El Gouna is a well-known tourist destination north of Hurghada, Egypt, offering a multitude of facilities for a variety of entertainment and sports activities and excursions. On the outskirts of the resort town is the Sheraton Miramar Resort, a luxury hotel built on an archipelago of nine islands incorporating beautiful lagoons and sandy beaches. 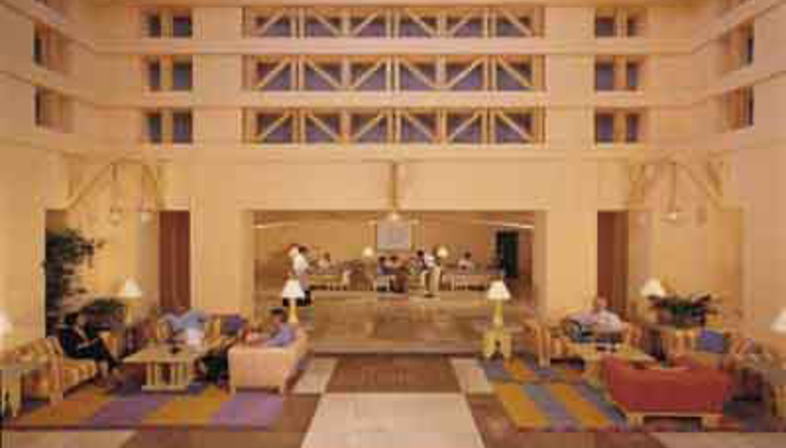 The hotel rises amidst the luxuriant vegetation between the mountains of Egypt's eastern desert and the crystal-clear waters of the Red Sea - the perfect spot for relaxing and having fun in the sun. The area incorporates a multitude of public spaces and facilities offering guests a variety of activities without having to leave the hotel complex.
The hotel was designed by US architect Michael Graves in 1995, and completed and opened in 1997. It covers 150,000 square metres entirely surrounded by beaches and lagoons which are linked with the sea through man-made canals.
The hotel has an imposing, spectacular entrance; the reception area is huge, spread over two floors, bringing to mind the palace of an ancient Egyptian Pharaoh with its thick walls and monumental columns.
The hotel's four hundred rooms are divided into groups identified by specific elements appearing on the facades; each room has its own private patio offering a view over the Red Sea and the myriad of lagoons surrounding the hotel.
On the upper floors are two "executive suites" and six "junior suites" which are truly worthy of royalty, with pyramid or cone shaped ceilings culminating in rectangular skylights.
Across from the Miramar Resort is a courtyard surrounded by an arbour offering swimming pools for children and adults and a sauna building, as well as a bar, a restaurant and a parking lot surrounded by an enormous colonnade.
Graves also design the interior furnishings, consisting of simple yet sophisticated furniture which is made locally to give the building a more traditional feel.
The hotel evokes ancient Egyptian art in many ways, and its fusion of Arab and Mediterranean styles makes the Sheraton a world-class masterpiece of architecture. At El Gouna Graves met the influential architect Hassan Fathy, and the result was an exchange of ideas which profited both men and made it possible to build a project like the Miramar Resort, fruit of a deep-seated harmony between two unique styles. 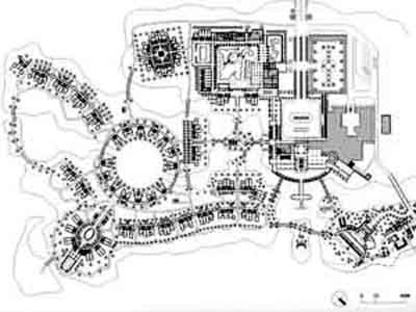 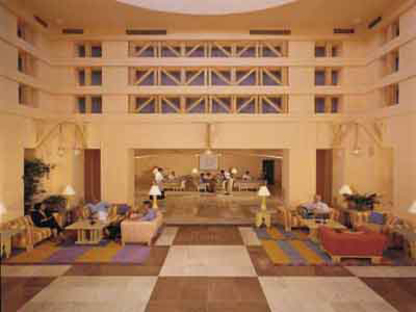 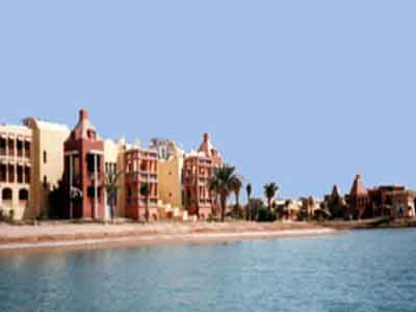 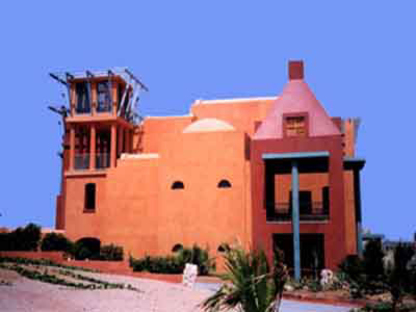 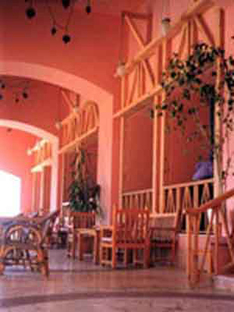