The 50s building which the Mexican group Ten Arquitectos was asked to convert into a hotel  located on one of Mexico Citys busiest streets  had no outstanding architectural qualities: it was an anonymous 5-storey box which gave off a sensation of squalor and abandon which was only increased by the worn bare concrete slabs of its balconies. 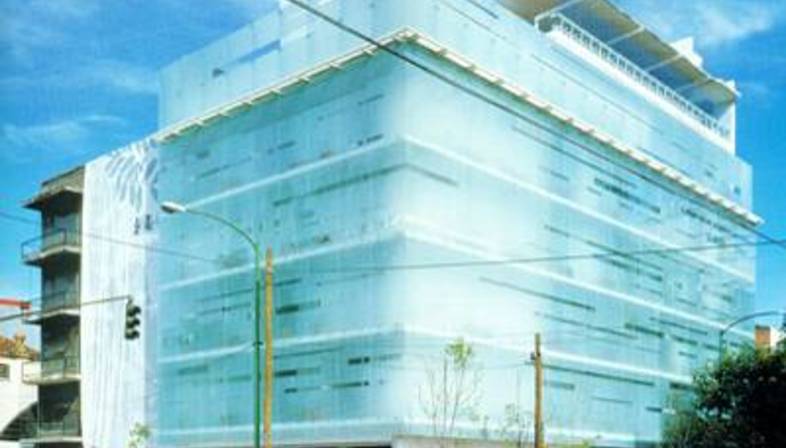 Like many contemporary architects, the Ten decided to envelop the existing structures in sort of glass package, like a second skin, much like their solutions for the Educare school sports complex in Zapopan or the Jaguar dealership in Santa Fé.

For in Zapopan in particular, the facade became a screen of glass and metal whose transparencies and reflections were enhanced by changes in the light and in atmospheric conditions during the day, and which transformed the building into a fascinating magic lantern by night.

This interpretation of the outer façade not as a rigid protective container for the interior but rather as a ?skin? allowing us glimpses into the interior is particularly compatible with much of today?s architecture, especially the Japanese school.

Like Sejima?s early Pachinko Parlors, or Toyo Ito, and like many of the works of Herzog & De Meuron ? such as the Ricola Deposit - in the Habita hotel the Mexican group plays with differing degrees of opacity and transparency in the materials they use, creating light, luminous effects which allow us to ?read? the weft of the existing floors as though through a translucent veil, interrupted in apparently random manner by clear strips which visually connect the building with the city.

The result is a sort of fascinating visual dialogue: for while the clear strips highlight the reality of the context, identifying significant fragments in it which are different in each case ? depending on the position and height of the rooms ? the effect created by the building preserves the slightly indefinite, evocative character of 3D renderings, adding abstract, virtual connotations to the existing context.

This expedient achieves the dual result of visually ?detaching? the new project from the existing block ? which, as it is not entirely owned by the hotel, has not all been restored ? while at the same time forming a protective wrapper around the hotel rooms, from which the city is seen as a bright light interrupted by ?real? frames, with a singular abstract effect which relates this invention to the most advanced experiments in contemporary art. 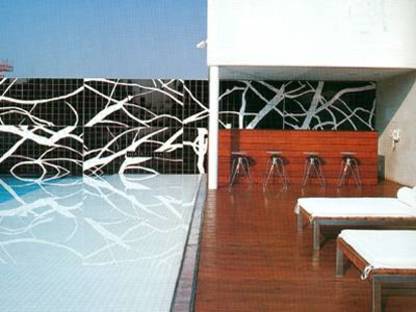 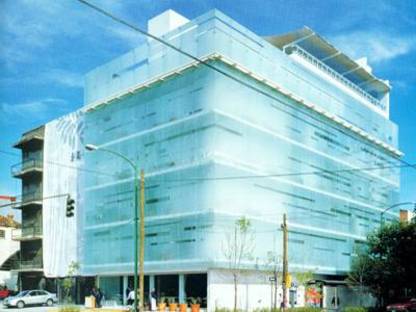 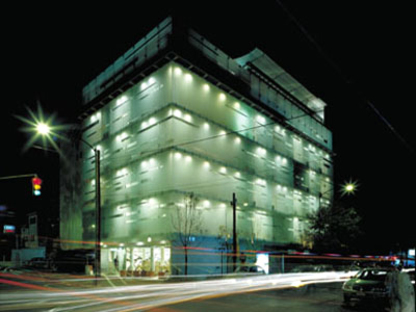 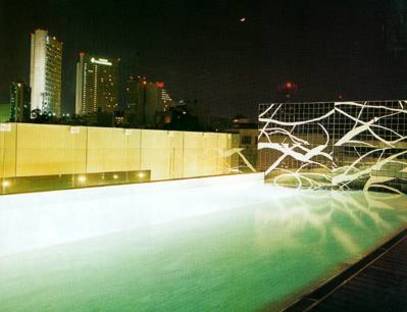 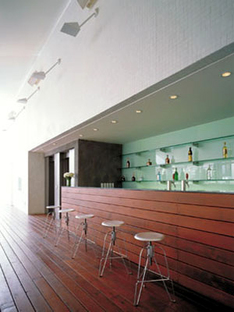