2019 is about to end and so is Matera’s year as the European Capital of Culture. But there are projects and works that will remain in the city long after this extensive international media exposure. One of these is Matera’s new Central Station commissioned by the Ferrovie Appulo Lucane (FAL) railways and designed by the Stefano Boeri Architetti studio. 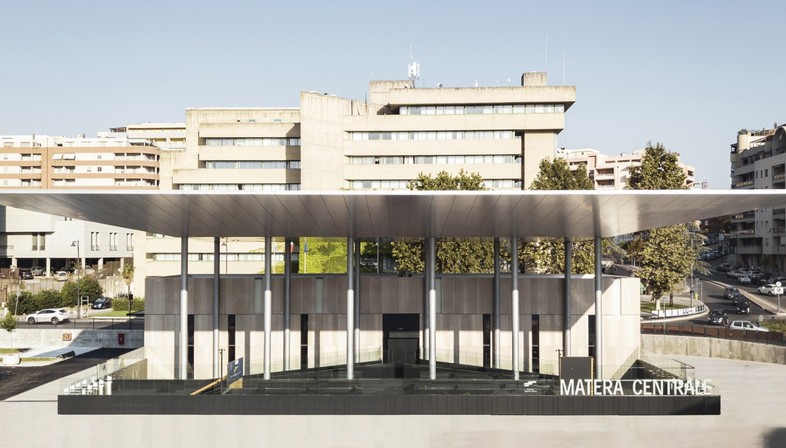 The new Central Train Station in Matera, Matera Centrale , commissioned by the Ferrovie Appulo Lucane (FAL) railways, designed by the Stefano Boeri Architetti studio and recently inaugurated, is one of the new works completed in 2019, year in which the city celebrated its time as European Capital of Culture.
The project designed by the Stefano Boeri Architetti firm redeveloped, both functionally and aesthetically, the existing station on the railway line connecting Bari and Matera, while at the same time restoring value to a very important area for the city. Piazza della Visitazione, in fact, serves as the main link between the “city of stones”, the oldest part of Matera, with the city built in the post-war period and with contemporary Matera.
The station is therefore no longer just a place offering services, indispensable for the railway connection and the functions related to it. Matera’s new Central Station has, indeed, became an important urban landmark, a place and an architecture that offer a glimpse into the various areas of the city visitors are about to enter. This new public space is immediately recognisable and recognised as part of the pedestrian square, which in turn is connected to the main access roads to the nearby historical city. 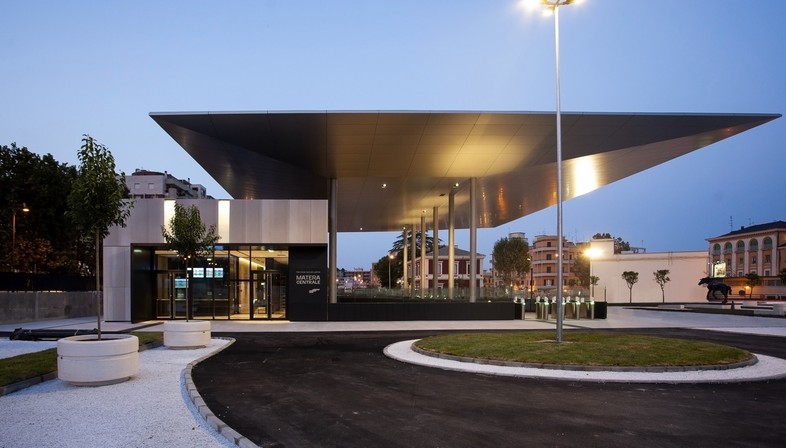 Stefano Boeri’s project has an important merit: restoring and providing a new identity and value to an area of the city that had been lacking in both. This result was achieved thanks to a strong and important intervention on the pre-existing architecture, followed by a project focused on a new architectural element. The defining element of the project consisted in creating a large rectangular opening measuring 440 square metres in the pavement of the square, which in turn covers the underground railway tunnel. A solution that allows air and natural light to penetrate right into the underground tunnel and reach the tracks at an altitude of “less than 6 metres”. Thanks to this design, the above-ground part of the station, which is public, is directly linked with the area underneath, intended for the actual railway service along the platforms. A solution that also made it possible to redevelop the railway tunnel, transforming it into a liveable space. The new architectural element, which can be considered as the second important aspect of the project, is a covering, measuring 45 by 35 m in width and 12 m in height from the square and therefore rising 18 m above the platform level. The roof is supported by twelve steel columns, progressing from the tunnel to the ground level and then up to a height of 12 m. The new roof defines the outer area, transforming it into a large covered space for tourists, travellers and residents. The square becomes a space that can be used and enjoyed even in adverse weather conditions and at different times of the day. A space that was previously devoid of urban value and that now has become a new landmark for the city, a place for meeting, waiting and passing through. The project designed by the Stefano Boeri Architetti studio was developed in line with advanced sustainability principles. The roof is covered with photovoltaic panels that guarantee the self-sufficiency of the station in terms of energy needs. What’s more, the panels produce enough energy to eventually supply the entire square and park.
With its new roof, Matera’s Central Station inserts itself into the skyline of the city and, at the same time, pays homage to it thanks to the sequence of spaces including stairs, terraces, overhangs and “caves” that characterise it and that recall the urban experience of the nearby Sassi districts. 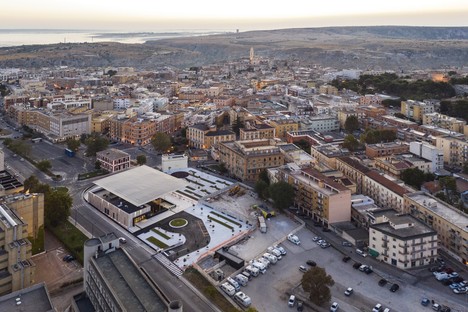 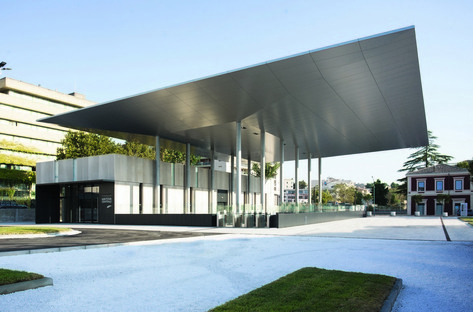 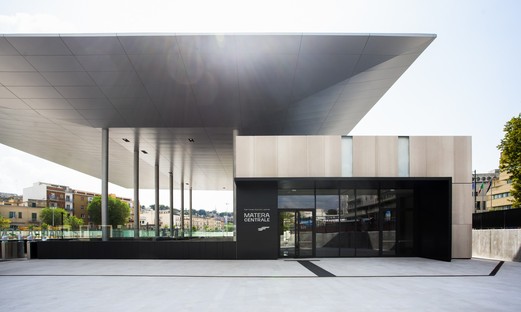 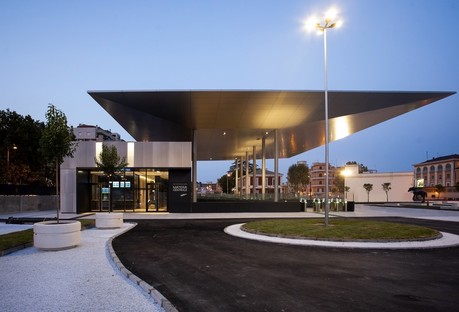 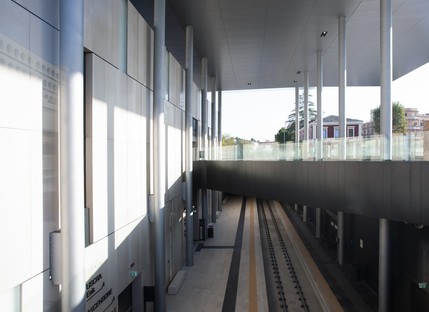 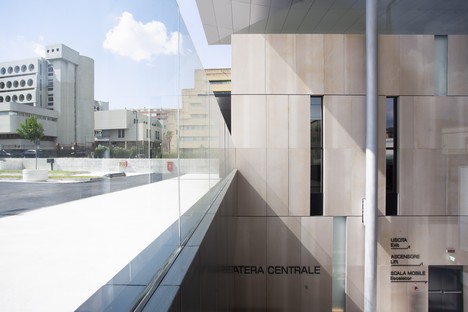 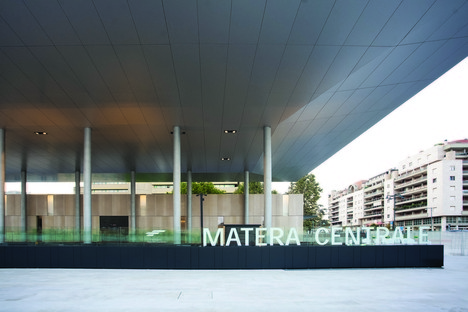