In a city whose building code did not permit construction of skyscrapers until only ten years ago, Massimiliano Fuksas returns yet again to this type of design with a new plan for development which will affect the growth of all the southern suburbs of Vienna 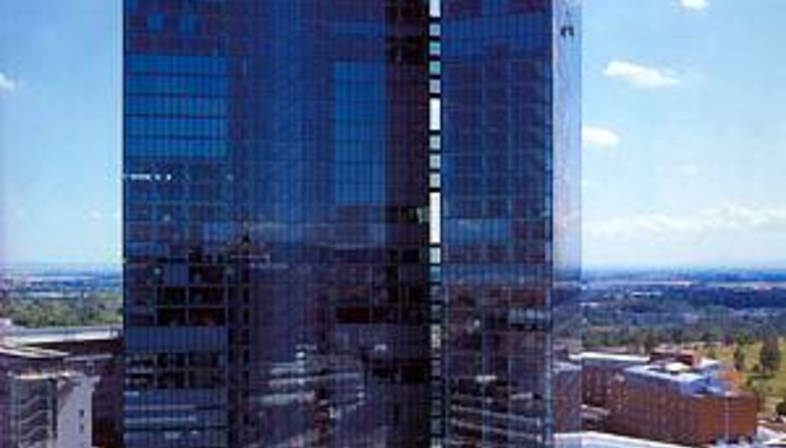 Our perception of the two towers is strictly linked to the clear coating that covers them throughout their entire height: they are essentially two enormous columns of glass, also because the energy systems of the complex have been prevented from interfering whenever possible by locating them in floors and ceilings. The transparency of the two blocks is the backbone of the design, and physically acts as a filter for connections such as continuous movement to and from the city, internal movement from one part of the complex to another, and, ideally, as a continuum between nature and architecture, work and recreation.

The towers are not exactly the same, but differ in both width and height, and therefore in the number of floors. They are set off from one another at an angle of 59° and connected by five multi-storey bridges which help to create an extremely decisive effect which characterises the entire panorama of the city, adding a new vitality to its image with the view of the two towers, which are never static and immobile, sometimes completely in view and sometimes visible only in part, at times mere shadows impending over the city landscape.

Once more Massimiliano Fuksas experiments with the possibilities offered by application of technological development to the transformation of the city space, adding to and exalting a number of points which have always lain at the heart of his work: development of the city and its functions through a link between density and green areas, and above all contamination with architecture, and use of architecture as a way of connecting function with emotion. 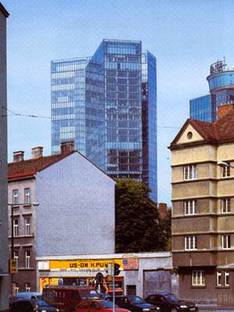 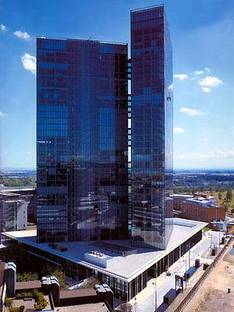 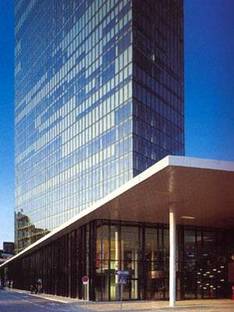 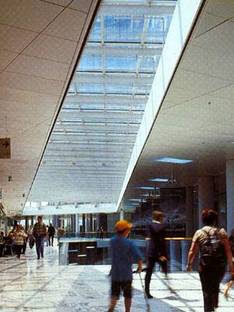 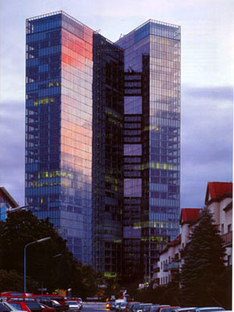