Màrio Louro conceived of his house as a three-dimensional frame suspended over the dry, red soil of the banks of Rio Cavado near Braga in Portugal. 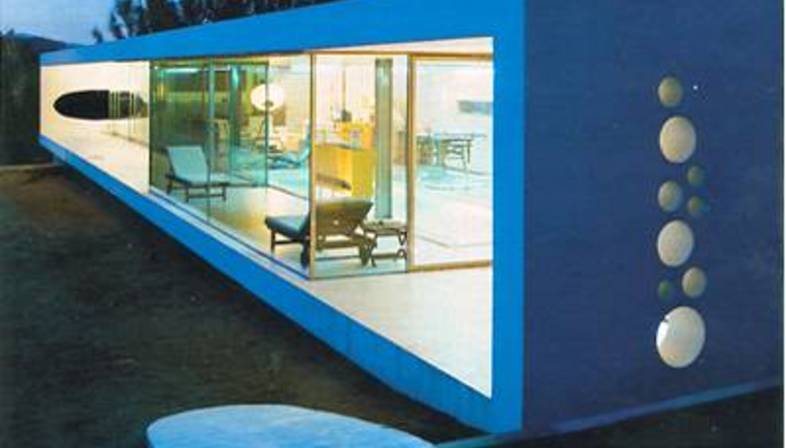 The architect, who trained at the Porto Faculty of Architecture under Alvaro Siza, experiments with the predilection for clean lines and the minimalist attention to detail of Portuguese architectural tradition in his own home.
Màrio Louro constructed the building as an architectural object in its own right, whose pure, abstract geometric forms intentionally contrast with the soft curves of the surrounding landscape.
The impression one gets when looking at the house, especially at night when its play of transparencies is more evident, is that an alien object has fallen by chance among the red sands of the Rio Cavado.

Louro's house is a white box 32 metres long and 12 metres wide, partially suspended on slender slanted piloti and partially resting on a slope contained by a stone wall which cuts out the space for the garage.
A load-bearing frame of reinforced concrete gives form to the large space of the house, divided lengthwise by a wall separating the day and night areas.
While the two short sides of the building are solid to accentuate the framing effect, the long façades are treated differently, emphasising the division of the home into two functional parts on the outside as well.

The façade on the western side, where the daytime area is located, is a continuous face of glass set three metres back from the outer edge of the structure so as to form a minimalist loggia with a beautiful view out over the river.
Louro considers the wall of glass a sort of clear filter to keep out the weather; the ample living space is always visible from the outside, both by day and by night.
The absence of structures framing the plates of glass, which are set directly into the floor and the ceiling, helps do away with the sensorial boundary between indoors and outdoors.

The building's eastern façade is more massive: the space inside the thick frame is enlivened by a series of convex and concave surfaces revealing the strong plasticity of the private part of the home.
Louro conceived of the bedrooms as independent volumes to which he has given a different form: solids with organic lines follow one upon the other along the corridor, creating a flowing sequence of rooms separated by large areas which dilate and contract space.
The bedrooms have skylights in place of windows, with French windows between them to let light and air into the house.

The load-bearing wall separating the night area from the living space extends along the whole length of the house. Interrupted only by two doors, it houses the air conditioning system and a chimney.
A single room measuring 160 square metres, facing east, houses the "public" part of the home, with a spatial organisation reminiscent of a loft housing the kitchen, living and dining area, study, a bathroom and a swimming pool.
The pool, which faces onto the panoramic loggia, is integrated into the interior of the home through opening glass panels which add to the fluidity of the spaces in the house. 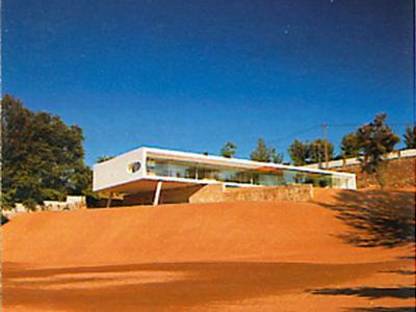 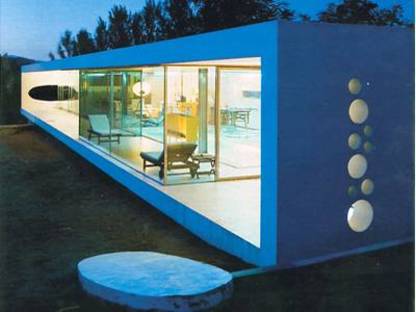 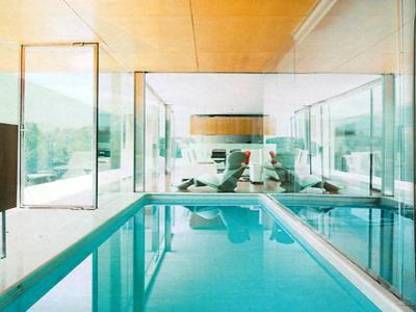 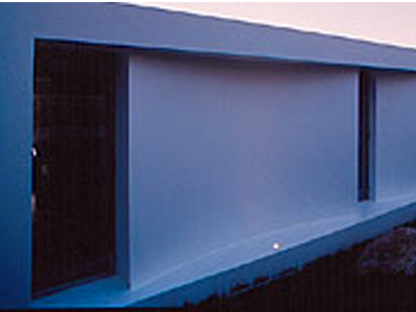