It took 10 years to get through the red tape before building this complex building, made practically by two men as a home for culture and memory. 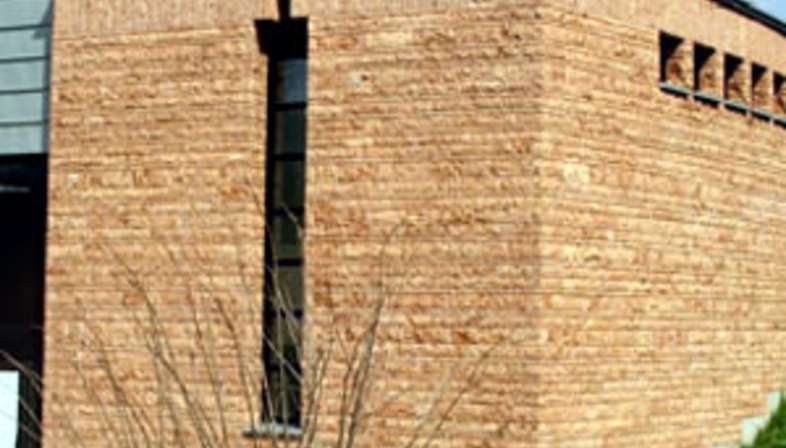 The library built in Einsiedeln, in the German canton, was designed by Mario Botta in the early '90s but not opened until June 9, 2006.
The library is named after Werner Oechslin, an art historian and professor at the Federal Polytechnic in Zurich whose private collection of architectural texts (dating from 1500 to the present) is housed in this new building created for the purpose.
But Oechslin is not only the owner of the collection: he actively participated in the design of the library, according to Mario Botta, who said at the inauguration ceremony that he had "leant his pencil" to Oechslin. For the library is the product of the encounter between the academic's mind and the architect's vision, between philosophical and technical knowledge.
The building, which cost about 4.5 million Swiss francs to build, is clad in red Verona stone; given its position on the side of a hill, use of this material makes the building look as if it is emerging out of the ground. Its clean, essential lines form a simple kind of architecture which is nevertheless much more than a container, embracing the spirit of the place and of the texts preserved in it and inviting visitors to reflect and observe. 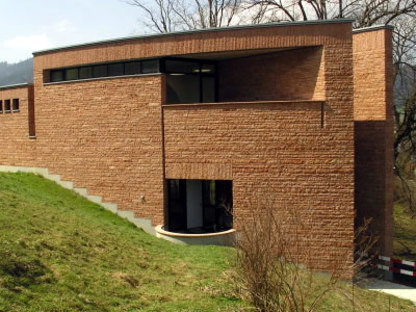 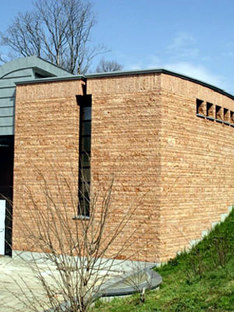