A bus shelter designed by architect Mario Botta and numbered among his minor works was built in Lugano's Corso Pestalozzi in early 2002. 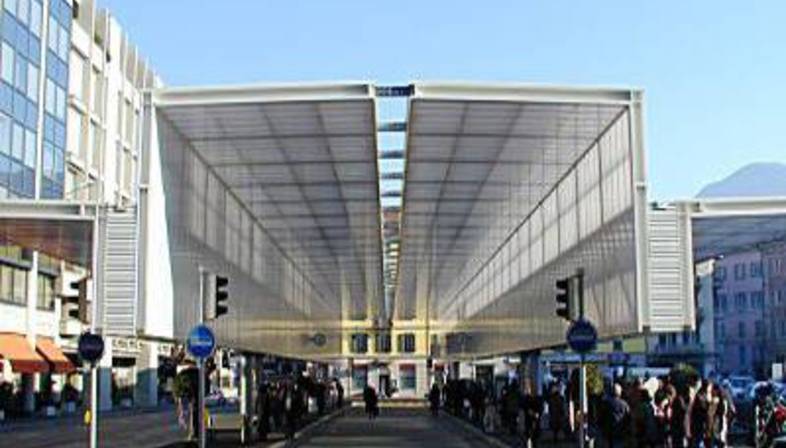 The town had seen no new instances of civil architecture for some time: little had been built since Otto Maraini's 1904 Palazzo degli Studi and Rino Tami's 1940 Town Library. In July 2001, after a series of delays due to budgeting, approval was finally obtained for construction of the new bus shelter.

The shelter consists of a steel structure supported by four pairs of pillars, set a few metres back from the corners of the quadrilateral; the result is a large overhang which emphasises the lightness of the entire structure.
The metal structure of the shelter is entirely covered with translucent polycarbonate panels which allow us to glimpse the structural elements, in different ways with different lighting; at night, the light alters the colour of the panels, marking the progress of the seasons like an enormous calendar: light blue for spring, white for summer, purple for winter and pink for autumn.

The essential characteristic of the shelter is its extreme simplicity, combined with the presence of well-proportioned, well-calibrated elements, earning it a reputation as one of Botta's best works. And yet critics raised objections some time before it was inaugurated: unfamiliar with the final project, they worried that the final result would be unsatisfactory, judging on the basis of the work going on at the site. But once the work had been completed, many of them changed their minds, while others offered no further comments.

The lively debate in the pages of a number of local newspapers prior to the inauguration of the shelter was particularly concerned with rejection of the transformation of a wide open space into a much narrower space due to insertion of what was seen as a "foreign body". But now that the work has been completed, it cannot be denied that the new bus structure is a truly successful instance of public work: not only is it functional, comfortable and spacious, but is much more valuable than it's humble role would suggest. The idea of resting a structure over seventy metres long on just four pairs of pillars, not even particularly big ones, is in fact a brilliant intuition on the part of the architects and engineers and a creative act requiring imagination and courage.

The whole construction appears elegant and orderly, brilliant by day and almost magical by night, due to the effect of the lighting system. The structure's true aesthetic quality appears in the main façade of the structure, which cannot be called a ceiling, as it is not supported by any kind of wall: the particular "view from below" gives the architectural complex a truly unique style, contemporary and yet basic at the same time.

All the controversy regarding the construction's excessive length or lack of respect for the façades of the buildings around is merely rather vague discussion, however legitimate, of what is essentially a matter of opinion. 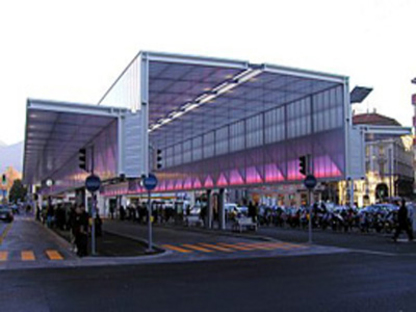 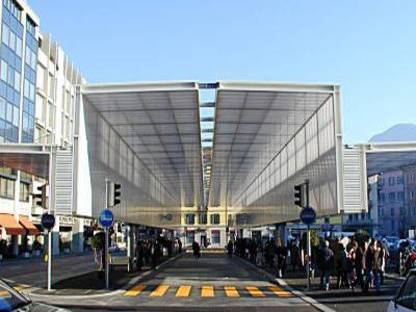 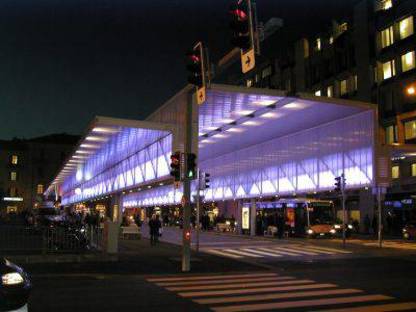 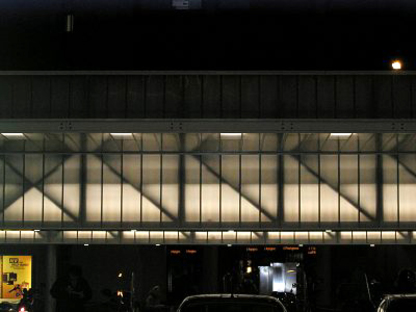