A solid, compact square volume: the Deutsche Bundesbank in Chemmitz, a town in Saxony, is characterised by plain geometry and a prestigious image. 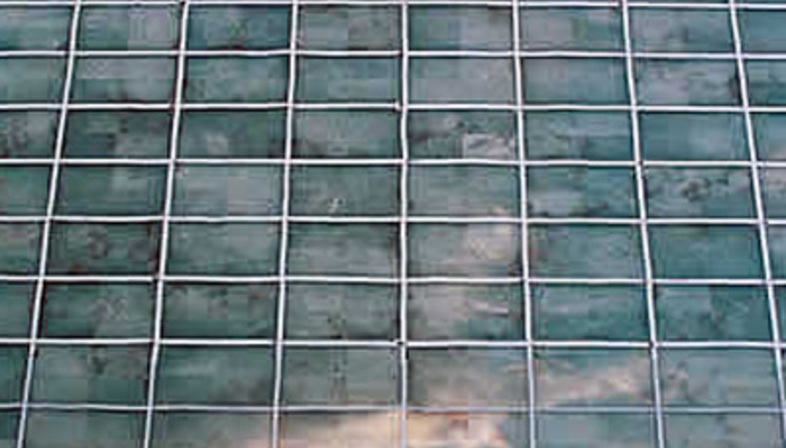 The architect's goal was to create a sober building that would be "lightened up" by use of appropriately chosen materials. The building is made up of two blocks: a parallelepiped (with a 46x50 metre base) 10 metres high, and another volume placed over its central part.
This solid, static image contrasts with the cladding on the main facade, made up of alabaster slabs surrounded by a bronze profile. The result is an iridescent image which cannot go unnoticed by people walking or driving around the park in which the building stands.
The bank building is located in the Park for the Victims of Fascism, a stand of centuries-old trees which let very little light through. This is one reason why the Deutsche Bundesbank building stands out so much with its bright light and reflective materials. Its appearance changes with the weather and the time of day, as light and shadow create different effects on the facade. While the wall lets light through from outside by day, at night artificial light makes the alabaster brighter and more iridescent and emphasises its veins.
The building is made of 256 slabs, formed by three layers of crystal alternating with an alabaster slab and an air chamber. The architects' goal for the facade was to create a continuous wall with no intermediate supports so that people could enjoy its appearance on the inside too, along the wall's entire 18.70 metre length.
The other walls are less showy, clad with horizontal slabs of light-coloured stone interrupted only by windows.
The entrance is on the alabaster facade, but stands out from it in shape and colour: it is a parallelepiped emerging out of the wall covered in burnished bronze.
Inside the building is a hall running the length of the alabaster facade and offering access to the offices via a grand staircase. The office walls are covered with wood and slate, while the ceiling in the reception area is enriched with a work by Petr Kvicala: a continuum of fluid, sinuous lines. 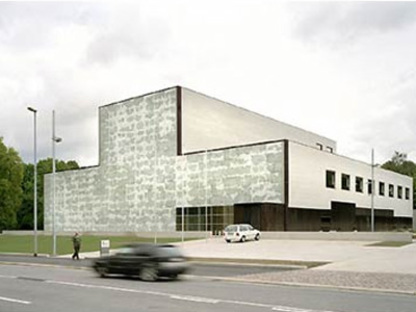 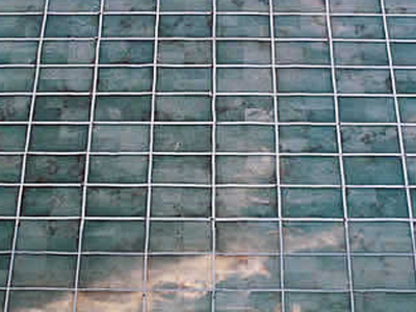 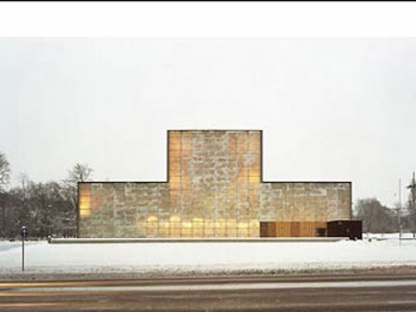 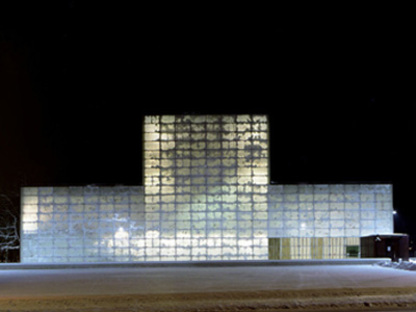