In 1999 the French architect Dominique Perrault received an appointment to design the first supermarket for the new chain, M-Preis, with a specific request by the commissioning party to join the requirements of order and distribution with innovative design. It was, however, mostly the spot dedicated to hosting the new building that guided and inspired the architectural choices made by Perrault who, in fact, was influenced by the proximity of a Swarovski crystal factory . This is demonstrated by the building's precise and defined geometry, together with a prevailing use of glass.
Wattens, the Tyrolean location that has welcomed the new building, saw it come into being in a very brief period of time, four months from the beginning of construction, to be exact. Glass and cement are the featured materials. Glass was used mainly for the façade, together with metallic grills, giving life to a surface that is completely transparent and permeable when viewed.
This area of the building, in fact, faces a small artificial wood, enclosed in a sinuous shell. Transparency is an element that was desired most of all to create some ample panoramic views of the beautiful Alpine landscape and therefore was also used for the other walls, which, however, have glass that is more or less opaque, depending on weather conditions.
Instead, cement was used mainly in the rear area, which contains the spaces that host offices and warehouses. The 1,500 square meter surface area is distributed on one level only, with an internal structure that concentrates first and foremost on the criteria of functionality related to the supermarket's requirements, but also on those related to comfort, giving life to a space where one can have a rest and sip a coffee.
Instead, the central area houses the supermarket shelving and counters, where a high-tech design style has been favoured, this is also evidenced in the panel lighting system. The exterior features a metal cantilever roof that marks the main entrance and also highlights the cubic, red M-Preis logo. This work, with its simple, functional lines once again reflects Perrault's preference for an order that originates from small interventions, gestures that define a space to make it usable.
In 2003, Perrault also created a second M-Preis supermarket in Wattens that features the same common threads: the use of glass, metal and cement, the exploitation of natural light and an emphasis on transparency. 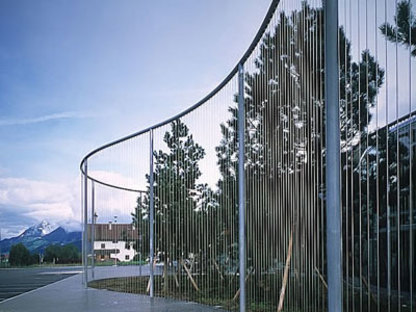 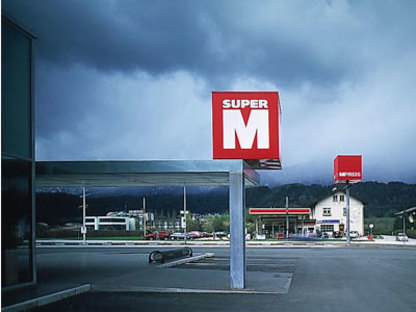 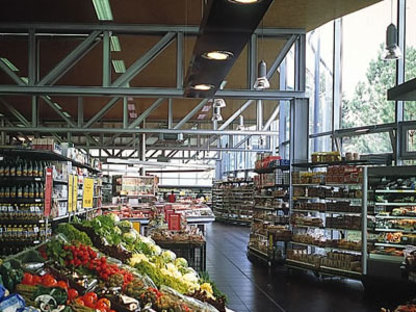 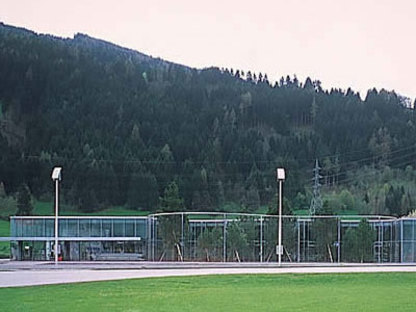