The museum was destroyed in the earthquake only a few years after its 1894 opening. Rebuilt in 1921, it was damaged again in 1989. 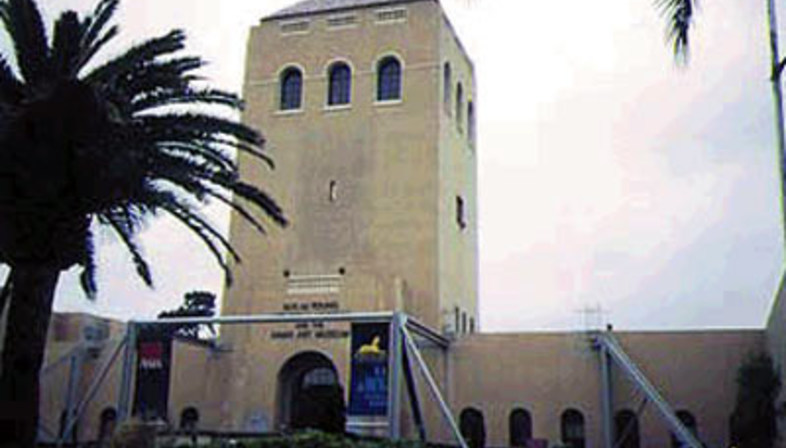 San Francisco?s de Young Museum, named after its founder, the publisher Michael H. de Young, was closed in 2000, but its troubled existence seems to have stabilised in 2005, when construction of the new building designed by Swiss architects Herzog & de Meuron was completed.
At first the architects wanted to build a "diffuse" structure: a series of pavilions sprinkled around Golden Gate Park to contain different collections representing different cultures. But later they decided to construct a single building which, while containing works from all over the world, would be able to do justice to their variety while at the same time correlating them in a single design. This is the origin of the three parallel strips between which the park can enter the complex, creating courtyards and large green spaces between the blocks. The underlying idea is the desire to express the possibility of co-existence of different cultures and arts.
And in fact the three strips do not simply sit beside each other, but interact to allow visitors to use the space in a flexible way.
The search for contact and distancing, connections and sudden interruptions are metaphors for the ongoing exchange of cultures, which however still have their own definite identity. This solution also allows the new architecture to interact with the park, establishing a close relationship with its natural surroundings as well.
The complex is designed to be open and permeable and to communicate with the outside world, turning toward the city to invite citizens and visitors to discover it. Thus the roof is elongated to create an area where people can meet, sheltered from the sun or rain.
But the element that stands out visually is the tower, with its irregular forms that stand out from the linearity of the project as a whole to become a new icon on the urban landscape. The tower?s panoramic terrace offers a splendid view of the park and the city. The building is clad in a copper-coloured skin with openings here and there to create evocative lights and shadows: a solution that adds vivacity to this building of great character. 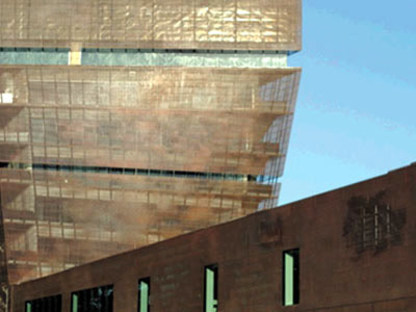 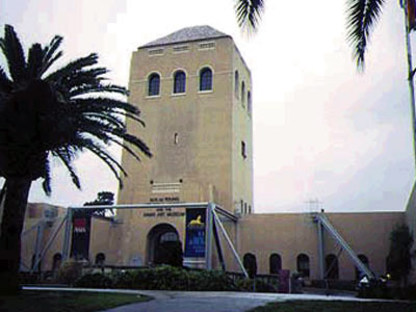 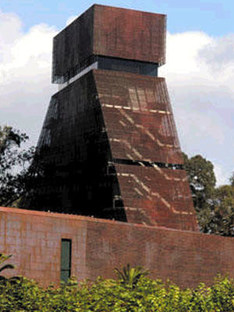 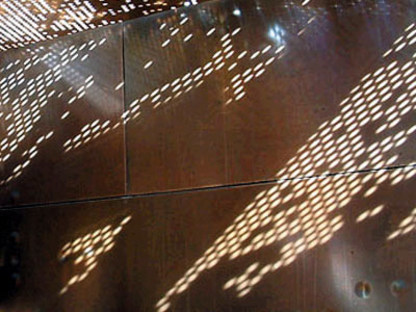