An office building constructed on the basis of the eco-compatible criteria of sustainable architecture, Low Emission Building is a project by Genoese architectural practice
5+1 AA which won an honourable mention in the prestigious Gold Medal for Italian Architecture. 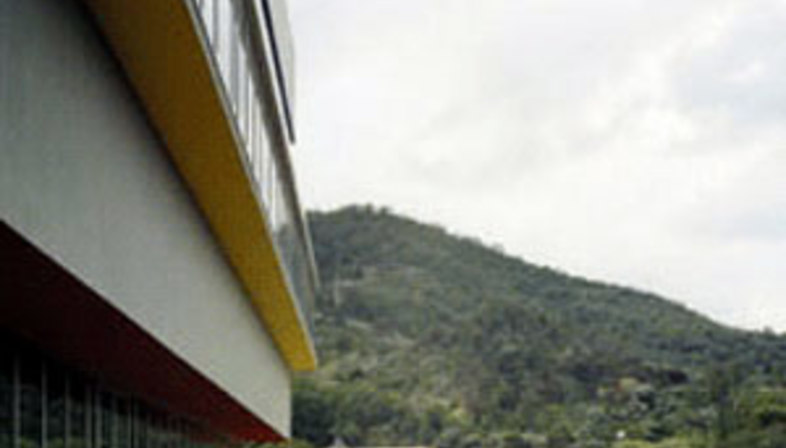 The award in the "Productive and public activities" section was presented to the building constructed in Vado Ligure in the province of Savona, in an industrial area containing warehouses, productive plants, a landfill and the main roads to the city's port. The area is on the outskirts of the city, and the overhead cables lines used to carry coal from the port in Vado Ligure to the power plant pass over it. The industrial zone's two smokestacks make it an easily identifiable landmark.
The new complex is inspired by analysis of its context, consisting essentially of long, low prefabricated constructions, stratifications, staggered volumes and a prevalence of dull colours.
These ideas, concepts and elements are reflected in the new building, but with an added touch of colour and life. The horizontal orientation of the buildings in the area is reflected in the new building, only three floors high, plus an underground garage.
The building's internal organisation is based on the criterion of simplicity, which inspired concentration of all vertical links in a single block at the back of the building. This volume, which also contains service areas, is set slightly forward with respect to the building's floor plan, to bring the bar and canteen closer to the garden outside. 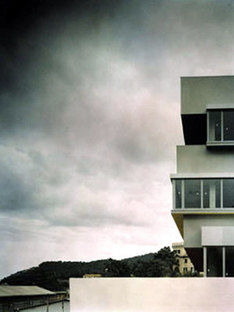 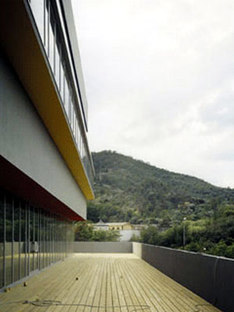 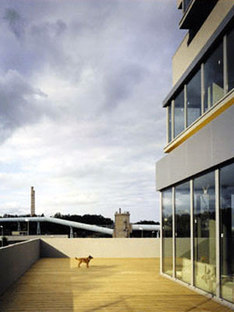 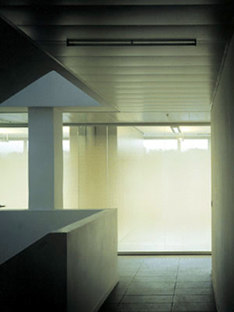