The Louis Vuitton trademark dates back to the nineteenth century. Ever since then the maison's image has been linked with production of luxury bags and luggage combining elegance with tradition. 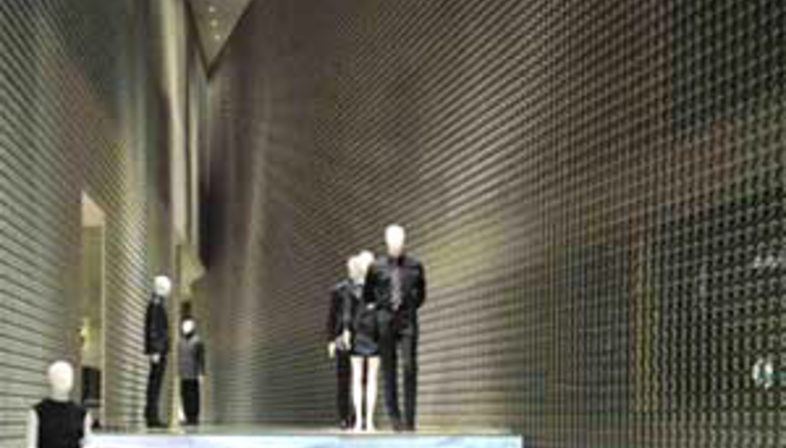 This is the case in Tokyo, where Louis Vuitton + Jun Aoki is the formula behind the success of the Louis Vuitton Roppongi Hills flagship store(2003). After building Vuitton's store in Omotesando - the epitome of the link between big names in fashion and the star system in architecture (Prada + Herzog & de Meuron, Tod's + Toyo Ito, Christian Dior + Kazuyo Sejima)- Jun Aoki has designed the company's new 900 square metre headquarters on the basis of a logic inspired by the contrast between the classic, elegant spirit of the French fashion house and the innovative vocabulary of the building containing it.
As Deyan Sudjic has written for Domus: "While Vuitton gives us the impression it has always been around, the trademark¿s present success is the product of continuous redefinition of its identity and ability to find creative paths to innovation."

The key element in the project is definitely the façade, a filter between the boutique interior and the city, sensor of the urban "mood" and the interest of passers-by. The façade is a sort of pixel screen made up of two layers: the first, entirely made of glass, acts as a screen for a mesh of 30,000 tubular rings, also made of glass, each 10 centimetres in diameter. Like a monitor, the facade is dynamic, mobile, changing from day to night with use of lighting in such a way as to dematerialise the store. A condition of permanent "instability" that involves the fabric of the city, while at the same time recording and monitoring its breathing, almost as if to absorb it and capture its vitality. In this scene - oscillating between the tangible and the intangible - the Vuitton object must be discovered, tracked down, as the constant element in the ever-changing architecture. 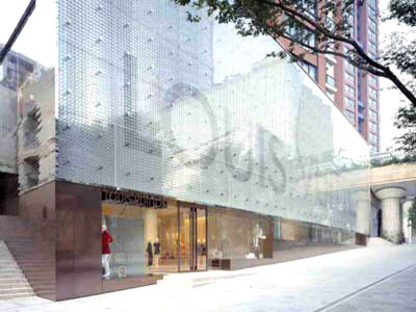 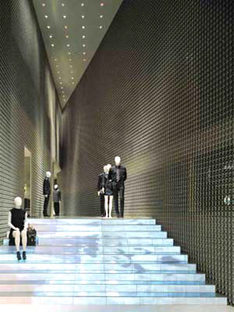 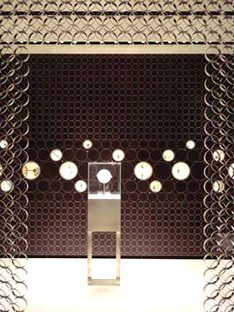 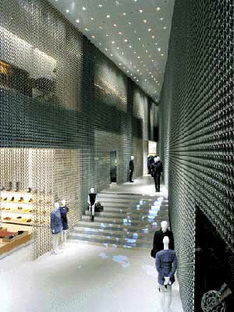