In 2012, three historic buildings in the centre of London, between Regent Street and Piccadilly Circus, were converted into the new Hotel Café Royal in an important architectural project by David Chipperfield Architects in partnership with restoration studio Donald Insall Associates. Lissoni Casal Ribeiro’s project fits into this conversion project, renewing all the common areas in the hotel with elements of contemporary design while preserving the memory of the place. 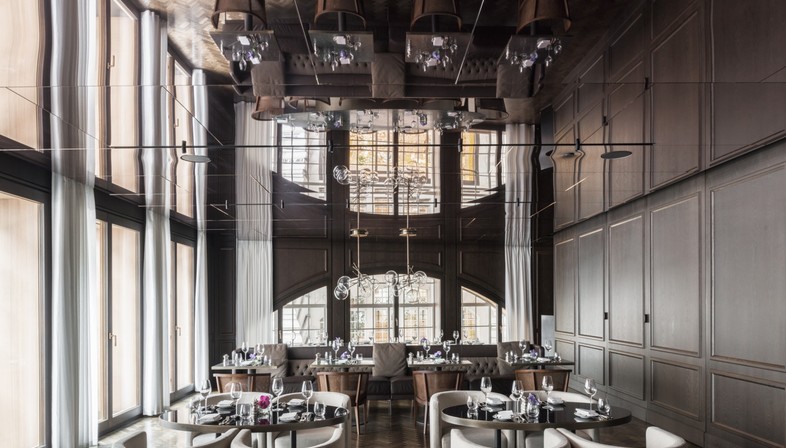 In central London, between two of the city’s best-known neighbourhoods, Mayfair and Soho, is a historic café founded in 1865 and frequented for over a century and a half by illustrious personalities from politics, sports and culture: Oscar Wilde, Winston Churchill, DH Lawrence, Virginia Woolf, and, more recently, Louis Armstrong, Muhammad Ali, Brigitte Bardot, Lady Diana, and David Bowie, to mention only a few. In 2012 an important architectural project by British architect David Chipperfield in partnership with restoration studio Donald Insall Associates converted the three historic buildings between Regent Street and Piccadilly Circus into the new Hotel Café Royal. The hotel will reopen in this form on September 4 to welcome guests from all over the world in spaces designed by Piero Lissoni. Lissoni Casal Ribeiro designed the interiors of the hotel’s common areas (lobby, concierge, two restaurants and a sushi-bar), fitting harmoniously into the architectural project while preserving the memory of the place. 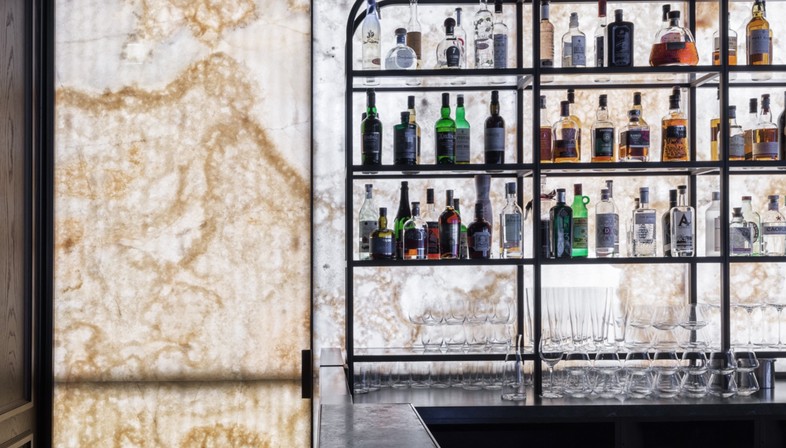 Lissoni Casal Ribeiro’s project does not alter the structure of the café, preserving its historic layout dating back to 1865. The architect uses materials and furnishings, some of which are custom-designed, to establish a dialogue with the memory of the place. The lighting in every single space is meticulously studied to evoke a “poetic contrast to obscurity” and create a refined atmosphere.
“The new lobby is a room that opens onto London life, a way of being both contemporary and classic,” says architect Piero Lissoni. “On opening the door,” he continues, “ you breathe the presence of history and the energy of the building and, through the design, I tried to bring calm and sensuality in a dialogue with this cosmopolitan city”.
The double-height lobby is a wide-open space, from the ceiling of which a dramatic light is suspended, an exquisite custom-made Murano glass chandelier. Artificial light is amplified as it is reflected in the polished brass table that seems to rise out of the floor. The two big parallelepipeds forming the reception counter are made of the same material, with ribbed backlit glass panels further exalting the space. To the sides of the reception desk are two lounge areas in warm, dark colours, while the adjoining room is the concierge. On the upper floor is the sushi-bar, leading to the restaurant, Laurent at Café Royal. Situated along the gallery that delineates the perimeter of the lobby, the restaurant is an informal but sophisticated space featuring a show kitchen, Vienna straw armchairs and custom-made benches. The second part of the restaurant, accessed from the other side of the sushi-bar, recalls the atmosphere of a London club, to which the architect has added a mirror ceiling that seems to magnify the space, with a surprising effect. The backlit onyx wall behind the bar counter offers another example of how the historic buildings’ history is balanced by elements of contemporary design. 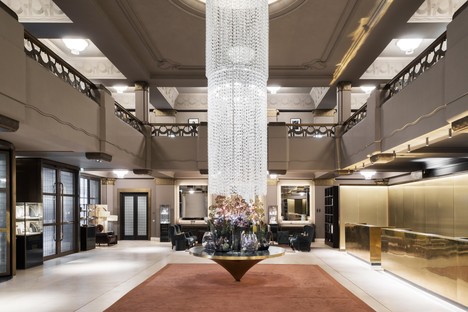 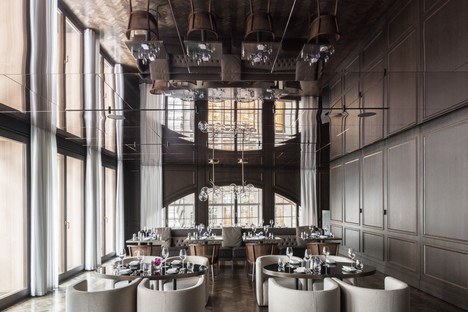 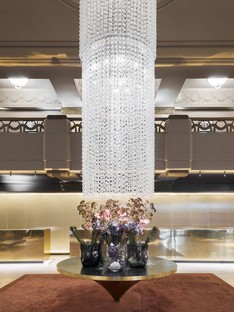 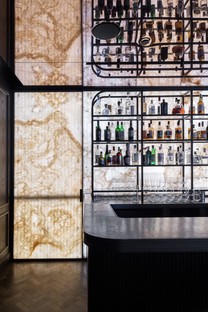 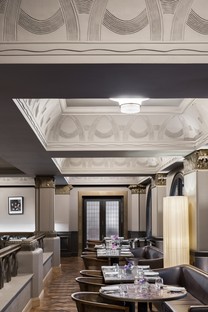 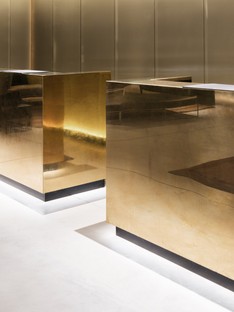 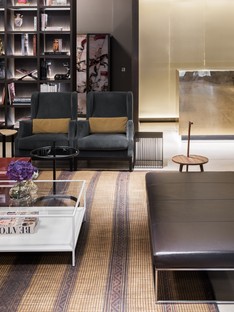 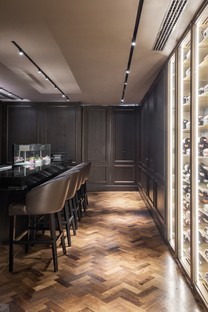 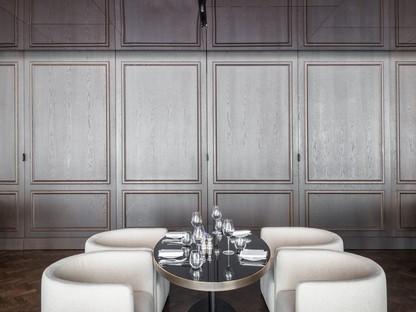 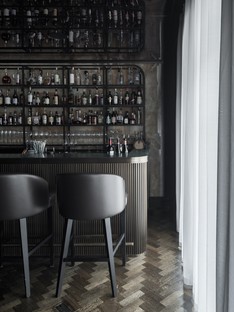 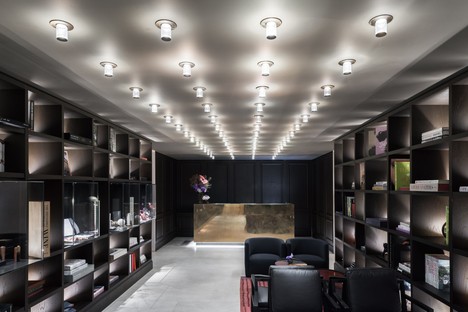 Capsule Hostel and Bookstore named World Interior of the Year 2021