The Royal Ontario Museum (ROM) in Toronto is a natural history museum which was founded in 1912 by the provincial government and Toronto University and became independent in 1968. 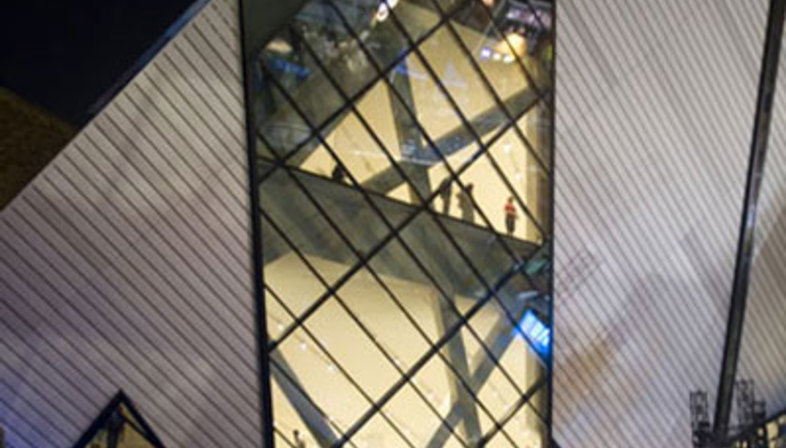 It is now famous for its collections of Chinese art, medieval and Renaissance decorative items and First Nations art of North America. The original building designed by Darling and Person now has an additional 7400 square metres and, above all, a completely new look by architect Daniel Libeskind.
The expansion cost 135 million dollars. It looks like a futuristic silver sculpture of broken lines and sharp forms. Irregular, asymmetric and surprising from any point of view, the Lee-Chin Crystal, as the new building has been called, was built in four years amidst great controversy. The size, colour and irregular shape of the volumes contrast sharply with the adjacent Victorian brick building.
As soon as it began to appear the structure became the subject of debate among citizens, but its supporters saw it as a possible turning point in Toronto's architecture.
The new building extending out of the old one is said to have begun life as a sketch Libeskind drew on a paper napkin. Its forms look like the product of a sudden explosion, like great shards of matter randomly positioned with no logical order. At 120 feet, they are much taller than the original building, but this is not what creates the strongest contrast: this is created by the materials - aluminium in place of stone - and the dispersive form contrasting with the solidity of the Victorian building.
The reference is to the shape of the gemstones kept in the museum. Diagonal strip windows and trapezoidal windows cut the surface of the walls, whose lines have redrawn Bloor Street. The museum required use of the most advanced construction techniques and the work of specialised carpenters capable of working at heights of over 30 metres. 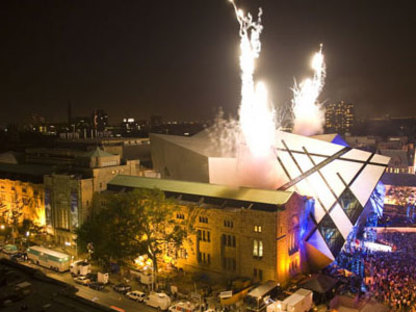 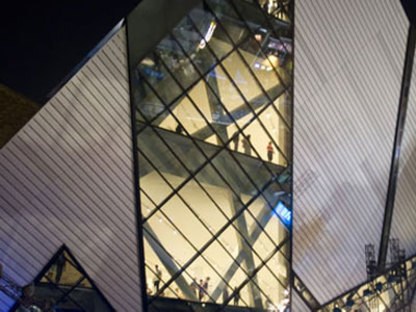 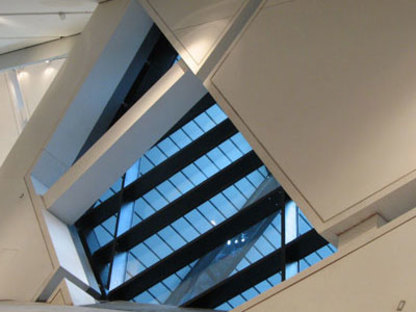 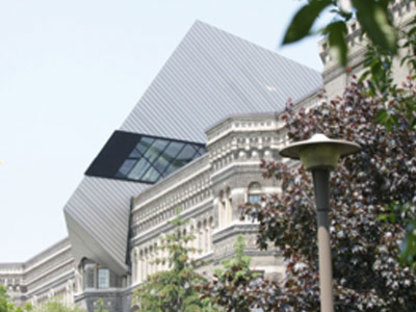 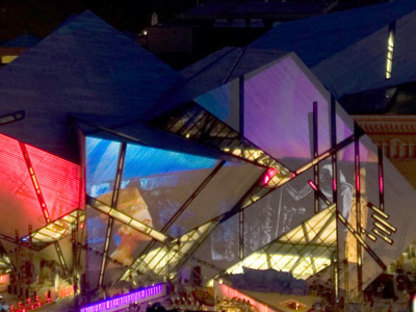