Light, large spaces, linearity and harmonious architectural solutions are the key elements of this new shopping centre, created in a vast disused area in the province of Bergamo. 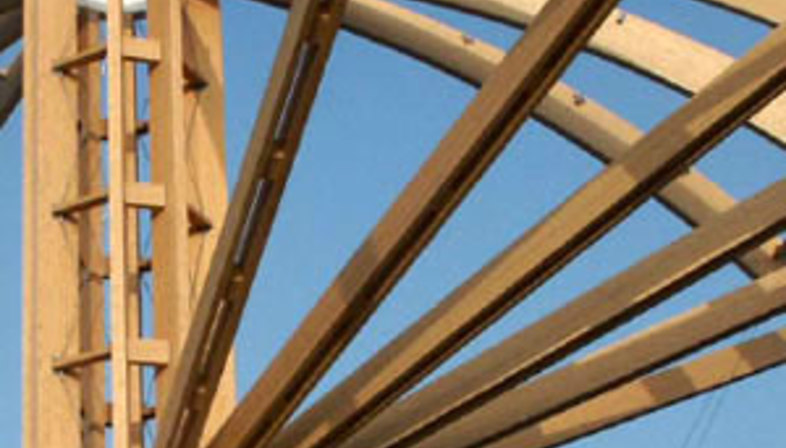 The huge zone of the Cortenuova ex-steelworks stands at the centre of a vast area of the plains of Bergamo that are still today dedicated to agriculture. The area has recently been reclaimed and transformed into a new activity and meeting place to create a "shopping village": "Le Acciaierie" are made up of four separate buildings with interlinked activities. BR> The fulcrum of the work is the piazza, with its enormous transparent covering of an umbrella-shaped cupola, aimed principally at being a place for meeting, entertainment and eating. Around this is the "city park", which includes games and recreation activities and a hundred-room hotel.
Wood, aluminium and glass are the protagonists of this huge structure, which is inspired by the shape of the circus big top and forms a piazza surrounded by a large covered showroom and sales space.

The shopping centre covers an area of around 58,000 sq m and is mainly built in concrete, while the structure of the circular area covering the shopping centre piazza is made of laminated wood of a diameter of around 82 metres, resembling an enormous umbrella. This is made up of two parts: a cupola with a central tower and an almost flat circular ring along its perimeter.
The cupola, with a diameter of 43 metres, is made of arches in laminated wood pivoted on a 29 metre-high central tower, while the other end is connected to a rectangular beam around 17.5 metres long. 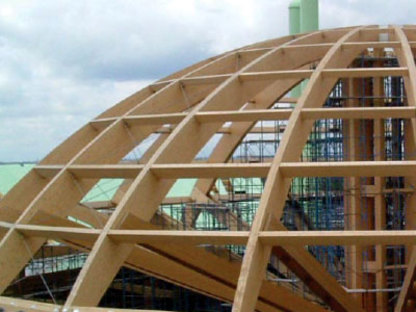 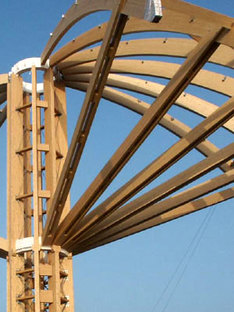 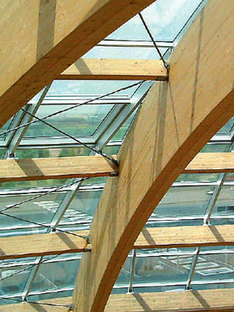 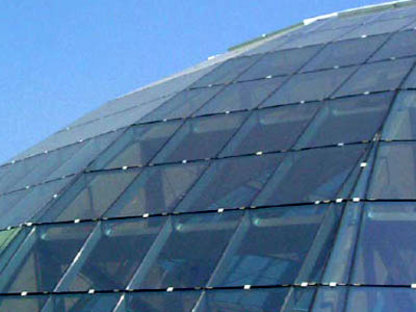 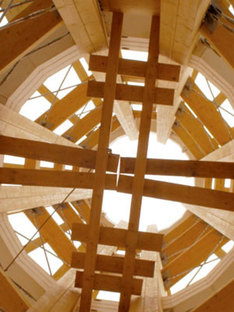 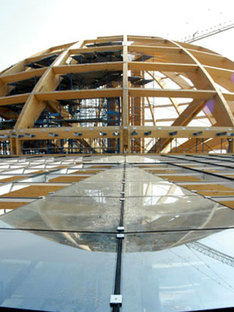 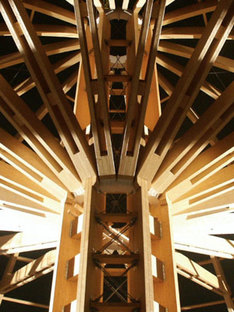