This residential building in Brussels' Scailquinstraat was built in 1969 and is one of the city's tallest buildings at 30 storeys. 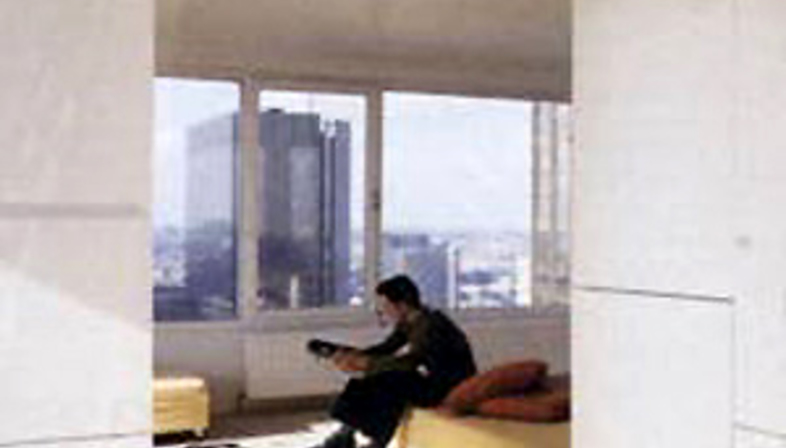 Architect Karel Vandenhende renovated a 24th floor apartment in the building between 1998 and 2000, applying a simple but interesting solution.
Vandenhende completely freed the 95m? apartment of secondary walls, transforming an apartment originally containing four rooms plus bathroom and kitchen into an open space.

This was made possible by the structure of the building, whose load-bearing walls define the perimeters of the apartments.
The only constraints on the project were posed by connections for the kitchen and bathroom pipes, which determined the location of these areas.
The two utility areas were "boxed in" in two small parallelepipeds in the centre of the apartment to reduce their bulk as much as possible.

Vandenhende completed the apartment with the aid of a series of identical elements: three sofas, three chairs, three tables and ten multifunctional containers.
Different arrangements of these elements around the two fixed of the bathroom and kitchen results in an infinite number of spatial solutions, a number of which have been scrupulously recorded by their author and identified by the date on which they were applied. 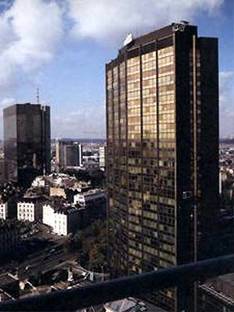 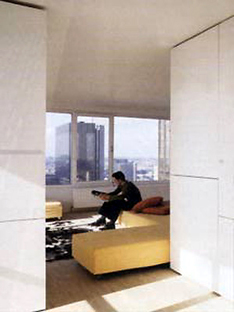 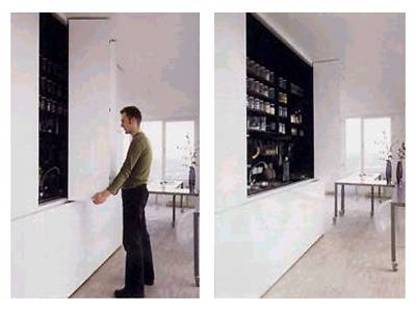 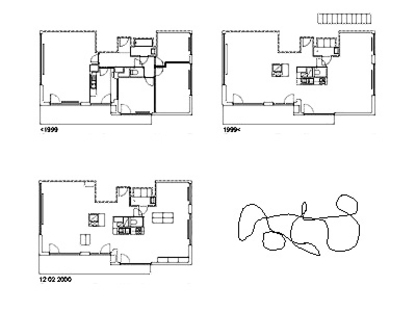 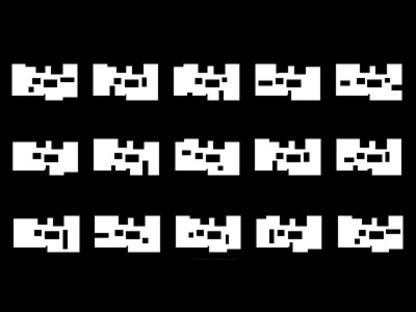 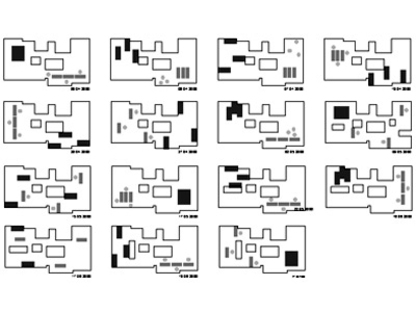 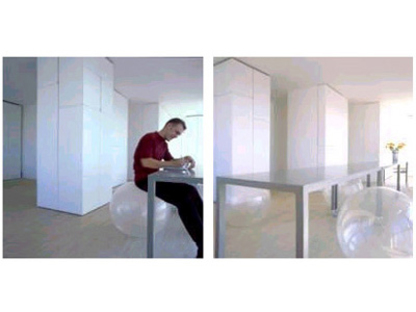 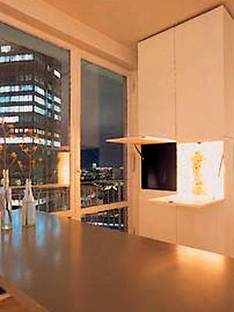