Within the context of the Seinäjoki civic centre, designed by Alvar Aalto, JKMM Architects conceived the new library, integrating the functions of the great Finnish architect’s work. The new building – composed of three connecting volumes – is simple and adopts a contemporary approach, and sustainability is also considered in the materials selected. 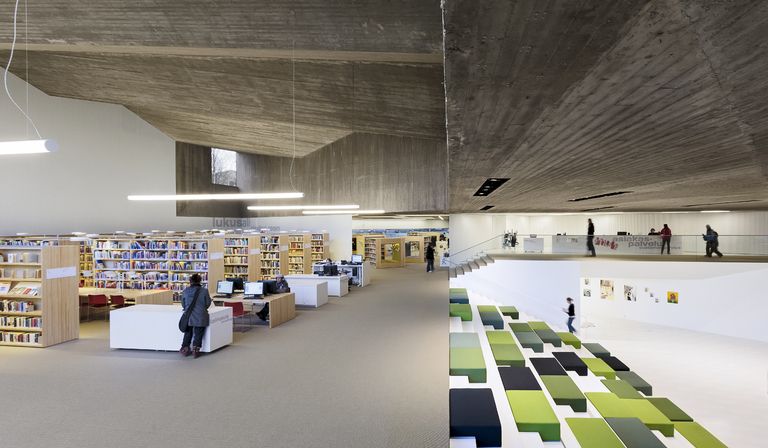 The new library in Seinäjoki, Finland stands on a plot facing the old library facility, designed by Alvar Aalto between 1960 and 1965. JKMM Architects, who completed the recent work, added a contemporary element to the urban plan designed by the Finnish architect starting from 1951.
In the first place, the project establishes a spatial relationship with its urban context, where the cluster of buildings ? city hall, church, library and theatre ? played an emblematic role in identifying the town centre through the years. The new building physically ?looks? at its memory, because it has been fragmented into three large volumes around the clock-tower of the Lakeuden Risti church and the famous fan-shaped façade of the old library. Only the pure, luminous façade of the entrance alludes to Alvar Aalto?s starkly immaculate walls; on the other hand, pre-oxidised dark copper panels form the skin of the new buildings, as a clear break with the past, where copper, with its bright green patina was only used on the roofs.The glass curtain wall providing perspectives are another break with the original design: while Aalto?s buildings faced in on themselves, enigmatic architectural sculptures that strictly circumscribed their functions, today's architecture cannot exclude the landscape. The primary function of a contemporary library is also to show citizens the many activities it offers, as part of the values of an urban centre. So the architects opted for large, glass facades, with full height windows, which offset the starkness of the three geometric volumes of the new complex; like large eyes, these look at the city and also draw attention to the inside, lighting up the activities of the community centre.
Another interesting element are the proportions that reconcile the new library with the scale of Alvar Aalto?s monuments: indeed, the aim was to create another visual point of interest, another landmark that would not be overwhelmed by its tribute to the existing architecture, but that would become part of it, in a play of perspective strokes.


As a result of new modes of communication and easy access to information, the library?s role is undergoing a transformation, turning into a repository of knowledge, which it must preserve, and providing the setting for meetings, events and cultural encounters. So, JKMM decided that the actual interiors of the library building must be able to encompass the new pace of transit and use by providing open spaces and flexible connections to the communicating areas. In this case, the symbol of the new spatial composition is the grand central staircase that leads visitors from the ground floor to an underground passage that connects the new spaces with Alvar Aalto?s library. However, this is not just a connection, it is a central and brightly-lit space in its own right, with cushions on the stairs like tiers in a theatre, where visitors can stop and read, have a chat or simply attend conferences.
Lastly, in terms of climate control, the cast-in-place concrete structure guarantees efficient overall thermal control, while the large, mainly north-facing windows reduce the excess solar gain in summer. 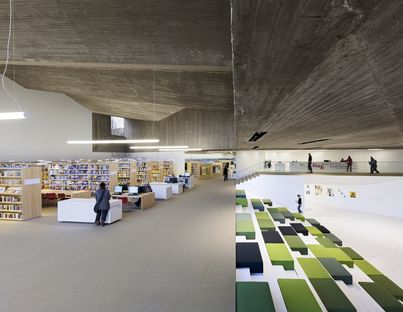 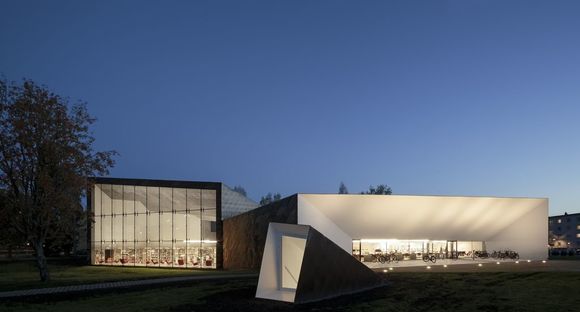 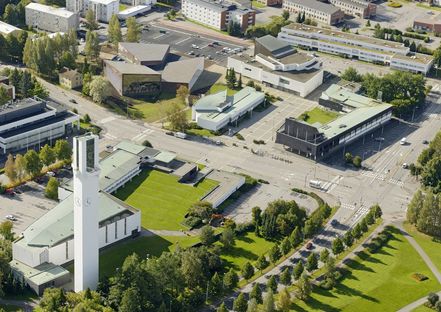 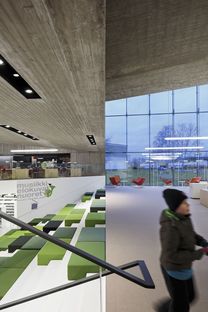 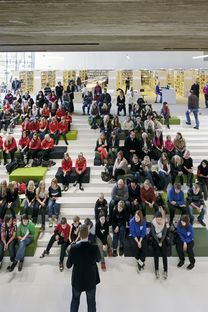 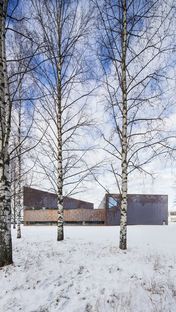 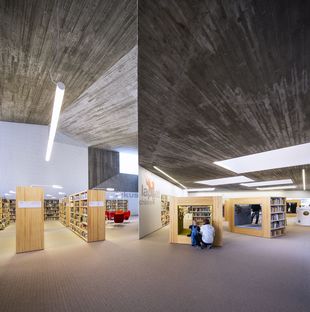 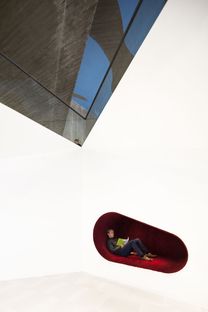 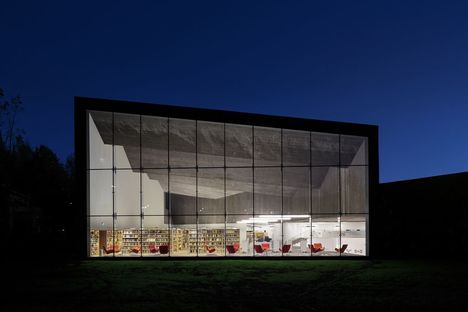 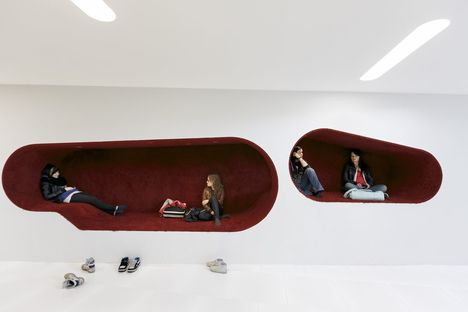