Totally inspired by the culture and building traditions of the country, the Jean Marie Tjibaou Cultural Centre is one of the most unusual works created by Renzo Piano, because it incarnates the spirit of the Kanaki, the people of New Caledonia where this large and fascinating complex has been built. 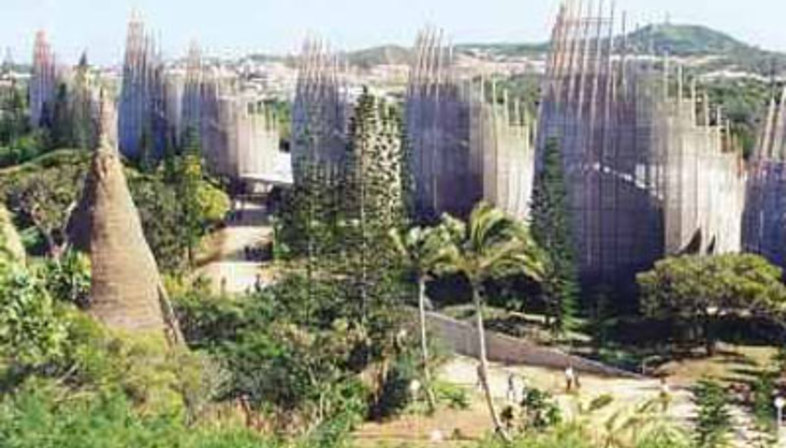 The idea came into being in the early 1990's, after the assassination of Jean-Marie Tjibaou, leader of the Country's independence movement, a French colony since 1864. It was indeed after this tragic event that Mitterand decided that a centre to preserve the local culture, almost destroyed at the beginning of the century by the colonists, should be built. The international invited competition, won by Renzo Piano, thus led to the construction of a kind of village, to host exhibitions, conferences and creative activities.
Curved shell-like structures, ten in all, made from slats of wood, are arranged around a covered atrium, just like a traditional village. The site, chosen together with the Kanaki (which literally means "men") is a peninsula jutting out into the ocean, rich in vegetation and directly in contact with nature.
The complex is built entirely in Iroko, wood imported from Ghana, which is highly resistant to humidity and insects. The shell structures have differing heights, up to a maximum of 28 metres. Their layout reflects that of traditional villages, composed of several clusters of houses grouped together. These very unusual huts are also grouped together in a sequence, precisely in three clusters. The first, which also serves as the entrance, houses a permanent exhibition on the Kanak civilisation, as well as an auditorium and catering services. A library, conference room and the offices are on the contrary housed in the second cluster, while the third is made up of rooms for creative activities, from music to painting.
A covered walkway, overlooking the ocean on one side and the dense vegetation of the island on the other, joins all 10 structures together. The shells dot the landscape as Kanaki huts do and like them they allow breezes to blow through them, additionally concealing an efficient system of passive ventilation.
Respect for local traditions and culture, sensitivity towards nature, and the ability to communicate with a people that is so different, make this project a truly exemplary work of the kind of architecture that seeks universality in authentic values. 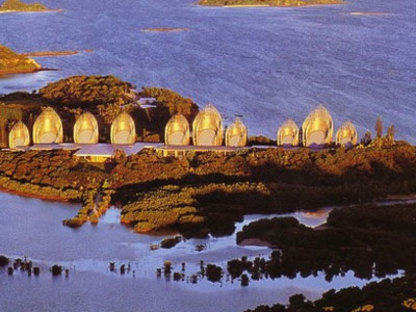 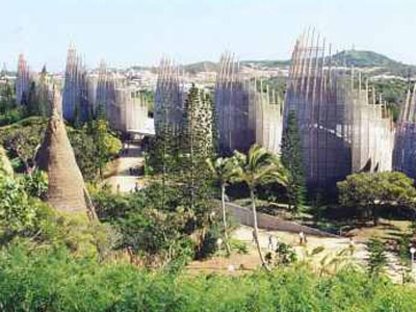 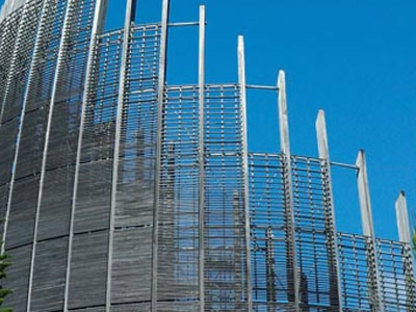