Julien De Smedt architects is at the centre of the group of designers now working on another important urban project after Copenhagen’s Islands Brygge Park in 2003. The opposite shore of the canal has been redeveloped with a walkway over the water equipped to host sports activities and outdoor events, with the aim of reconnecting the city centre with the port and revitalising what was historically an industrial area. 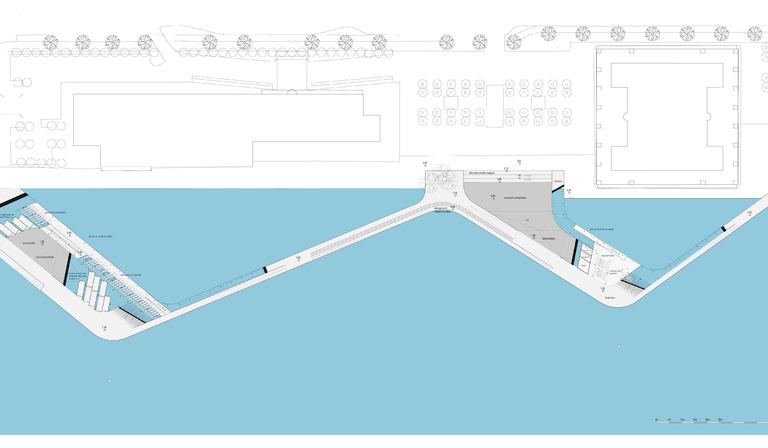 Kalvebod Brygge is a pedestrian pathway over the Copenhagen waterfront. The project for redevelopment of the area, which began with a public competition in 2008, was awarded to a group of architects including KLAR, JDS (Julien De Smedt architects), Niras, and Sloth Møller. The project is conceptually a continuation of the well-known project on the opposite side of the canal, Islands Brygge Park, constructed ten years ago by PLOT, which then split into the two well-known architectural practices JDS and BIG (Bjarke Ingels). With their experience working in the area, Julien De Smedt architects managed to transform a section of the coastline that was formerly an industrial area into a place for leisurely strolls that has become very popular with the people of Denmark’s capital as well as visitors, particularly in warmer weather.

The “Kalvebod Waves”, as the area is now called, are long walkways out over the water, incorporating viewpoints and places to stop and rest, with points that rise higher, above sheltered areas for aquatic activities of various kinds. Like Islands Brygge Park, this development on the opposite side of the canal is intended for leisure, attracting people to swim, sunbathe or just enjoy the view of the canal from the benches, as well as to practice sports such as kayaking. The winding shape of the Kalvebod Waves wharf diversifies the area’s functions, also offering covered premises such as the site of the rowing club.

The structure made of concrete cast on site and Corten steel of the wharf, partially paved with pine wood, stretches out over the water to form a new urban pathway on the same level as the water, rising occasionally to offer different views over the canal. The pavement suggests places of transit and places of rest, with decks on which to lie back and enjoy the sunshine.

This is the key to the design: the freedom with which the architects’ pencil has drawn the plan of the area, moving away from the shore and out onto the canal, gives users an impression of freedom of use, inspiring a multitude of spontaneous activities and making it the perfect place for holding outdoor events.

The design by JDS and the other members of the group resolves the principal limitation on the area, which is the shadow cast by the big industrial and office buildings overlooking the Kalvebod Brygge shore. After studying the course of their shadows over the water during the day and at different times of year, the architects traced a pathway that winds around them, so that the two big plazas forming the heart of the project are always in full sunlight. Visitors can pass through the open spaces between the buildings along the waterfront to the two floating plazas, linked by a long suspended walkway connecting the artificial internal basins of water with the canal.

The only regret is that the plan for infrastructures connecting the area with Islands Brygge Park and the city centre had to be abandoned due to budget concerns. 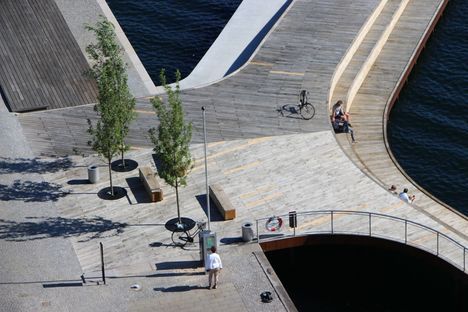 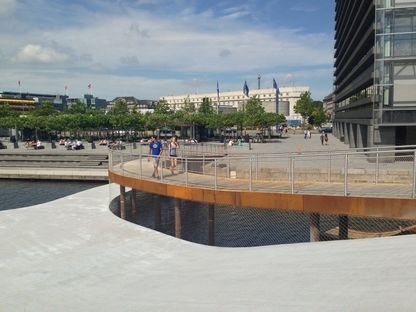 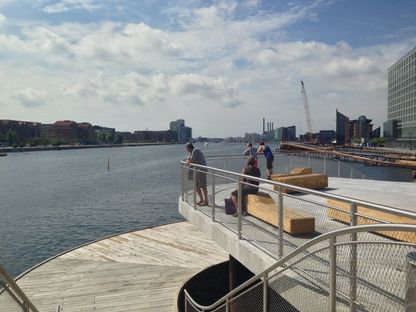 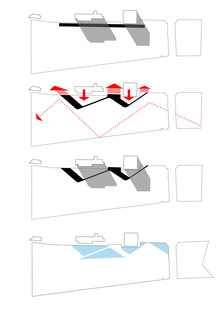 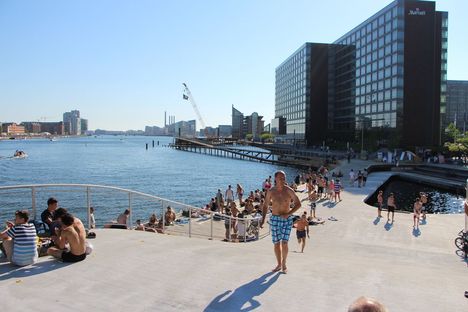 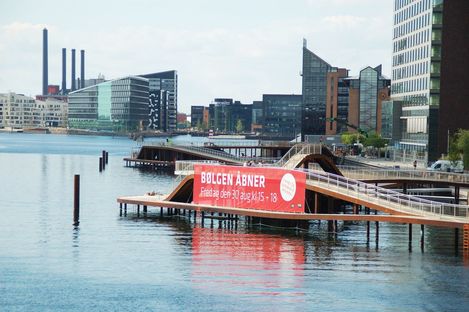 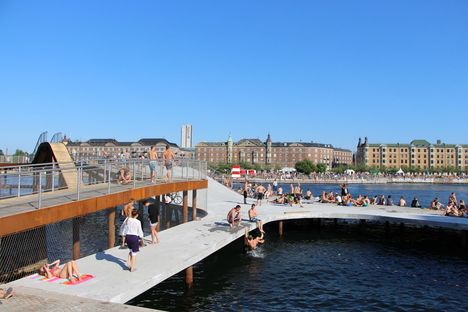 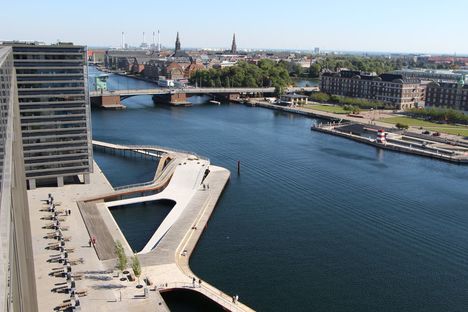 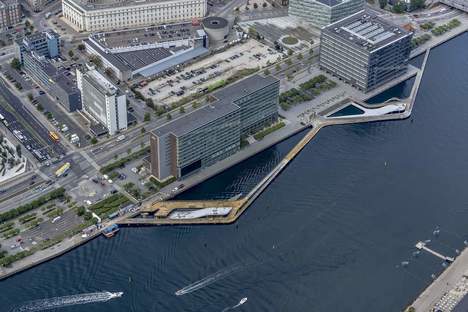 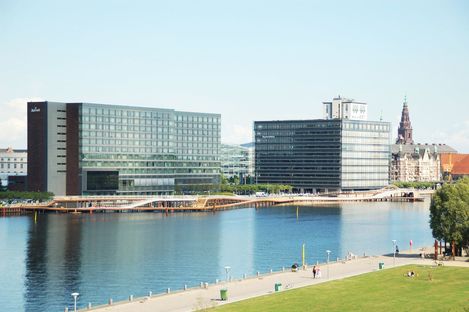 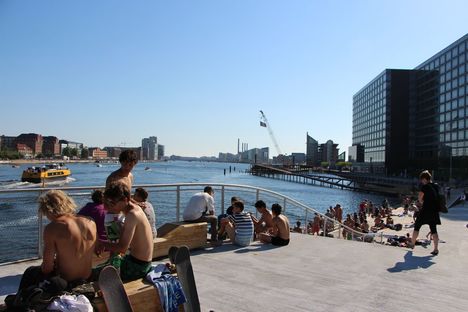 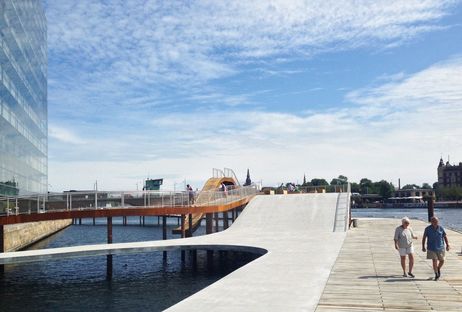 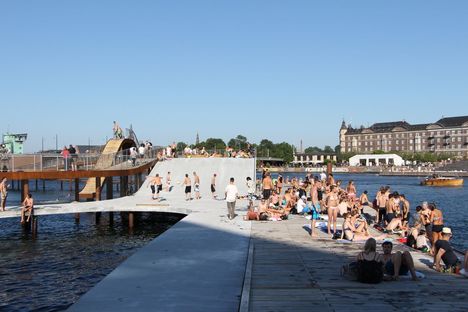 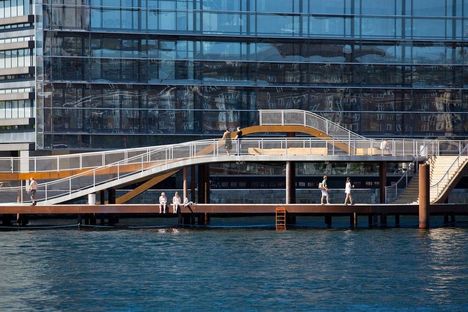 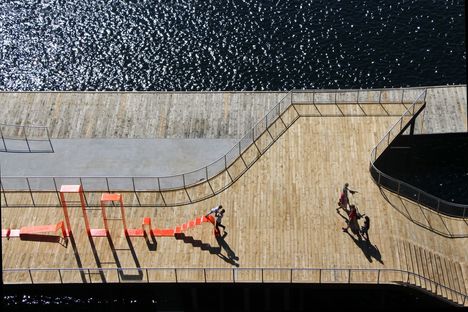 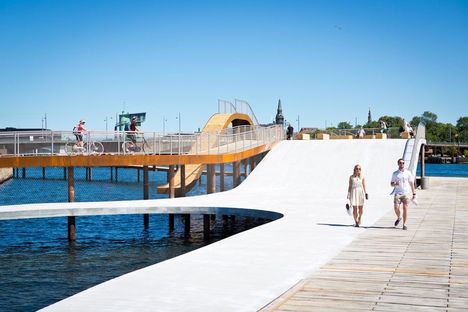