Like a cloud or a serpent of glass and steel, Vito Acconci's island in the River Mur in Graz fits into the Austrian city as a strong signal of innovation, an extraordinary vocation for the contemporary idiom. 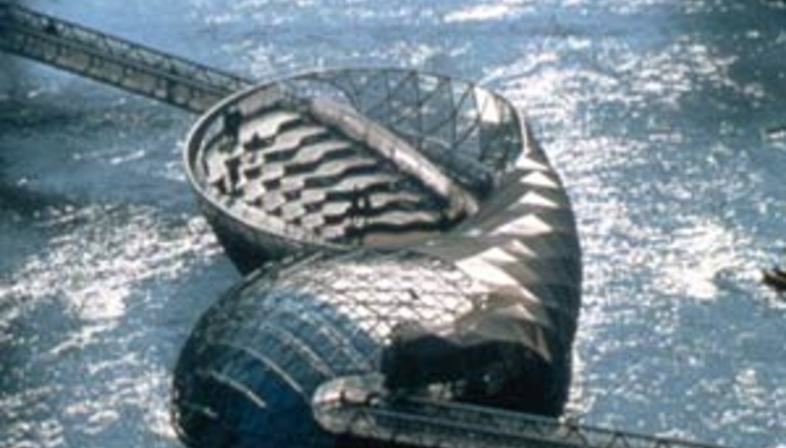 It has a zoomorphous shape, winding back on itself; at night it looks like a bright, sensual floating object, a perfect blend of art and architecture. It is a sculpted space, a dream given concrete form, a vision made into reality.
Acconci's work is a response to the Graz city government's need to create an object that would incorporate the river into the context of the city: the Mur divides the city, but why should it not also be used to link the two opposite banks?
And so Acconci created a platform to join them, in which one is ravished by a truly unique sensorial and emotional experience: as one is sucked up into this organic, enclosing shell, one's perceptions of the city and of the natural environment around it are suspended - physically and apparently - from one another, yet exactly in between the two. We feel as if we were in an incubator, looking at the outside world, only to emerge later into its arms.

Each of the areas that Acconci's "serpent" is divided into houses different functions: a little café, an open-air theatre, a fun playground for children. 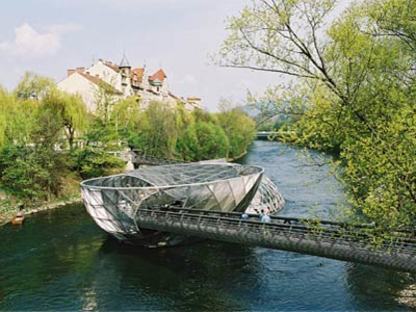 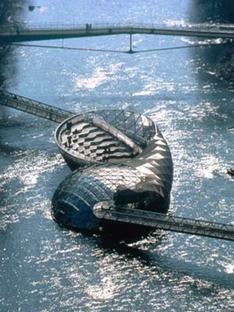 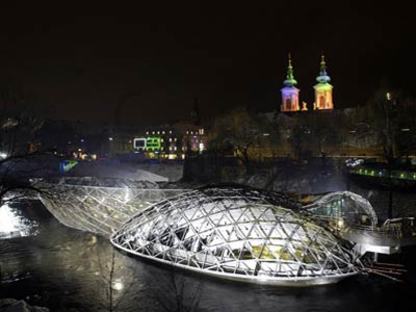 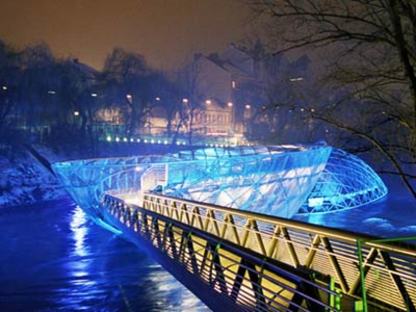