"Lina Bo Bardi – Un meraviglioso groviglio" is a tribute to the Italo-Brazilian architect by British artist and filmmaker Isaac Julien. The film installation and photo series presented in the exhibition, curated by Luigia Lonardelli, are on view until 17 January 2021 at MAXXI, the National Museum of XXI Century Arts in Rome. 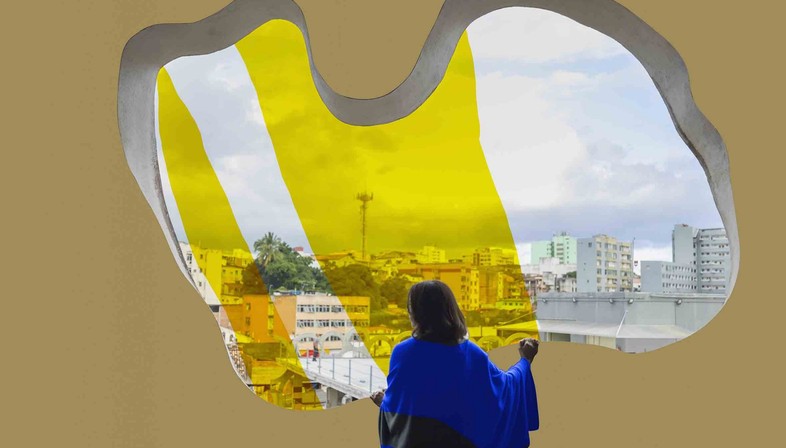 British artist Isaac Julien pays tribute to Lina Bo Bardi, a Brazilian architect and designer of Italian origin, in the exhibition "Lina Bo Bardi – Un meraviglioso groviglio" (Lina Bo Bardi: A marvellous entanglement), his first solo show in Italy, inaugurated at the end of September at MAXXI, the National Museum of XXI Century Arts in Rome. British artist and filmmaker Isaac Julien discovered Lina Bo Bardi’s work on a trip to Brazil in the nineties, and ever since then the artist’s career has regularly crossed paths with the architect’s projects and creative universe, giving rise to a six-year research project culminating in the immersive multi-layered film installation presented until 17 January 2021 at Maxxi.
This is the Roman museum’s second exhibition featuring the architect’s work, for the institution marked the centennial of her birth in 2014/2015 with an exhibition entitled "Lina Bo Bardi in Italia. Quello che volevo, era avere storia" (“Lina Bo Bardi in Italy: What I wanted was to have a history”), looking back over the architect’s Italian years before she moved to Brazil in 1946. The new exhibition is a voyage through the prominent Italian-Brazilian architect’s life and ideas, offering a new point of view on her complicated relationship with multi-faceted Brazilian culture and her ties with Italy. Isaac Julien’s film installation and photo series overcome the boundaries between artforms, taking viewers into an immersive aesthetic experience in which it is Lina Bo Bardi’s architecture itself that generates the performances. The dizzying choreographies and intense dialogues involve a number of Brazilian artists, beginning with two true icons of the screen: Fernanda Montenegro and Fernanda Torres. The two Brazilian actresses, mother and daughter in real life, play Lina Bo Bardi as a mature woman and in her youth, staging a number of episodes taken from her writings.
The images in the installation were filmed in buildings designed by the architect between the 1960s and the 1980s, such as SESC Pompeia, the new headquarters of the Serviço Social do Comércio in San Paolo, and a number of buildings in Salvador: the former Restaurante do Coaty, Casa do Benin and MAM-BA Museu de Arte Moderna da Bahia.
The British artist has completely taken over Maxxi’s Gallery 3 for the exhibition, creating an in-situ artwork with photo collages created specifically for the occasion and even new curtains and chairs. The viewer is immersed in the Italian-Brazilian architect’s life and work, finding out about her life experiences and her reflections on politics, society and architecture itself, mediated by Isaac Julien’s art. All this takes place on a number of narrative plates at different levels, projecting the scenes simultaneously and alternatively on nine screens. The intention is to offer a story that is not in chronological order, but evokes the passage written by Lina Bo Bardi that gives the exhibition its name: “Linear time is a western invention. Time is not linear, it is a marvellous entanglement, where at any moment, points can be chosen and solutions invented, without beginning or end”. 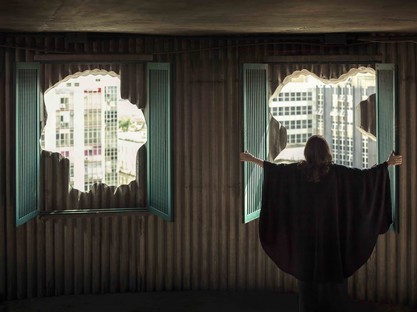 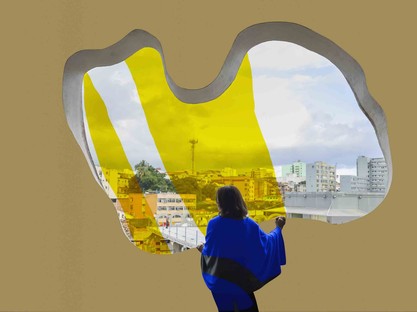 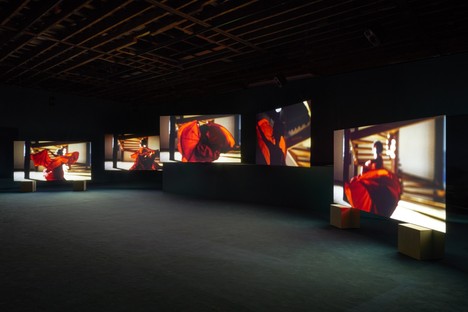 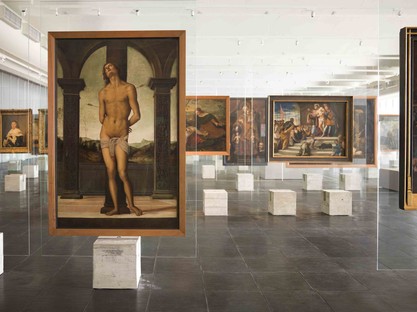 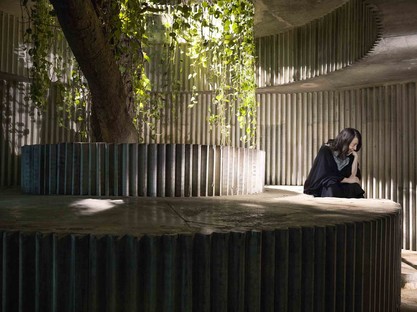 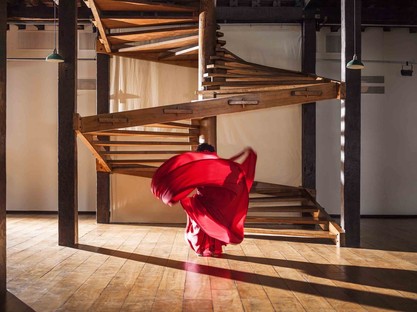 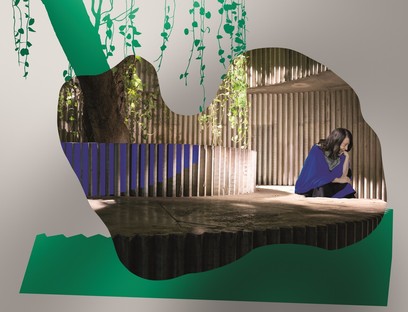 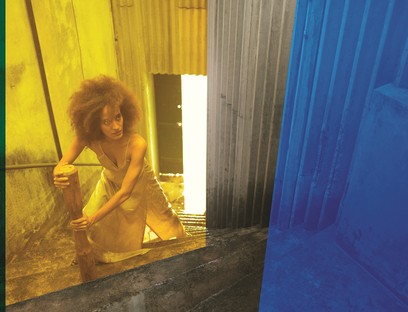 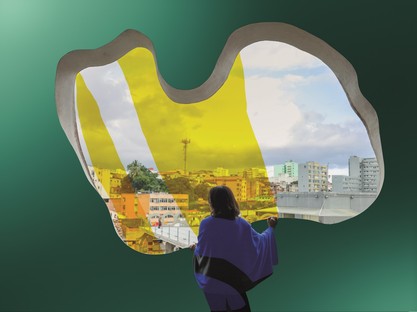 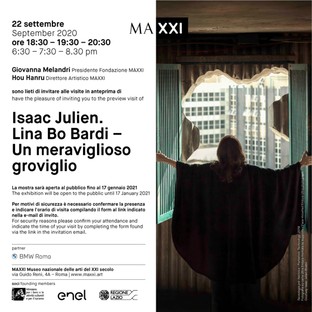