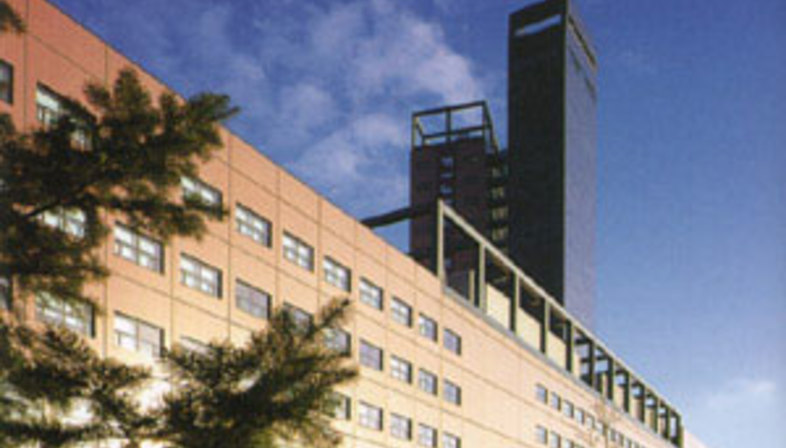 Abe Bonnema's buildings are the expression of a modern concept of "truth is reality", he can use today a technique of wall-covering that allows him to trace absolute, amazing perspectives, between the volumes of the towers, viewed from the glassed-in gallery at the base, or among the interstitial dihedrons created by the extremely long buildings.

The capacity of the façade, covered in modular elements, to retain the alignment of traces imposed by the architect, constitutes the technical basis of the architecture.

Moreover, it becomes for the designer the element through which the volumetries of the office building can go beyond dull giantism to create perspectives formed by rotations and deviations, slight but nonetheless plausible.

The anti-monumental architectural rationalism expressed by Bonemma through the transgrèssive misalignment of the buildings, the insertion of undulating cantilevered roofs and ceilings, the hyperbolic rather than pyramidal perspectives, the interiors treated with simple, austere sumptuousness, is possible only remaining within an absolute formal austerity. Otherwise evasion into irony would be fatal to the whole architectural concept.

Bonemma is successful in his intention of restoring urbanistics to architecture, relying on the wall-covering surfaces, connecting the module in human scale to the individual element, to the entire construction of the buildings which expand in towers and lines evading visual control, but not the control of techniques in this new century. 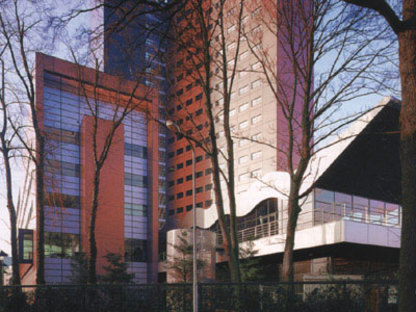 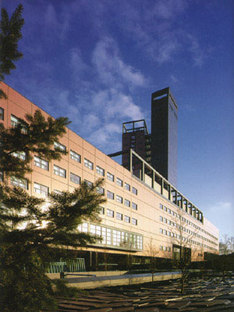 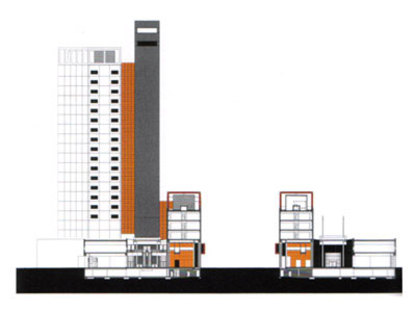 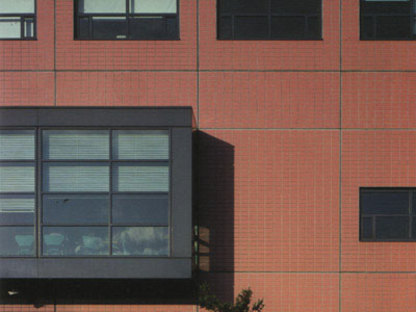