The new Head Office of the ING Group, a Dutch financial institution operating world-wide in banking and insurance and employing over eighty thousand people in seventy countries, opened in Amsterdam on September 16 2002. 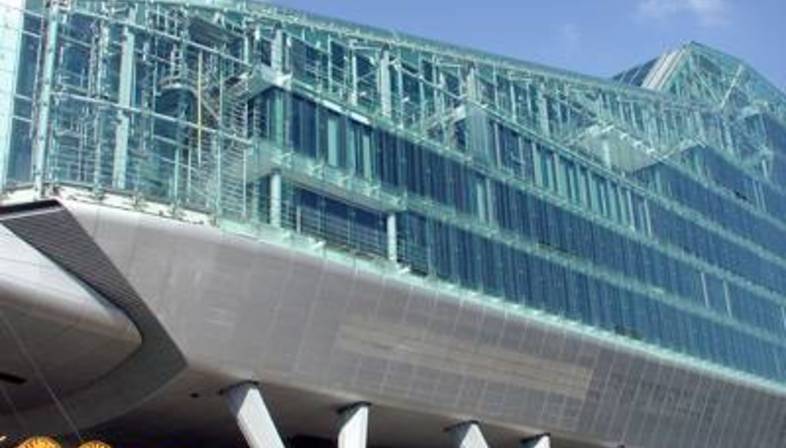 The building designed by Meyer en Van Schooten Architecten in 1998 is located on the city's southern outskirts, near the A10 motorway. It found itself on the borderline between two very different areas: the Zuidas district, very built-up and troubled by noise and atmospheric pollution, and the green area along the Nieuwe Meer.
Because of its location in a highly polluted area, the building was raised 12.5 metres above the ground with two orders of conical pillars; the building measures 48 metres high and 136 metres long.
The ING Group's headquarters stand out for their unusual geometry exposing the metal structure of the building in a perfectly balanced design completed with large glass surfaces; key features of the building include transparency, innovation and a deep-seated respect for the environment.

The building has a sloped roof, with its highest end on the side facing the city. Inside the building, open and closed spaces alternate to create a variety of different atmospheres in offices, restaurants, advanced telecommunications centres and a 250-seat auditorium covering a total of 20,000 square metres.
The architecture of the ING Group Head Offices, while sensitive to investigation of new forms of expression, is also attentive to the issues involved in the development of today's cities, such as urban identity and environmental concerns. 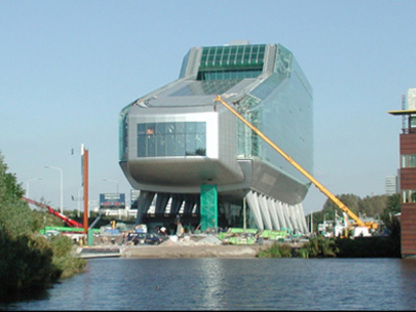 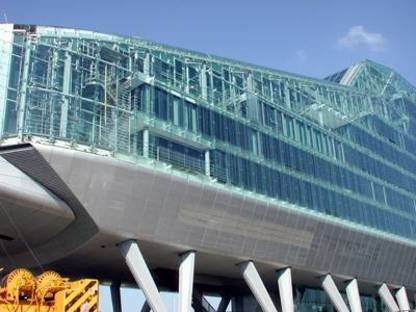 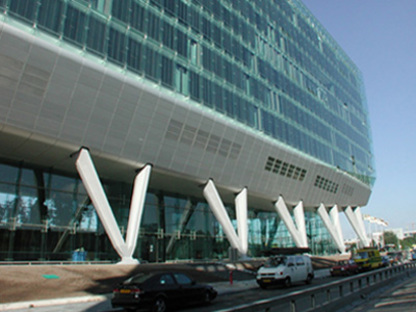 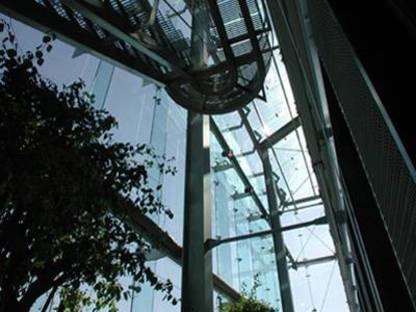 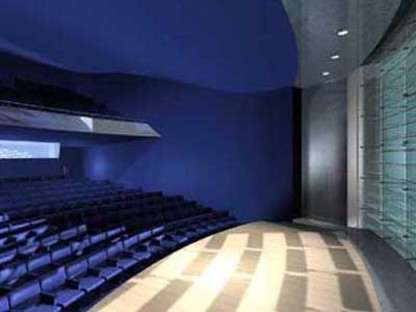