Hubschmitz Architekten designs a "House on a North Sea Island"

Last summer, German studio Hubschmitz Architekten completed a private home overlooking the North Sea, on the island of Föhr, located on the Danish border. Project head Joenne Hub came up with a bold, self-confident design combining contemporary elements and transparency with the traditional style of Frisian homes, as in the imposing straw roof. The project was a finalist in the "Future Projects" section of the 2017 World Architecture Festival. 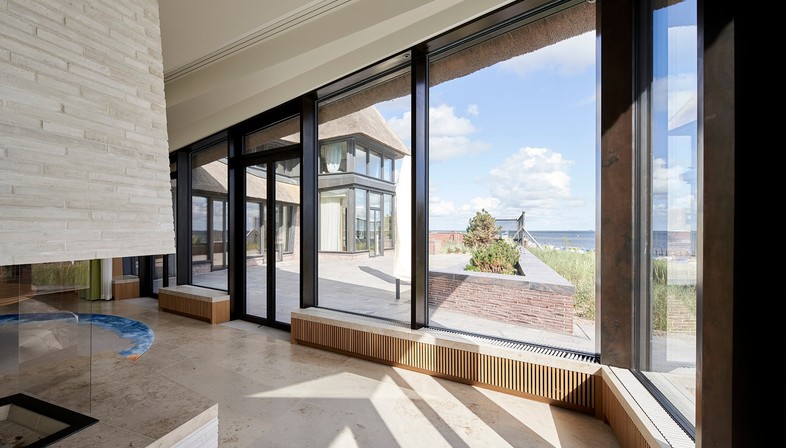 Northern Frisia is a German district on the North Sea coast, where a dotted line made up of numerous islands extends parallel to the coast of the continent to rise up the Jutland peninsula. Hubschmitz Architekten’s latest project, completed in August 2020 and already a finalist in the "future projects" section of the 2017 World Architecture Festival, is a magnificent house standing right by the sea on the island of Föhr, in the North Frisian Islands.
The house is the summer home of a well-to-do couple with bold tastes who are confident of what they want and highly sensitive to local tradition and wanted a home that would be exclusive and top quality but not ostentatious. Hubschmitz Architekten describe the clients with great respect, "for insisting on the utmost architectural quality. When it came to the architects’ suggestions for materials, appropriate proportions, and artistic expression, the clients not only followed willingly but also challenged and supported the architects whenever they could."
The house designed by Hubschmitz Architekten blends the architectural traditions of Frisia, as condensed in the traditional farmhouse, with today’s comforts and contemporary style, maintaining a refined but not overbearing balance.
Joenne Hub, the architect in charge of the design, uses the notion of transparency to explain the aesthetic and functional choices made in the House on a North Sea Island. Transparency defined not as clarity, but as a measure of spatial order and legibility, as described by Colin Rowe and Robert Slutzky (in Transparency: Literal and Phenomenal, 1963).
The home’s external appearance, and its forms, reveal the reality of the spaces inside it even to an inexperienced eye. The exterior was in fact designed primarily on the basis of the internal organisation of space and the flows permitting circulation inside the home. The size of the windows and their views of the beach, for example, clearly distinguish the living area from utility rooms.

Hubschmitz Architekten built a large house, measuring fully 626 square metres on three levels, one of which is underground. The floor plan forms a squared-off "S" with two wings mirroring one another extending off a central volume. The home’s most clearly recognisable feature is a big straw roof in the local tradition, redesigned by Hubschmitz Architekten on the basis of a scheme of greater efficiency including a broad continuous line of skylights in place of the ridge. This important stratagem floods the entire home with daylight, essential not so much on the sides facing the sea, which have big windows, but in the internal and utility areas, which are illuminated by smaller windows in accordance with local architectural tradition.
The two big chimneys extending out of the building do not serve a merely aesthetic function, but were designed as structural elements, and their size and tapered shape do justice to their weight-bearing task.
A variety of different materials are used in the interiors, carefully combining wooden cladding with bare brick painted white, horizontal surfaces of granite and marble flooring on the ground floor, wood on the first floor.

In conclusion, all the elements used in the construction draw their inspiration from the past, without slavishly imitating it, but introducing aesthetic and functional innovations. Two examples could be the bricks employed, which are much thinner and offer improved thermal and structural features, or the traditional Frisian gable, originally there to protect people in the event of fire and now used as a window trap to improve the home’s energy efficiency and sustainability. 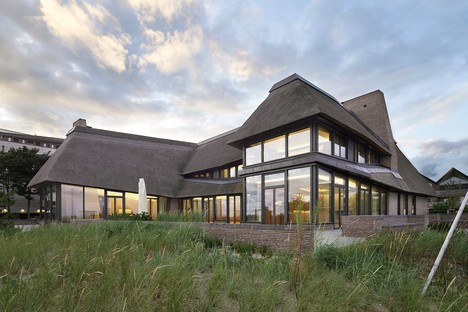 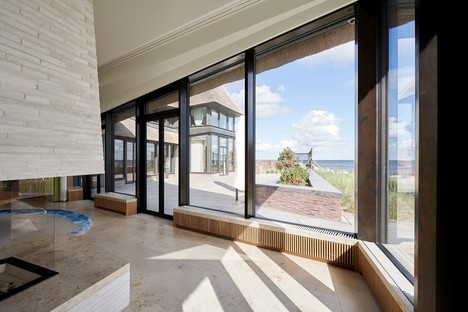 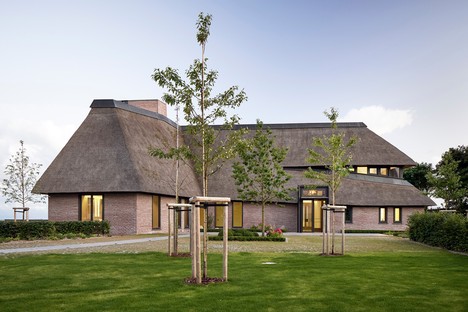 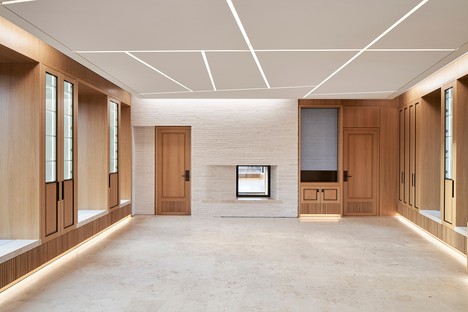 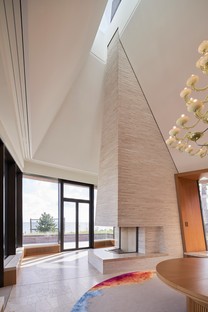 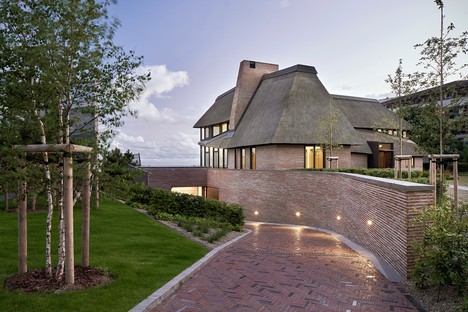 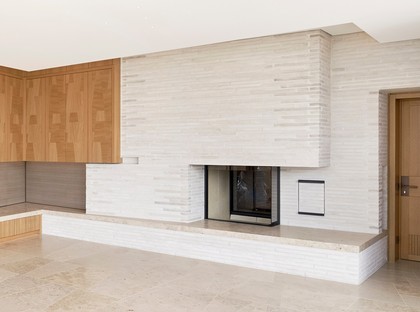 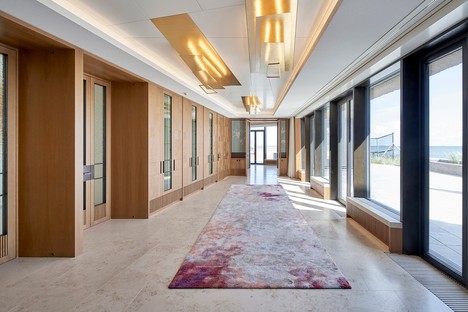 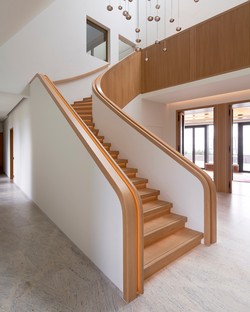 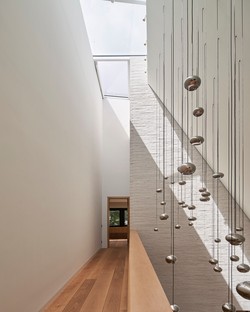 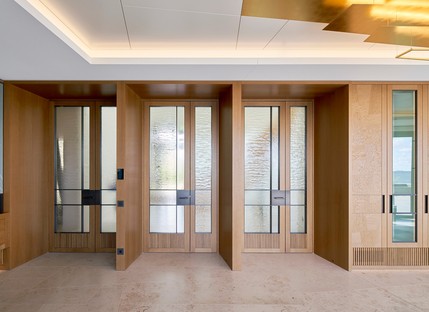 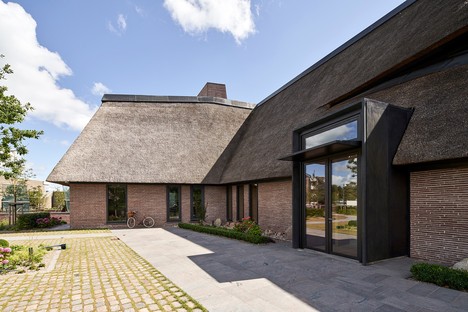 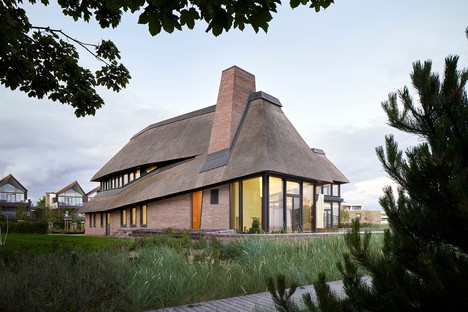 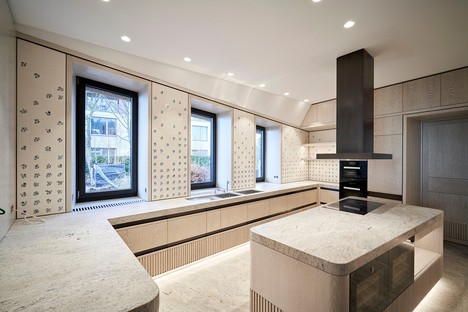 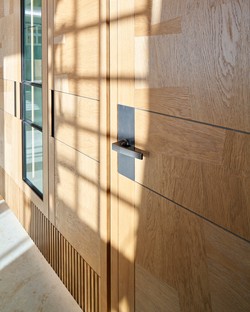 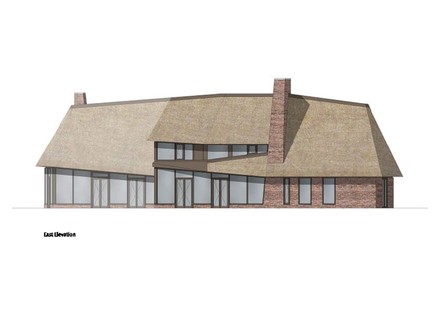 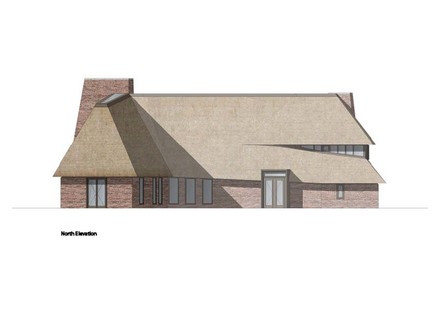 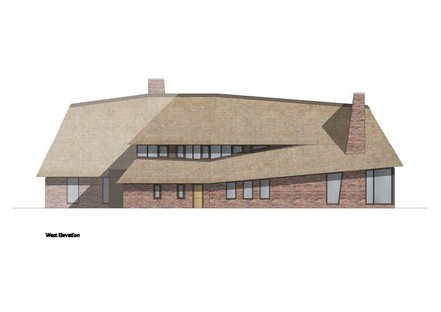 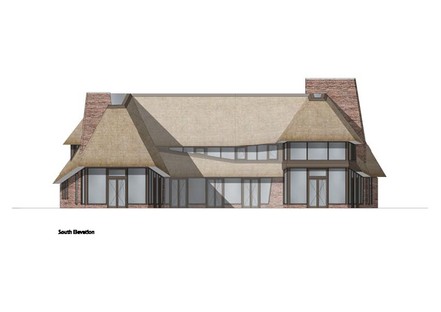 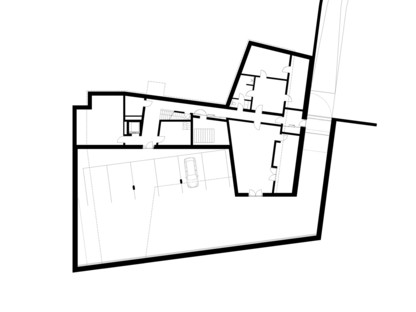 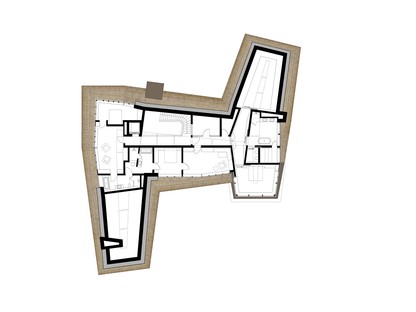 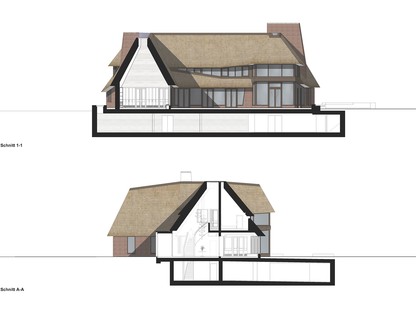 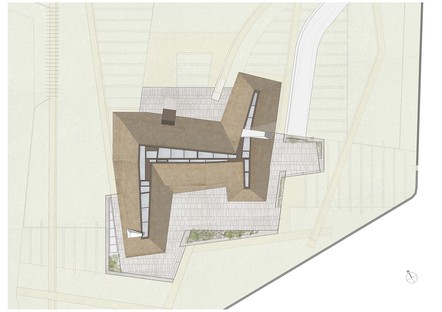 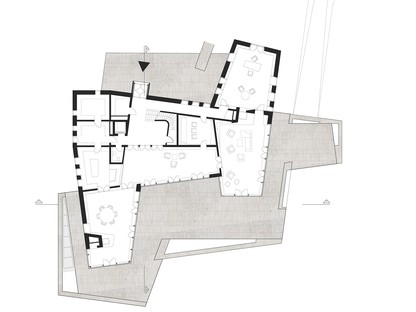