The innovative young studio Vo Trong Nghia Architects has built a House for trees on the outskirts of Ho Chi Minh City in southern Vietnam. Particularly aware of the importance of building sustainable constructions, Vo Trong Nghia attempts to enrich an area where intense urbanisation has left no room for greenery with his House for Trees. 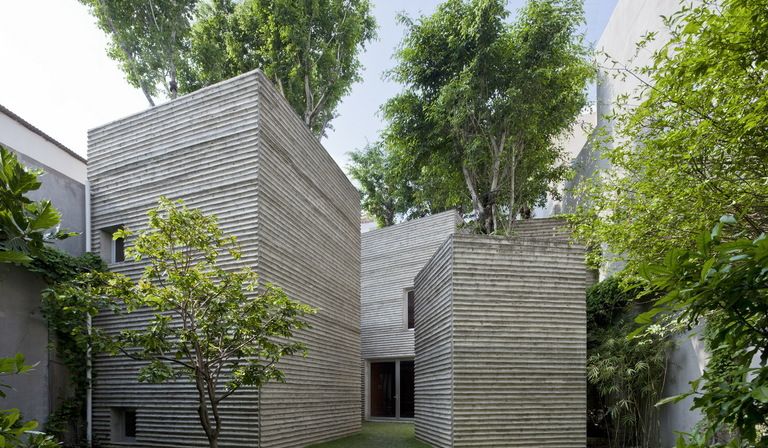 Vo Trong Nghia Architects’ house for trees in Ho Chi Minh City is an example of the results environmental sustainability can achieve in architecture. Vo Trong Nghia follow the example of many other professional studios working in developing countries, where big cities are crushed under the weight of a disproportionate increase in vehicle traffic and therefore atmospheric pollution; with their house for trees the architects choose sustainability, projecting a dialogue between buildings and vegetation.

It’s incredible that cities such as Ho Chi Minh City stand in parts of Vietnam characterised by tropical forests, but practically no traces of this original vegetation remain in the urban area. Vo Trong Nghia reports that only 0.25% of the area in Ho Chi Minh City is covered with greenery; the rest of the land is taken up by human constructions.

Building is a necessity when a city has a density of 3530 inhabitants/km2 (Wikipedia, 2012), but it is a matter of conscience to build in a way that not only offers dignified living conditions but encourages people to realise that respect for themselves means respect for their environment.

The house for trees not only gives up part of the surface of the lot to create a garden, going against the trend of maximising land use, but returns to the vegetation the space occupied by the footprint of the house with a green roof with Ficus Benjamina trees growing on it.

Five towers at the end of the lot make up a little urban landscape, given variety by their differences in height (the tallest being 10.3 metres tall, the next 7 metres, then 4.3 metres, and so on). As we cross the garden and approach the buildings, we understand the idea of the composition, like a village arranged around a town square in the European style: the five tree towers (reminiscent of the medieval treed tower of the Guinigi, the symbol of the town of Lucca in Italy) are arranged in a circle, leaving plenty of free land and space for the composition. Little gardens or “squares” between the towers contain vegetation, completing the dialogue between buildings and nature that is the project’s mission.

All this is made possible by Vo Trong Nghia’s inventive layout: the project breaks down the house into common areas, the kitchen, library, dining room, bedrooms and so on rather than jamming them in together, leaving space between them for nature. The gateway faces both the courtyard and the nearest volume, and a different type of pavement establishes a relationship of sharing with it. The kitchen is physically separated from the dining room but linked with it via a cement path. On the first floor, the single and double bedroom are linked to the bathroom by bridges.

This form of circulation between the rooms makes the central area like a courtyard, but also a living room, a place for the family to get together. 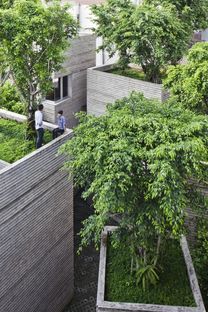 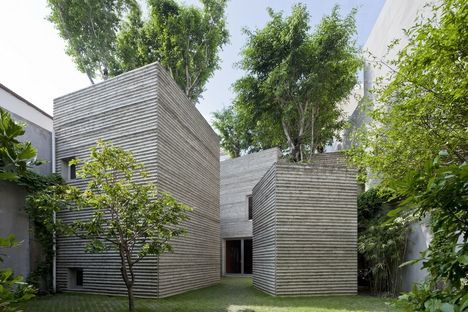 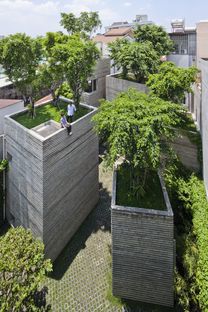 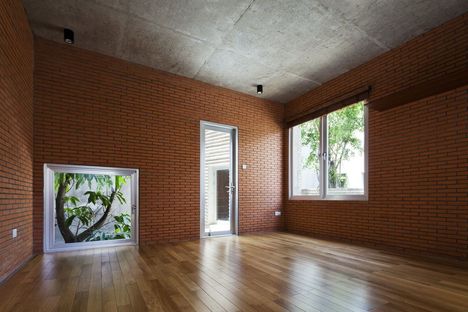 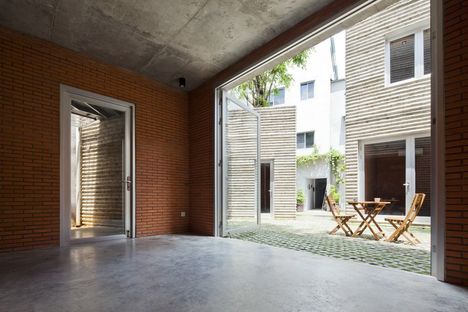 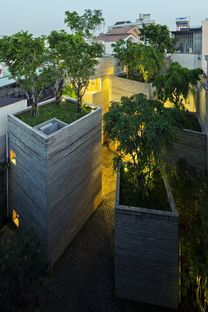 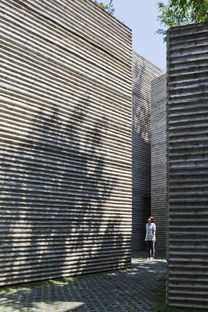 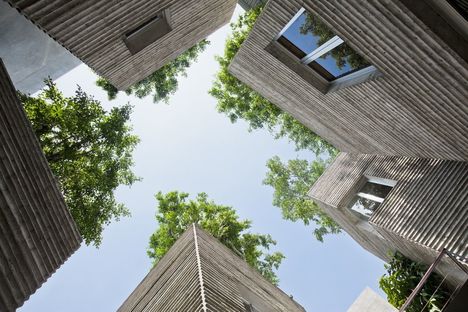 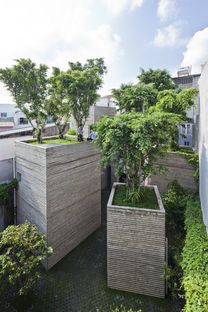 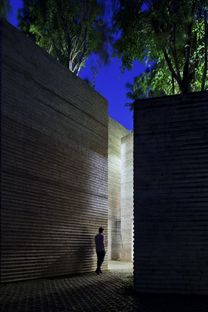 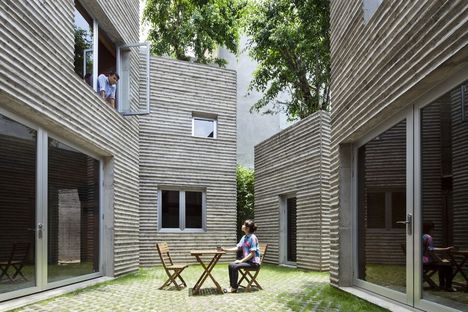 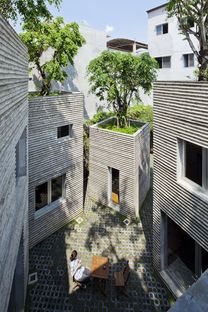 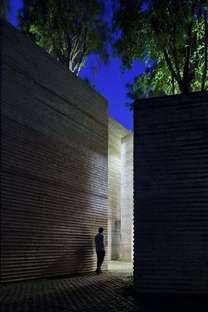 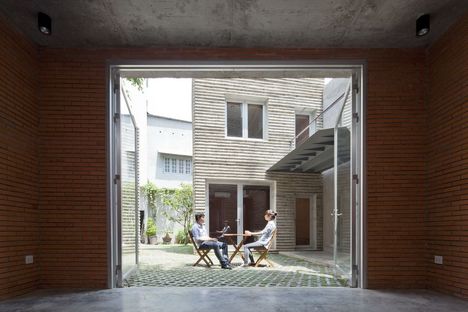 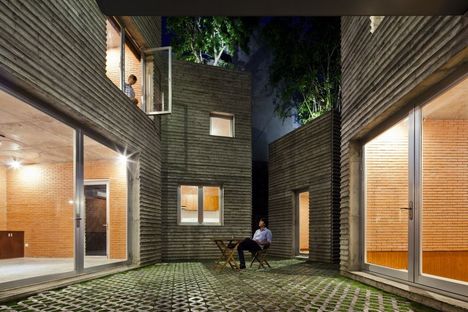