The Switch just opened in London: an expansion on the modern and contemporary art museum in Bankside, doubling the size of the Tate Modern and adding to its collections, while the future home of Fondazione Feltrinelli is due to open in Milan in the autumn. 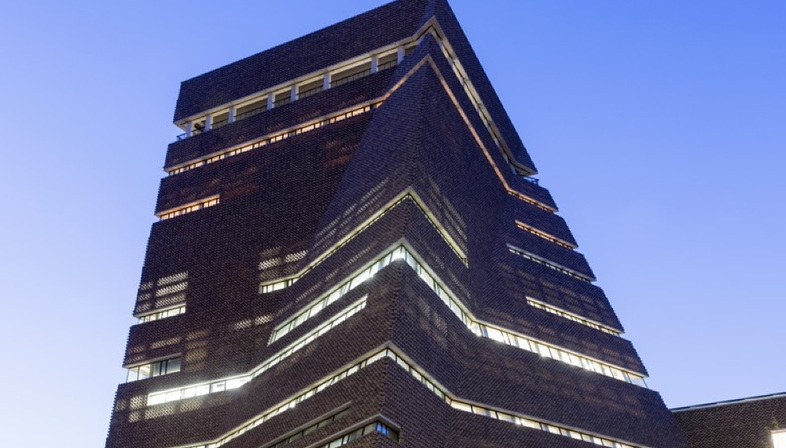 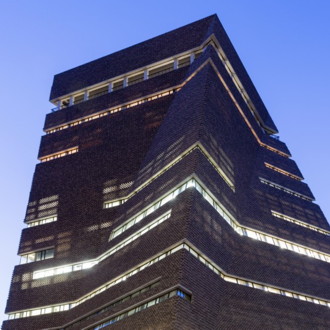 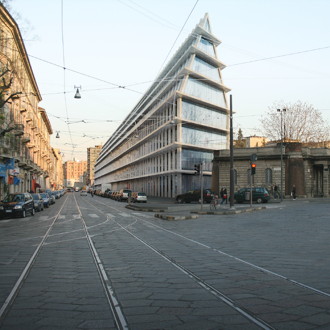 The Switch just opened in London: an expansion on the Bankside museum of modern and contemporary art doubling the size of the Tate Modern and adding to its collections, while the future home of Fondazione Feltrinelli is due to open in Milan in the autumn. London’s Bankside district thus becomes the city’s new cool neighbourhood, while the new Fondazione Feltrinelli building in Milan designed by Herzog & de Meuron gives the Porta Volta area a modern new look.


Switch House: the new Tate Modern – London
A huge new pyramid-shaped wing designed by Herzog & de Meuron, who originally converted the electrical station on the river into the Tate Modern in 2000, as a subsidiary of the Tate Gallery, since renamed Tate Britain. The rearranged collection allows the gallery to exhibit 60% more artworks than before, and now includes 800 works by 300 artists from 50 countries. The Switch contains exhibition spaces, a patio with a panoramic view of London, a bar, a restaurant and a number of shops. “The new Tate Modern will be so much more than a container for art, it will be a platform for human encounters,” according to director Chris Dercon. The 65-metre pyramid is architecturally integrated with the existing building through use of the same materials, the bricks that characterise Turbine Hall. But it is used in a completely new way: the masonry in the new pyramid is made up of open brickwork alternating with horizontal slits designed to let light and fresh air into the building.
The construction makes a profound mark on this emerging new part of London, site of The Shard, Europe’s tallest skyscraper, designed by Renzo Piano, the Fashion and Textile Museum founded by eccentric stylist Zandra Rhodes, the Unit24, Menier and Jerwood Space galleries, the Design Museum and a candid space for contemporary art, the White Cube: in this part of London one can spend day after day looking at exhibitions!
Images courtesy of Tate Modern: The new Tate Modern © Hayes Davidson and Herzog & de Meuron,model 3D MulticolourTM by Peter Saville courtesy of Herzog & De Meuron
Images courtesy of Herzog & De Meuron: The new Tate Modern © Iwan Baan
http://www.tate.org.uk/
http://www.herzogdemeuron.com/
http://www.floornature.it/notizie-novita-panorama-architettura/news-herzog-de-meuron-switch-house-tate-modern-11778/


Fondazione Feltrinelli – Milan
“The building’s long, slender shape is a reference to the Gothic tradition clearly expressed in many prominent buildings in the city of Milan and to the long, thin farm buildings so characteristic of the landscape of Lombardy. Great master Aldo Rossi considered these linear structures the characteristic trait of his work, and the Feltrinelli project for Porta Volta is also a tribute to this great architect from Milan active in the second half of the twentieth century ” (Jacques Herzog)
In a rising new corner of the growing city of Milan, Fondazione Feltrinelli’s new home takes shape and prepares for the final rush for completion ready to open in the fall. The concrete frame is now complete and the big glass panels are being applied. The project includes two Feltrinelli buildings overlooking Viale Pasubio, following the line of the ancient Spanish walls. They will contain the foundation, a library, archives, multi-purpose halls, a bookshop, shops and offices. A total of 188 metres long and 32 metres high, with five floors in a style “inspired by the simplicity and the imposing scale of historic buildings in the city of Milan,” according to Pritzker Prize winners Jacques Hergoz and Pierre De Meuron. The project is completed by a 15 thousand square metre park outside the new buildings. The cornerstone was symbolically placed at the site in November 2014, and the building’s distinctive “dome” was completed one year later.

Vitra House – Weil am Rhein
It’s not a museum or a showroom, and it’s not really a shop. But it is all these things at the same time – and more. Vitra Haus is an interesting building and a new form of marketing offering customers a new kind of experience. The building, open to the public every day from 10:00 to 18:00, contains Vitra’s home collection, including classic pieces by world-renowned designers. In the front row, right at the entrance to the company’s premises, the Vitra Haus occupies a key position: it is the first thing visitors see when arriving on the campus in Basel. And, like a business card, the new building is intended to represent the soul of Vitra, made up of great professionalism and the right amount of non-conformism. A simple shape such as that of the house becomes the starting point for creating a complex structure, the result of overlapping a series of volumes arranged vertically to create five floors. “The Vitra Haus is a paradoxical building”, explains Jacques Herzog, who designed the project with Pierre De Meuron. “Stacked one on the other, they form a sort of tangle, and the twelve units intersect to create a series of spatial surprises. In contrast with the white plaster of the interiors, the neutrality of which serves the purpose of displaying furnishings, while the outer cladding of the concrete structure is slate grey to give the building a more material appearance.
Photos: (1) Leon Chew (2) (3) (4) Iwan Baan, © Vitra
www.vitra.com/vitrahouse

Fachhochschule Library - Eberswalde
The façade is made up of a horizontal succession of concrete and glass panels with Thomas Ruff’s images etched on them. Taken from a diary the artist began to keep in 1981, the images impressed on the surface of the Eberswalde library reproduce a vision of the world that embraces history, culture and politics.

Ricola factory and warehouse - Mulhouse -
Architects Jacques Herzog and Pierre de Meuron believe that “the surfaces of a building should always be related to what goes on inside it. How this link takes form is up to the architect”. The façades of the Swiss architects’ buildings often coincide with surfaces concealing structural elements and providing an aesthetic definition through procedures borrowed from the world of art. In actual fact working with artists represents an important possibility for finding out more for architects Herzog & de Meuron: ”We have a lot to learn from artists, because they are more used to addressing issues of perception of the “real world” than architects are. The building containing the Ricola factory and warehouse has a façade of polycarbonate panels on which the architects have repeatedly etched an image of a yarrow by Karl Blossfeldt (1865-1932). The choice of an image by the German photographer is no matter of chance: Blossfeldt’s images of plants do not allude to the botanical world they come from, but to the plants’ metamorphosis into art, into ornament. When subjected to an artistic and ornamental reworking, the material used to make the skylights and the platform roofs over the many warehouses adjacent to the Ricola warehouse, polycarbonate, shifts its meaning to create an image representing the company itself.

Stone House – Borgo di Tavole (Imperia)
In the small village of Tavole, in the hinterland of Imperia in the Italian region of Liguria, there is a small house surrounded by trees. A very simple home, distinguished by a narrow frame of concrete with dry stone walls. It is reduced to a few simple elements: the frame, the infill, the windows and the roof. The result is an abstract, minimal construction which, in the architects’ intention, reveals only the relationship between frame and cladding, in a simple, severe composition. This stone house, completed in 1985, is an early work by the Swiss studio of Herzog & De Meuron of significance for many reasons: it expresses a philosophy of design which the Swiss duo maintained practically unaltered throughout their entire career, especially in their most successful projects. It also reveals a continued focus on use of the weight-bearing structure as a formal element, a typical feature of contemporary Swiss architecture. It is Herzog & De Meuron’s only project in Italy in almost thirty years, before the current Fondazione Feltrinelli project in Milan: three decades during which the Swiss architects rose to prominence with one of the world’s best-known architectural practices, winning the Pritzker Prize in 2001. 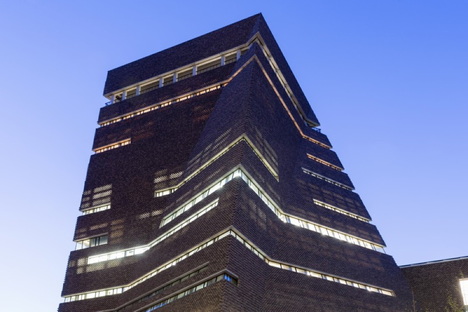 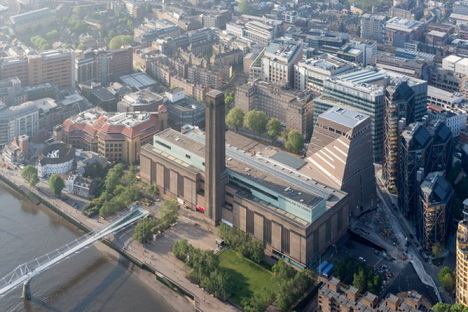 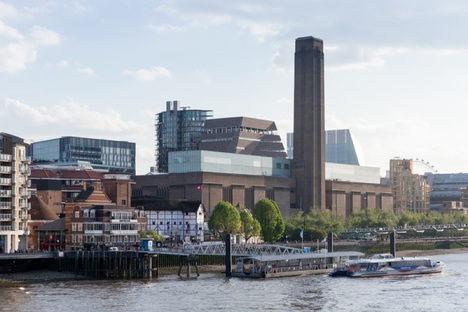 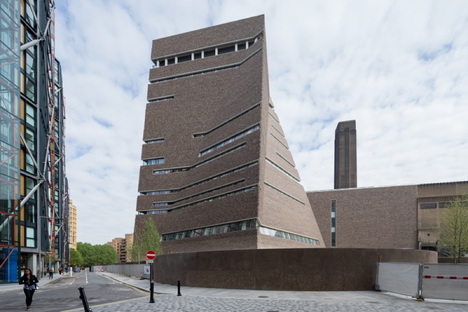 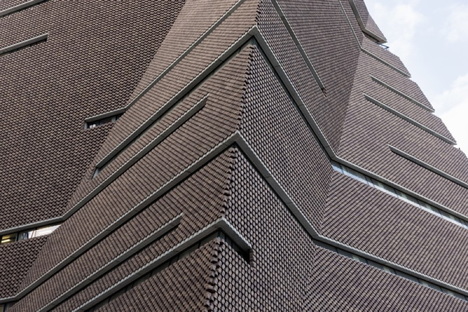 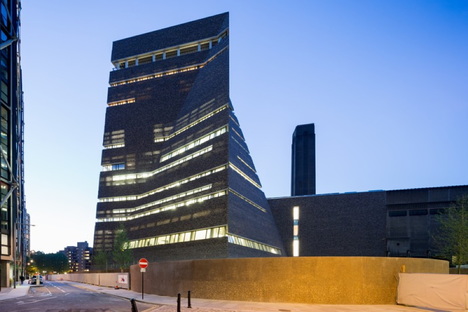 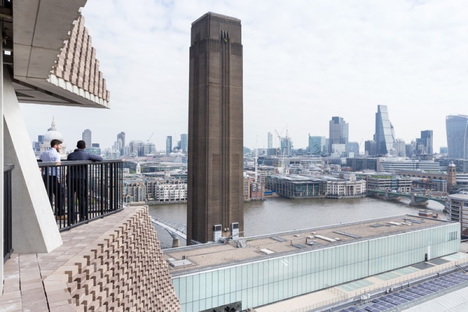 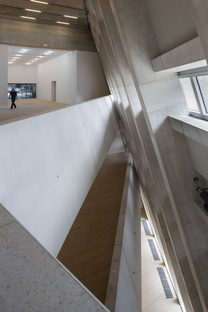 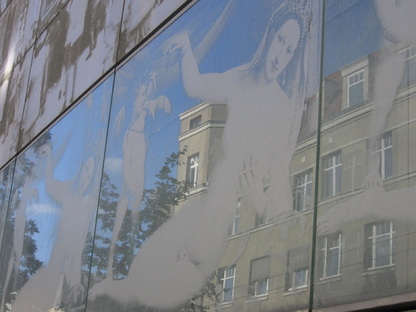 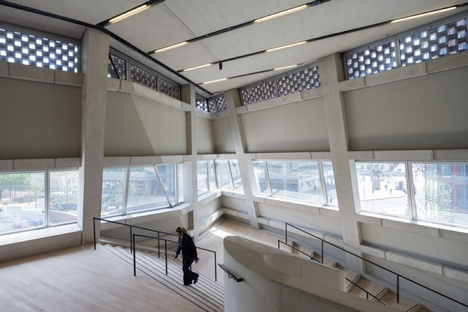 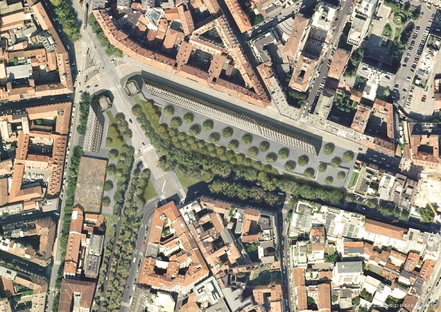 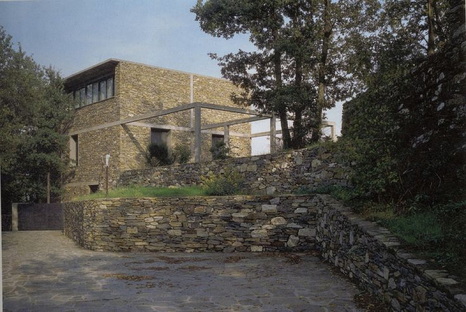 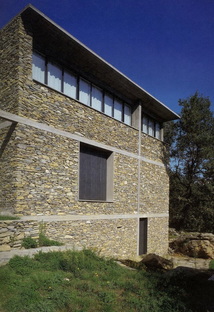 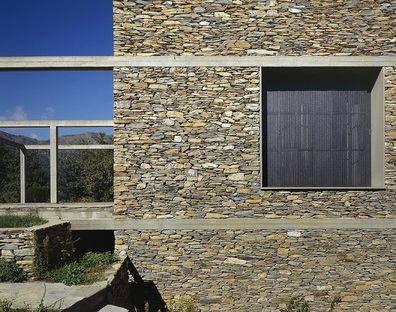 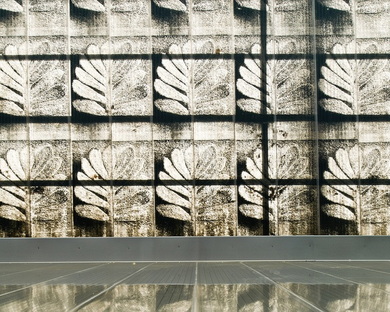 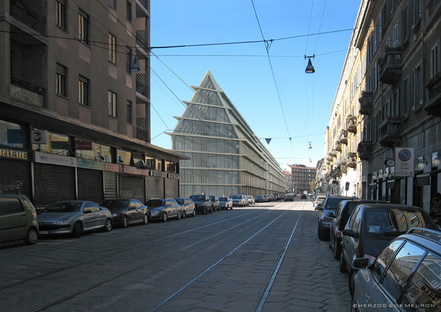 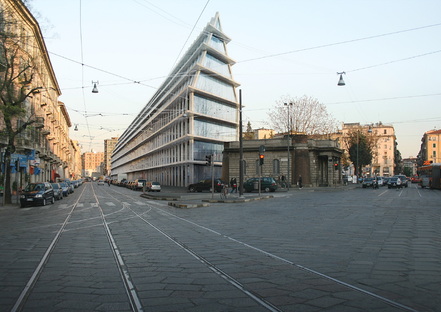 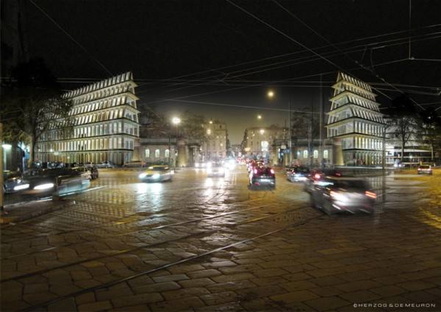 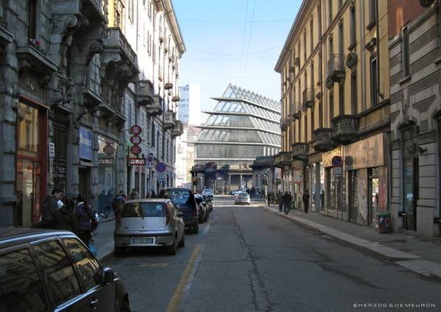 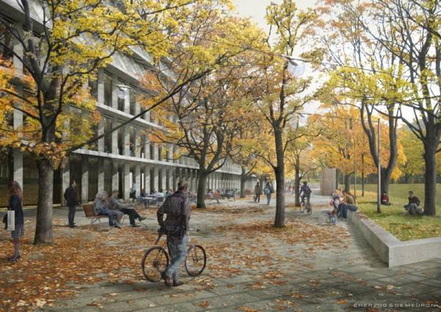 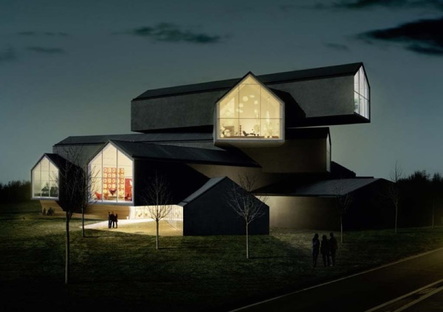 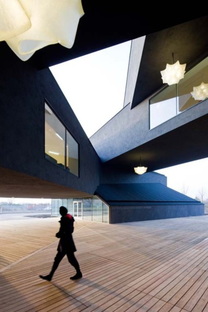 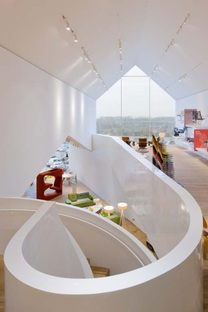 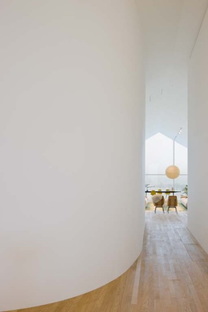