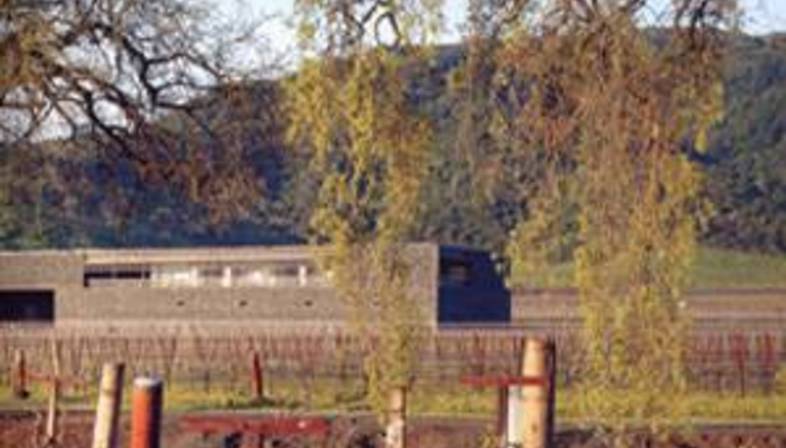 H&DeM comment: "You could describe our use of gabions as a sort of stone wickerwork with varying degrees of transparency, more like skin than traditional masonry".
In actual fact, the linguistic choice of an exterior seen as a wrapping or "informative skin", characteristic of contemporary architecture, appears frequently in the work of the two Swiss architects, who use it to create a sort of "special effect" which is highly original and yet economical.
Thus the SUVA Building facade is based on a module composed of panels of three different types of glass - depending on the functions housed inside - while in Signal Tower 4 the building is tightly wound in a sort of copper strip which makes it look like a Faraday cage.
In the Ricola Marketing Building, the wrapper consists of translucent polycarbonate panels bearing the company's logo: in any case, the final effect is always one of transparency, which permits us to read the interior of the building, as though through a sort of filigree, as in some of Kazhuo Sejima's architecture.
In the Dominus Winery this effect is achieved inside the building.
For light filters through the masses, forming an ever-changing weave which depends on atmospheric conditions and the shapes of the stones: the effect is something entirely new, rather like a fascinating brise-soleil, repeated in the glass in the office area. On the other hand, the "cuts" through which vehicles gain access into the massive bulk of the construction permit it to connect up with the restful hilly landscape behind it.
With these huge "windows" the Winery project is somehow similar to the New Tate, though strangely it also reminds us of similar operations in historic architecture, such as Vasari's example for the Ponte Vecchio in Florence or the loggias in Castiglion Fiorentino.

But the language used remains rationalist: the boldly elongated, monolithic volume, the clear, rigorous profile of the openings and the functional clarity of the plan, resolved in a single elegant rectangle, are clearly reminiscent of similar experiences, for instance, in the architecture of Mies, while the mechanism of repetition of components (in this case the gabions with their masses) does not impede the formal experimentation which leads H&DeM to describe their architecture as follows: "The force of our buildings lies in their immediate, visceral impact on the visitor".
In the context of that continuous crossing-over between memory and invention that is the outstanding characteristic of their style. 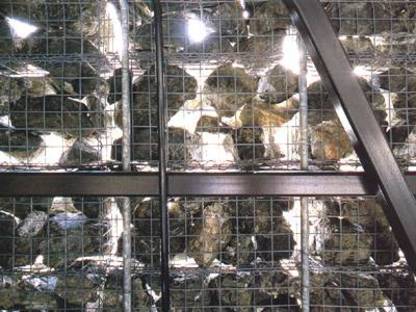 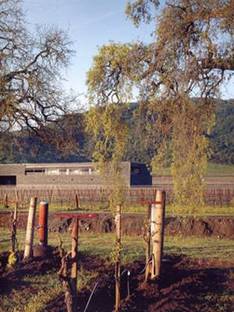 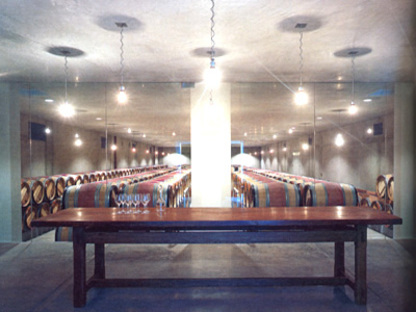 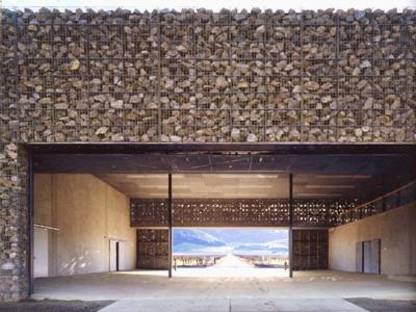 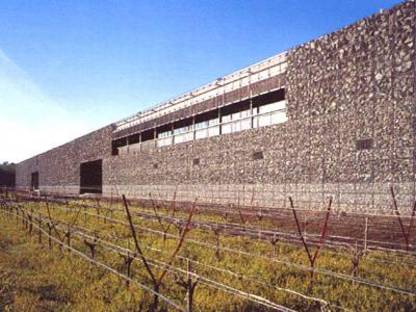 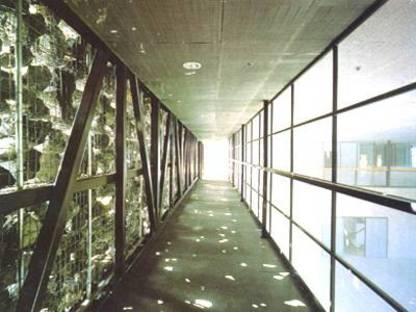