Lance and Nicola Herbst designed one of their most important projects on the beach of Whangarei Heads, on the east coast of New Zealand. The shape of the land determines the design of Herbst Architects’ Castle Rock House, in which imprecise confines help represent the landscape. 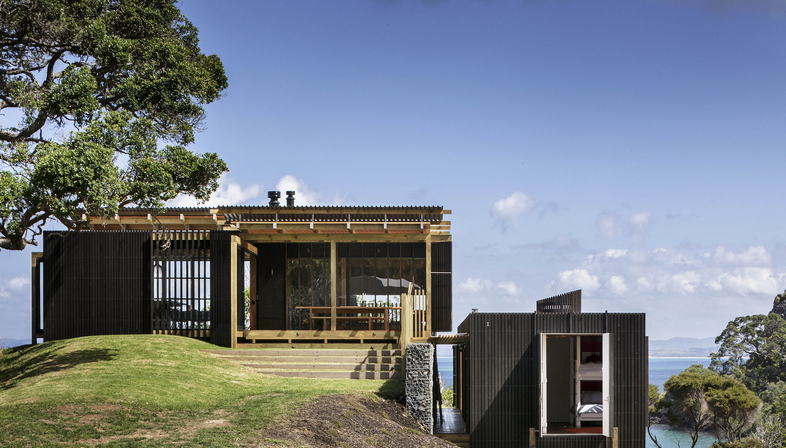 One of the most important recent projects expressing Herbst Architects’s artistic philosophy is Castle Rock House, a holiday home for a family of four on the east coast of New Zealand, north of Auckland, between the beaches of Whangarei Heads and the mountains. Lance and Nicola Herbst’s Castle Rock House has all the spaces one would expect to find in a holiday home, but their fragmented layout is entirely dependent on the shape of the land.
The clients originally wanted a simple boat hut, but ended up building a house for a family who love sailing, big enough for four adults and four children. Made entirely of wood, partly left unfinished and partly painted black, the building is contained in two pavilions on different levels, following the slope of the land toward the bay, with a stone containing wall separating them and forming the foundations of the higher level. This is the level containing the living area, while the lower block contains the bedrooms. As the view is different on each side, each side of the home is open to the view in one direction and closed off, partially and symbolically, in the others, making the most of the specific features of each view. The level containing the bedrooms and bathrooms, a black wood pavilion partially supported by pillars and resting against the hill, offers numerous views on the open sides, from which the inhabitants can watch the sun passing over the sea as the day goes on. The top level is an alternation of mobile closed and open walls making it practically impossible to grasp the proportions and confines of the entire space.

The square floor plan is divided into four rooms of similar size, two of which, the kitchen and the lounge, form the “confines” while the other two are the “openings”, looking toward the rocky mountains to the north and the sea to the south: a dining room and a second living room, both containing a big natural wooden table, connected through the kitchen. They cannot really be defined as “rooms”, for they are designed to be like decks, with no wall on one side, providing free access to the garden around the home. On the living room level, none of the spaces are confined or bounded by precise limits, not even the wooden beams of the roof, which partially rise upwards, but their dimensions blend together and the horizon is a landscape glimpsed indirectly or opening up directly.

The definite horizontal orientation of the two pavilions containing the living area and the bedrooms contrasts with the vertical orientation of all the windows and the windows cut into the sunbreak walls. In the middle of the floor plan is a staircase, which begins as a covered staircase on the living room level, goes down to the bedrooms only partially covered, and finally becomes a pathway with steps down to the beach.
In this building, which rests on the ground, apparently weightless, wood will testify to the passing of time and the entire construction will appear to have been there for as long as the mountain that shelters the beach from the wind. 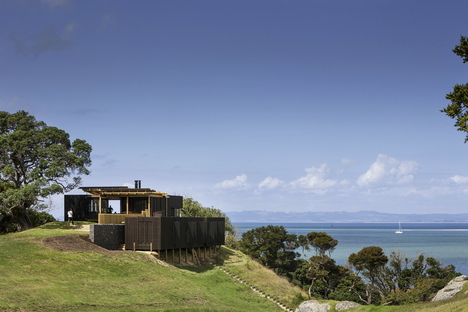 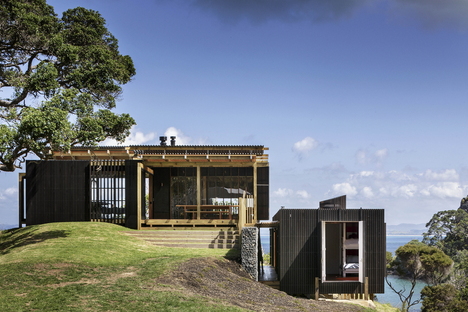 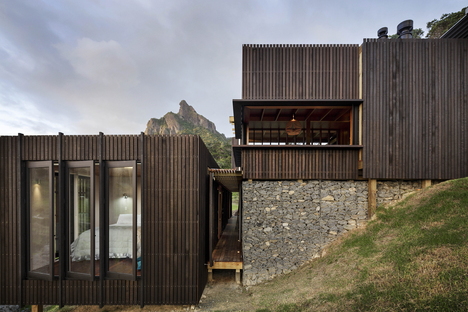 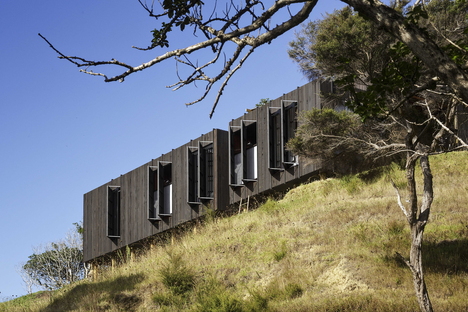 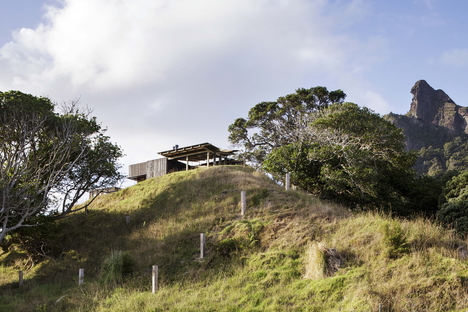 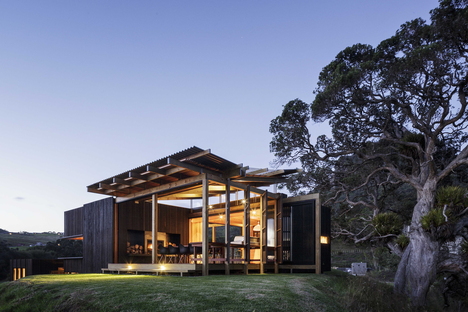 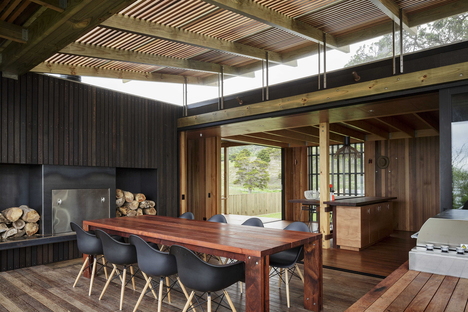 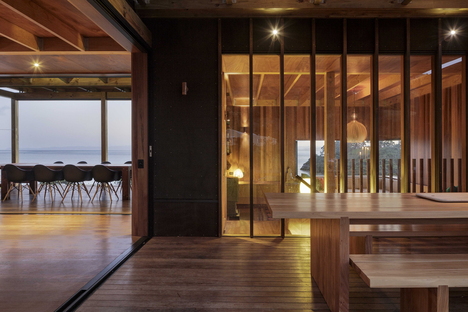 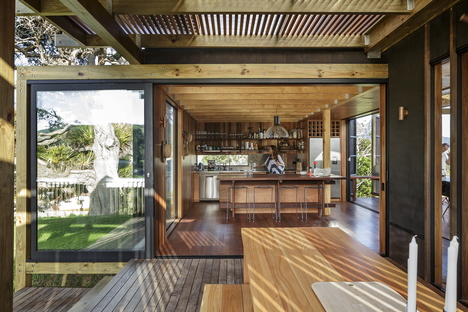