Across from the new library in the centre of Copenhagen is Henning Larsen's Unibank headquarters, with its herringbone shape offering views of the water to the north and the city to the south. 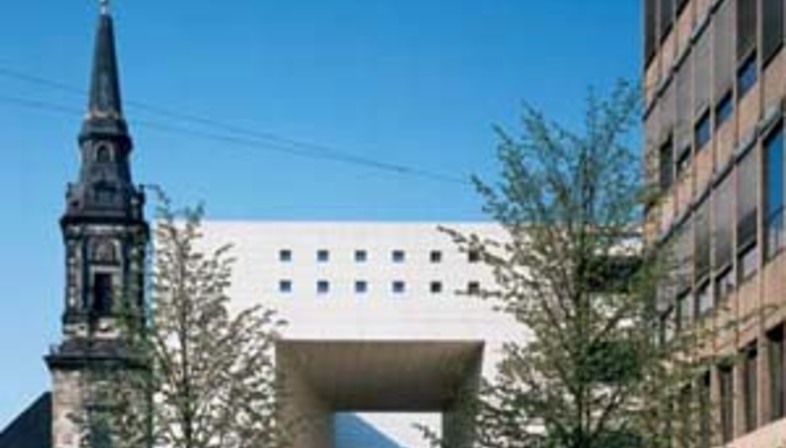 The six big doors of burnished copper appear splendid in the slender form they establish, halfway between abstraction and symbolism. Not aligned with one another, they are perceived as highly compressed, as if distorted through a zoom lens. The sixteen-metre-wide heads form a strong contrast with the Baroque bell tower behind them, and the glassed-in walkways spanning the width of the long blocks offer views over both the sea and the old town. Interiors focus on clear organisation and light.

As we walk along the waterfront, the big brass doors look like dynamic, jagged images in which fragments of sky and metal overlap to create contrasting light and dark fields. The western facades of the building overlooking the sea contain big black cages, squares jutting out of the building, to light up the city by night and in winter; the eastern facades are curtain walls of glass. The theme of the box appears again and again in Larsen's work: he often puts together simple boxes of different materials, fixed into one another and projecting out from one another, with doors acting as joints and signals. In the Unibank headquarters the theme of the box gives us the impression that the building rises about 80 centimetres above the wharf, reinforcing the building's metaphysical effect in line with the vision Copenhagen offers of itself.

At the back of the building, along the tortuous Strandsgade, the architectural complex takes on a more sober appearance: after entering a grand courtyard, we proceed into the high-ceilinged entrance hall. On this side the facades are not black but white, covered with limestone; there are no more projecting boxes or uninterrupted façades, but windows level with the wall. The borderline between front and back is formed by the passageways of glass connecting the various teeth of the comb.

Unibank is a work of clear forms fitting perfectly into the fabric of the city, participating in Copenhagen's urban identity with its spaces and passages, its materials and furnishings; the complex also proves that it is possible to build a large building which fits harmoniously into a particularly delicate urban context. 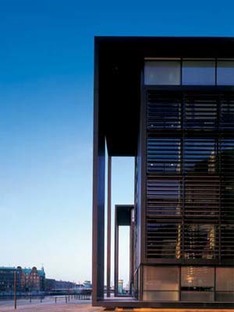 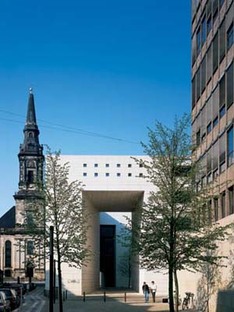 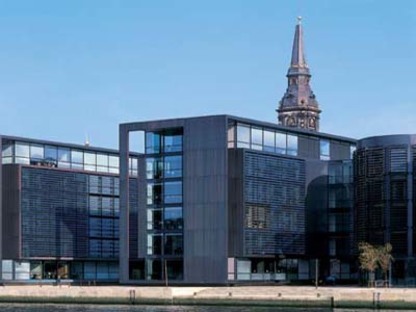 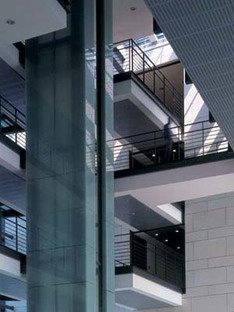 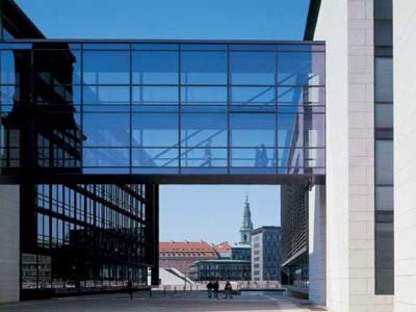 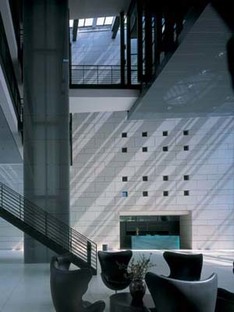