Henning Larsen Architects and the new Moesgaard Museum in Aarhus

The archaeological and ethnographic collections of the Moesgaard Museum in Aarhus (Denmark) have a new home, designed by Henning Larsen Architects. Inspired by the experience of archaeological research, Henning Larsen Architects’ project “lifts” the green roof of the new Moesgaard Museum above the ground, hiding the building itself under a mantle of grass so that it does not interrupt the continuity of the landscape. 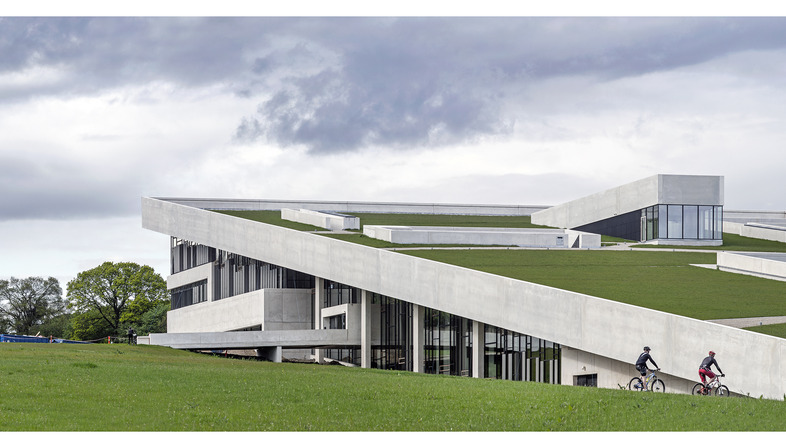 For the new Moesgaard Museum, Henning Larsen Architects wanted to create a building that would blend into the earth without altering the balance of the landscape on the hills overlooking Aarhus Bay in Denmark.
The archaeological and ethnographic collections, including unique artefacts of Danish prehistory, had previously been kept in a historic manor house nearby, but the curators found that the old building had limitations as it had not been built for use as a museum. The new Moesgaard Museum project actually began back in 1996, when the museum’s management held a design competition on invitation, worried about building a new construction in a place like Aarhus where the green hills of Skåde slope down to the bay without any other constructions or obstacles to contemplation of the landscape.

The concept proposed by Henning Larsen Architects surprised everyone and went further than any of the other submissions, succeeding in almost entirely ldquo;eliminating” the new building’s presence and impact by having the building emerge out of the land itself rather than sit on top of it as a new construction. The museum’s design, clearly inspired by the experience of archaeological design, starts with the roof, an inclined garden that rises out of the ground up to a height of 21 metres. Thus the project returns most of the land it occupies for use by museum visitors, who can stroll on the roof and sit outside having a picnic and enjoying the view. The museum interiors are arranged on three levels linked by a grand staircase which stands out in the design as a key point for distribution of exhibition routes.

The green roof is interrupted at several points to create links between inside and outside, between the exhibition halls and their context, promoting and encouraging contemplation of the landscape. The main entrance on the ground floor leads to the ticket counter, washrooms and dining area, which extends outside the building.

The building is made of concrete, used “in Nordic style”, that is, not sculpted in brutalist fashion with expressionist self-satisfaction but viewed as a necessity, neither hiding nor celebrating itself. The presence of the concrete is in fact overwhelmed by the nature outside and mitigated inside the building by use of wood, leather, fabrics and colour.

Moesgaard Museum is a total design project in which the architects took care not only of the built volume but of all the interior design, from the exhibition halls to the accessory spaces and the signs and logo. MOMU is the logo created specifically for the project, four letters which are pronounced the same way all over the world, demonstrating that the museum is designed for all. People and their needs are the starting point for the architects’ concept of a museum that falls somewhere between culture and entertainment, with a big green lawn as its emblem. And in fact the first thing visitors do – adults and children alike – is climb to the top of the roof to admire the view of the hills and the bay. 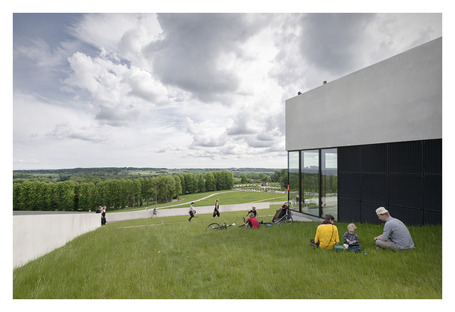 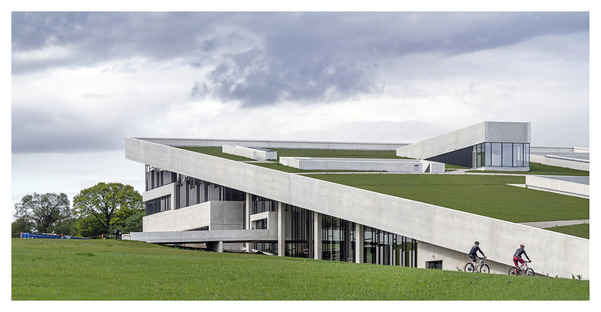 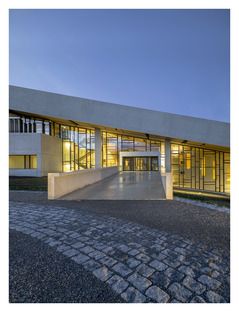 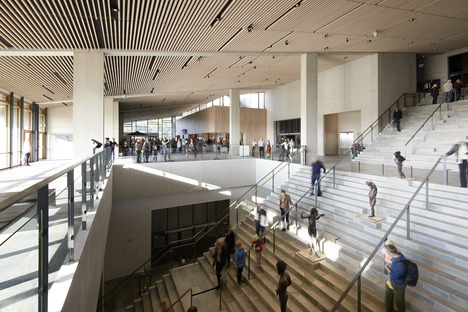 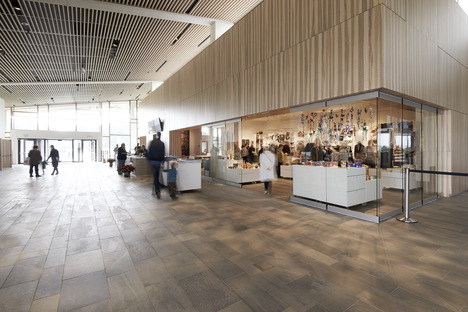 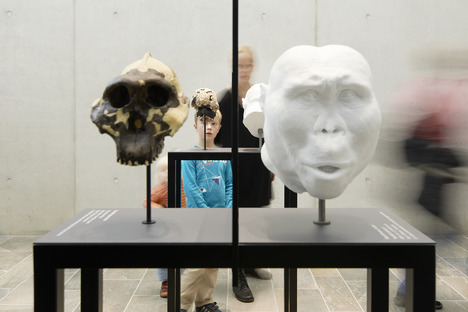 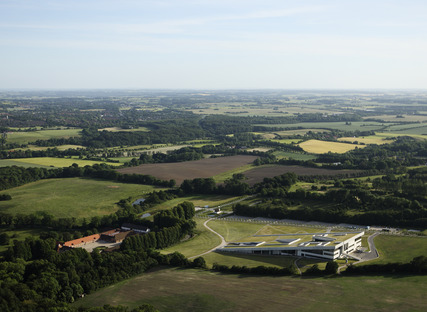 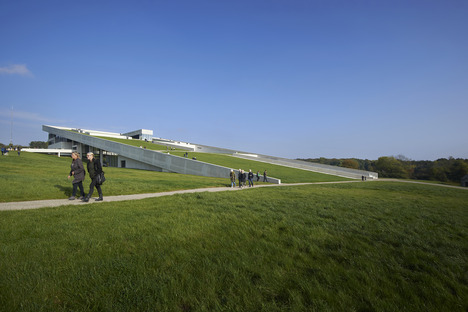 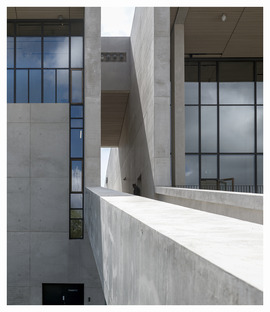 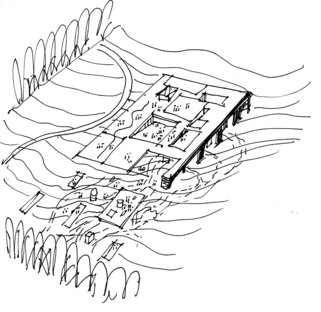 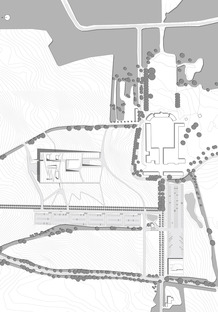 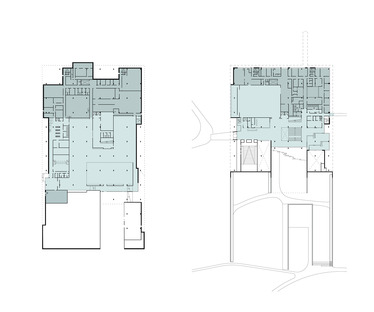 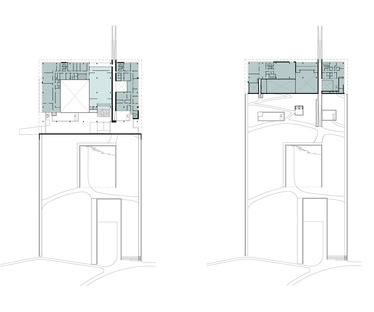