The images of Notre Dame's fire-ravaged roof attracted international attention, but the Parisian monument is not the only one to have been devastated by fire. In the history of architecture there are countless examples of these, and in some cases, as in Haworth Tompkins' recent project for the Battersea Arts Centre in London, restoration returns to the community a work in which the memory of the past merges with new spatiality and possibilities of use. 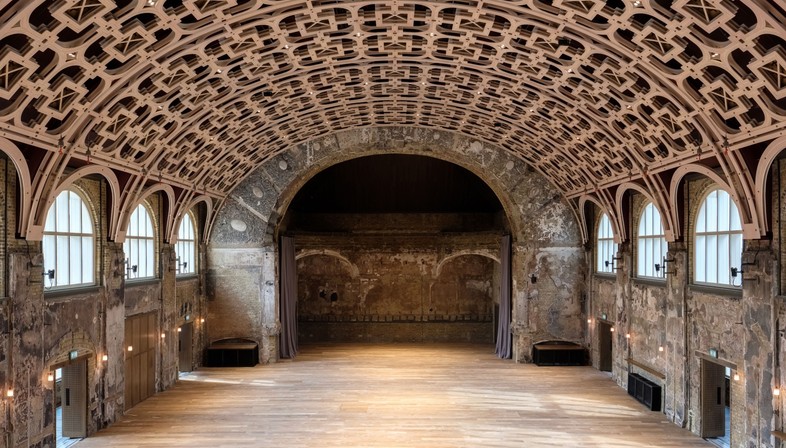 The burning of the roof and spire of Notre Dame captured international attention and brought the perennial theme of rebuilding historic buildings back to the forefront of public opinion: from "how it was, where it was" to the most imaginative and utopian of proposals. In the history of architecture, there are countless examples of monuments destroyed by fires and accidents caused by the actions of humans. In Italy, for example, the Gran Teatro La Fenice in Venice, after the arson attack which destroyed it on 29 January 1996, was the subject of a reconstruction that was faithful to the original building. In London, however, the architecture firm Haworth Tompkins has designed a somewhat unconventional restoration for the reconstruction of the Battersea Arts Centre. A charming Victorian building with an important past, devastated by a fire that, in 2015, started from the roof of the building and caused the collapse of the tower, also destroying the Grand Hall and the Lower Hall 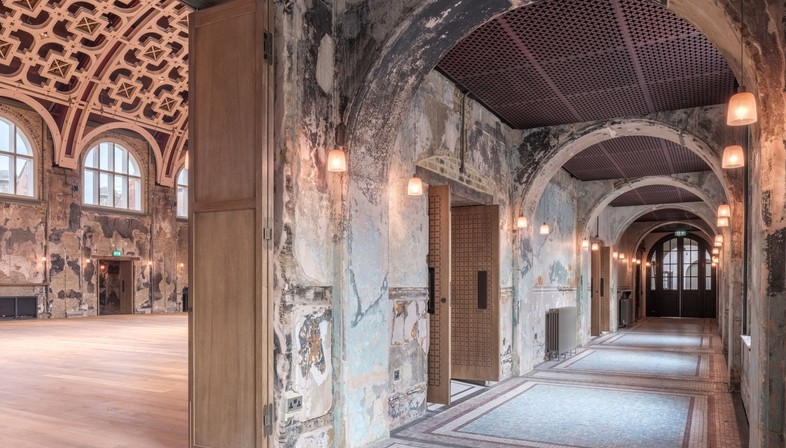 The Battersea Arts Centre restoration project was recently honoured by the RIBA, Royal Institute of BritishArchitects. The jury of regional awards of the British institution awarded the building the title of: Client of the Year Award 2019 for the London region. The prize was awarded precisely for the flexible and collaborative methods applied between the client and the architects. This is an inevitable situation, since the initial phase of analysis and then the development of the project were conducted in a way that was far from conventional, but rather inspired by what is called "scratch theatre". A theatrical improvisation technique in which ideas are tested in real time, and feedback from the audience is then used to develop the performance.
For this project, the architects from Haworth Tompkins were able to achieve a harmonious balance between the preservation of the building and the inclusion of new elements or materials. There are countless examples; for instance, white ceramic bricks were used to mend damaged wall coverings. Colour and material allow a clear distinction with the antique red bricks. The environment in which the relationship between new and old is most striking is the Grand Hall. The vaulted ceiling of the hall had been completely destroyed by the fire of 2015, but the supporting walls of the structure were mostly intact. The architects decided to preserve the signs of the fire; they intervened on the surfaces scarred by the fire with new additions, and focused the most important intervention on the ceiling. The profile of what had been the original structure was taken up and used as a guide with a new plywood grid. The grid is composed of perforated modules, inspired by the design of the moldings of the vaults destroyed by the fire, and makes it possible to hide from public view the technical equipment for ventilation, acoustics and services for other uses for which the room is intended. 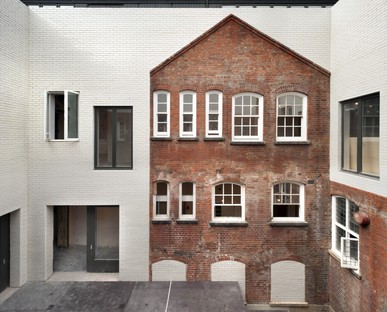 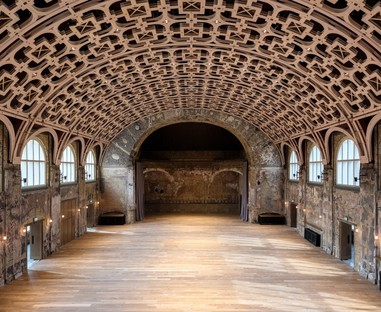 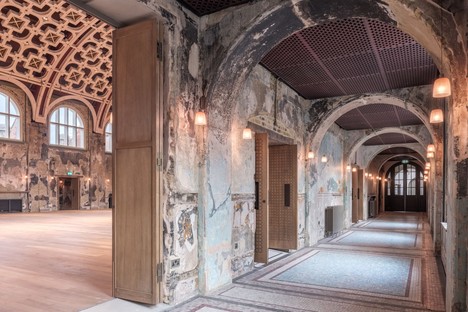 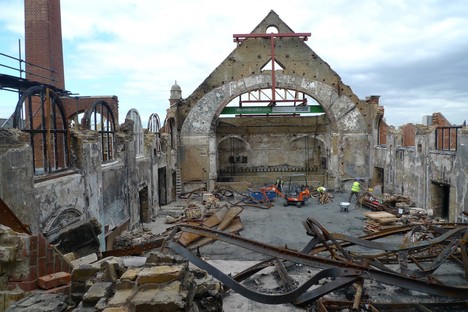 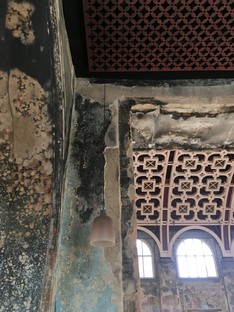