Selected among 40 finalists for the Eu Mies Award 2019, the holiday home in the town of Ullastret, thirty kilometres from Girona in Spain, has drawn attention to the work of Harquitectes. 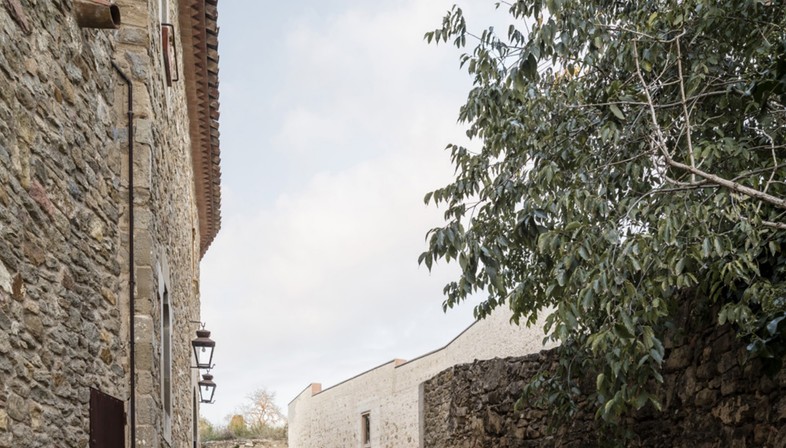 Following their intriguing functional conversion of the former Cristallerie Planell factory in Barcelona, recently described in Floornature, Harquitectes of Sabadell has designed a holiday home in Ullastret. In this project Harquitectes combine reflection on the existing building with a newly designed construction.
The historical component is pregnant with meaning in Ullastret, home of the Puig de Sant Andreu archaeological site, with a town centre of medieval origin. The ten towers of the ancient castle and a small core of narrow, steep alleyways still constitute the centre of the town, and the brick and stone walls that have enclosed the houses for centuries define the identity of the town centre.
At the intersection of Carrer Notaria and Carrer Firal, which lead from the town centre out into the fields, ancient stone walls face one another, surrounding small uncultivated plots of land: the irregularity and unfinished appearance of pebbles modified over the centuries give the walls great expressive power. A project aimed at saving them and incorporating them into a new construction while complying with city regulations requiring widening of the road made it necessary to knock the walls down.
The boundaries of the property at the intersection of the two streets had to be set back, but it was decided that the new perimeter would also be the wall of the home. Instead of putting the building in the middle of the green area, protected by another new enclosure wall, the project transforms the walls of the home into the new boundaries, creating an introspective construction which is completely inward-looking. In short, the wall embraces the garden, within which all the spaces are contained, facing onto the courtyard; as in the Middle Ages, the building is adapted to the geometry of the street, but only one level is left, preserving the scale of the old stone wall around the property.
Having thus restored urban continuity, the house also offers an opportunity to experiment with a type of residence which is unusual in this place, built on a single floor, revealing the site’s variable topography.
The house obeys the material and constructive logic of the original boundary wall while adapting it to suit new requirements. It is made entirely with weight-bearing walls, reusing stone from the old wall and mixing it with stone found on the site, aggregated with lime, cement and a mixture of raw clay in wooden formworks. When the wall was completed, the outer layers facing onto the street were chipped away by hand to reveal the stone, while the smooth finish of the formworks was maintained on the inside.
The contrast is underlined by the architecture of the two main walls: a hermetic outer wall with only a few small openings onto the street and the two entrances, a central one for pedestrians and a vehicle entrance at the eastern end; and the completely extroverted inner wall, made entirely out of glass, with no infill, in a constant inescapable dialogue with the garden. The layout of the project forms a big arc embracing about 1000 square metres, in which the bedrooms and a study are located to the west, with courtyards between them and rooms for daytime use on the eastern side. The utility areas, which need more isolation and less light, are positioned toward the inside; in some places the great thickness of the walls incorporates built-in furniture and utilities. The most commonly used spaces, on the other hand, have big windows overlooking the private courtyard. Communication between the two spaces is encouraged by the ideal path of the inner doors opening onto the garden. The industrial style of the interiors, with pipes left in view, matt wood frames and polished concrete walls, is confirmed by the choice of structural furnishings made of rough multi-layered wood. Different materials were chosen on the basis of a single colour palette of light greys and beiges, colours inspired by the nature around them, made up of earth and stone. 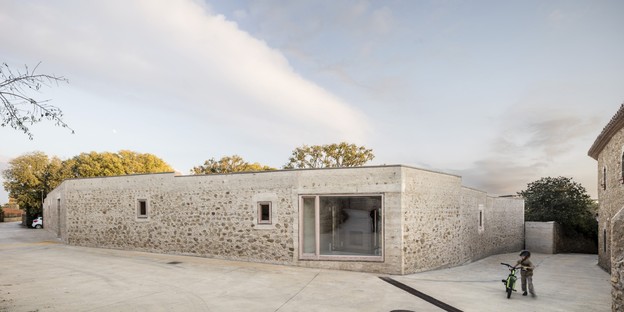 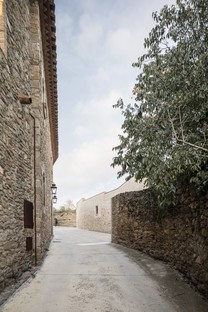 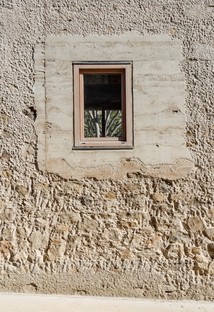 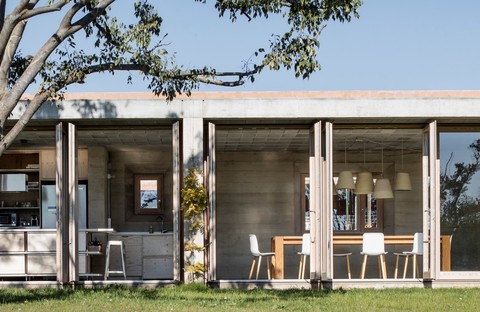 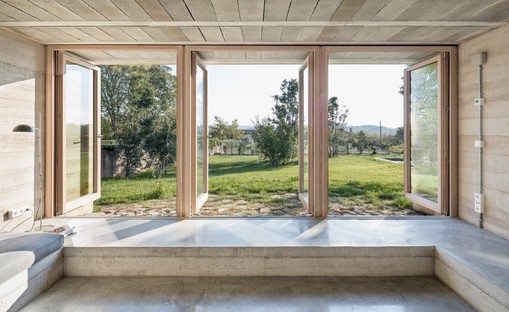 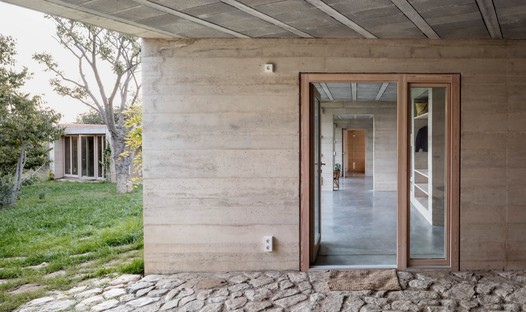 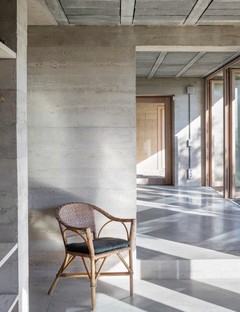 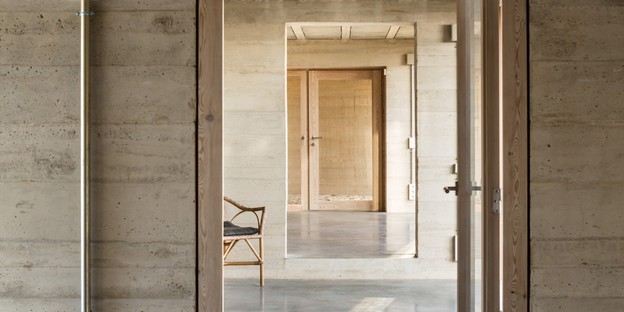 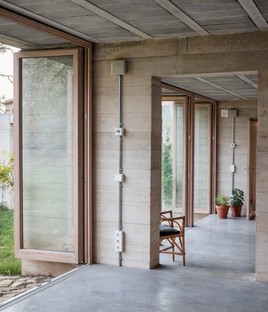 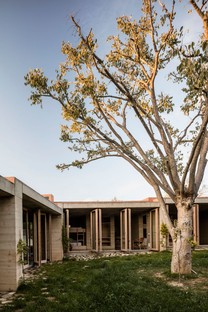 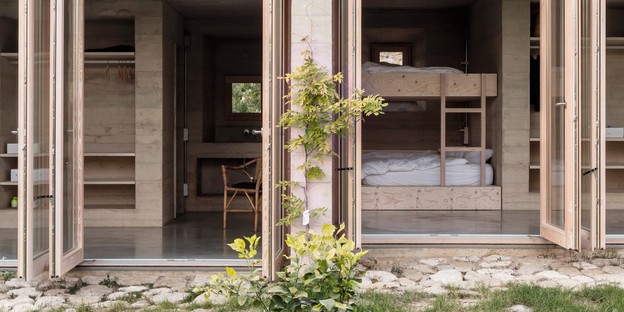 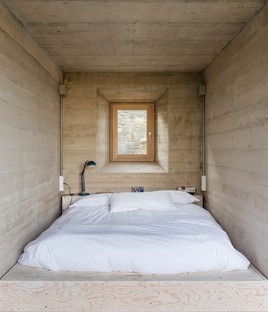 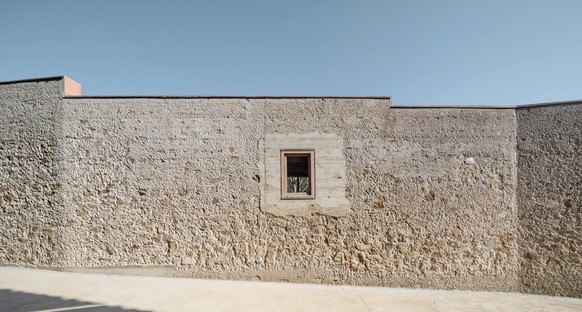 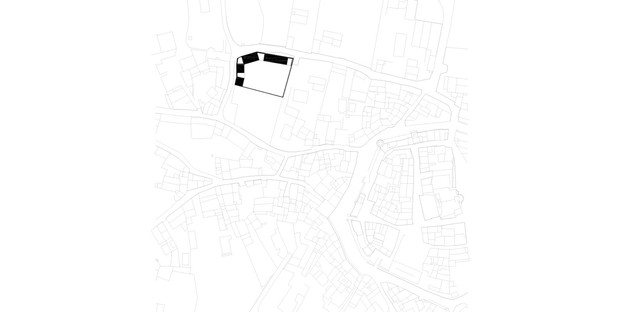 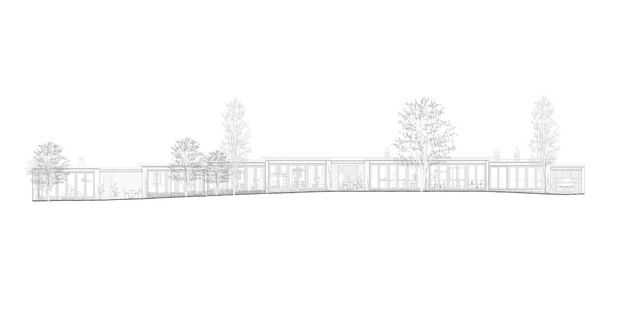 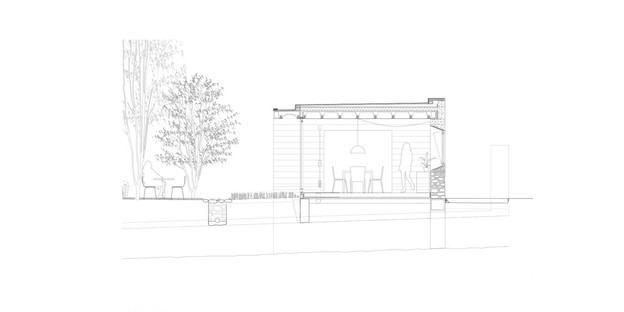 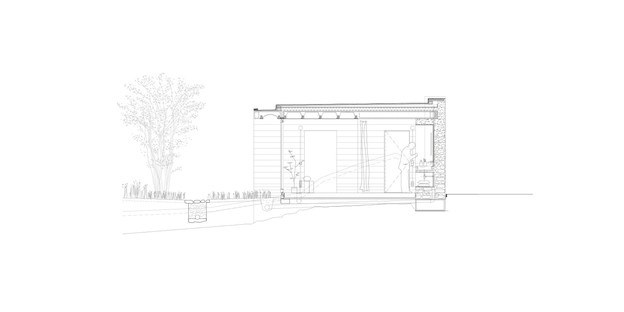 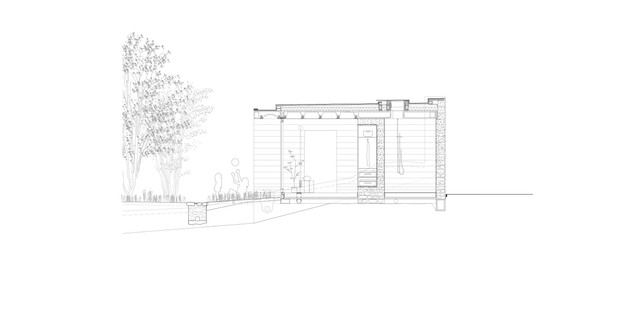 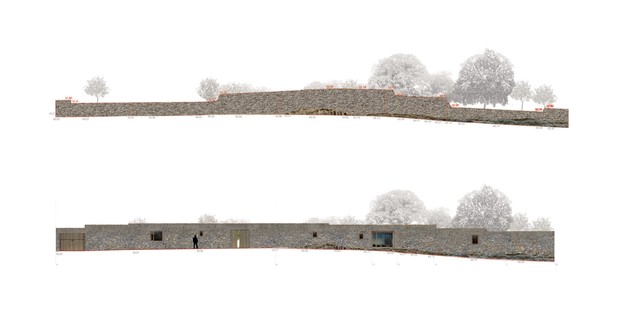 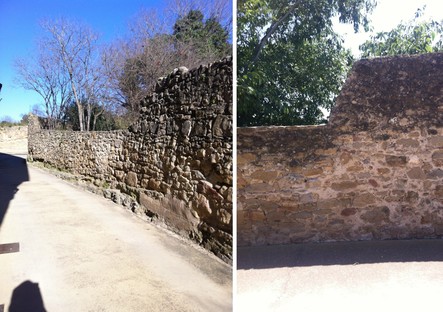 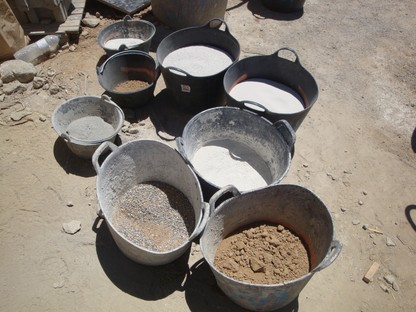 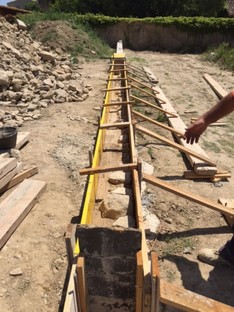 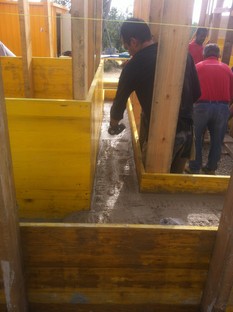 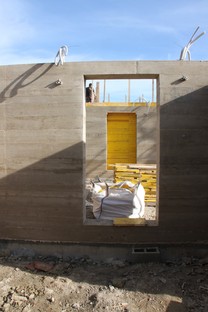 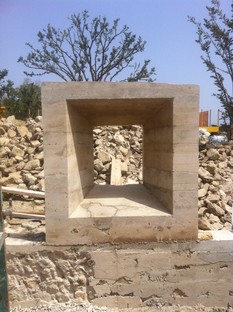