The London Bridge Station redevelopment project, completed by Grimshaw Architects, certainly has not gone unnoticed. And not just because it was selected as one of the finalists of the RIBA Stirling Prize 2019! For the duration of the construction work, the oldest railway station in Greater London - and one of the oldest in the world - never closed its doors to the numerous commuters and tourists crowding its platforms on a daily basis, who were able to follow the bold transformation, day by day. 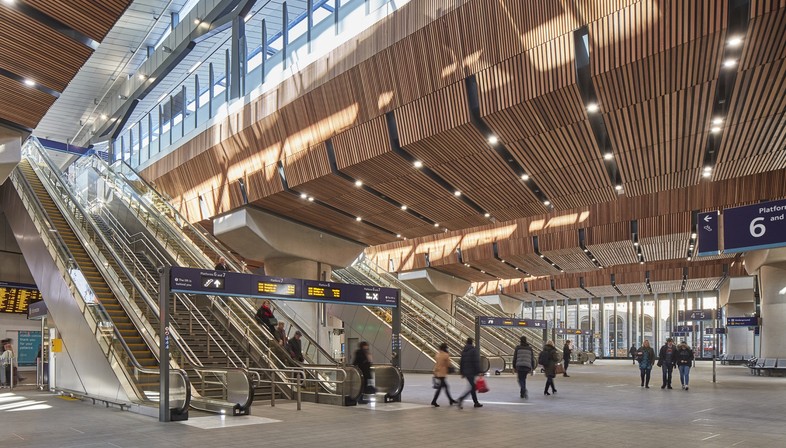 The project designed for the London Bridge Station by the London-based Grimshaw Architects studio can only be defined as a challenge inside a challenge. The first challenge was certainly the radical and bold transformation of what is the oldest railway station in Greater London, and one of the oldest in the world, originally built in 1836. The second, was carrying out the project efficiently, without any service interruptions, thus avoiding any inconveniences for the numerous commuters and tourists who crowd the station’s platforms every day and who, on the contrary, were able to follow its radical transformation day by day. The London Bridge Station in fact ranks fourth among London’s stations in terms of passenger traffic, as well as being an important and key infrastructure junction for future developments of London’s railway network. 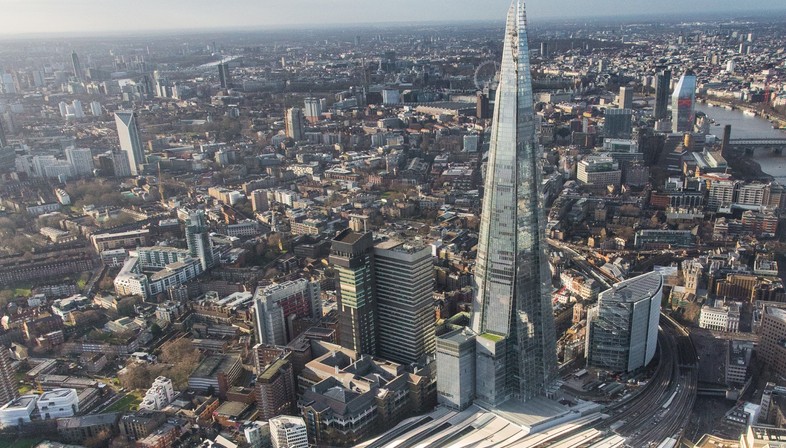 The implementation of a project as complex as the one designed for the London Bridge Station by the Grimshaw Architectsfirm was made possible thanks to the phase-based approach. The first major transformation of the station and the first phase of construction was the removal of the old railway brick arches, in order to create a large entrance hall. The bricks from the demolition of the arches were recovered and used for the construction of the interior walls. In the new Western Arcade connecting the London Bridge Station to London’s Tube network, the original railway arches dating back to the Victorian period were recovered, while the contemporary intervention was kept to a minimum and clearly highlighted using concrete arches, in order to emphasise the difference between the old and the new structures. 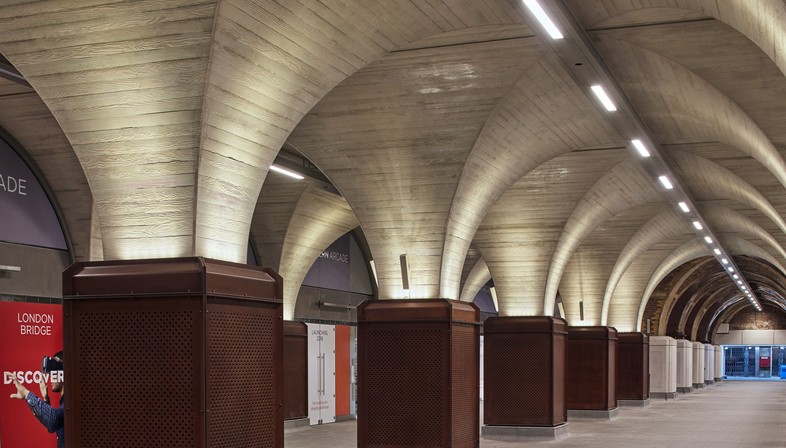 The new hall opens onto a large public square, obtained by demolishing an existing building. A winning choice that made it possible to create a closer connection with the surrounding urban fabric, including the nearby iconic The Shard skyscraper designed by Renzo Piano. The opening and the permeability of the station with respect to the city was also significantly improved on the north and south sides, where two new and large entrances were built on the façades facing Tooley Street and St. Thomas Street.
The considerable size of the new hall makes it possible to accommodate the passenger flow without problems, even during the busiest times. This large and unique space, the true fulcrum of the design, is home to the station’s various shops and restaurants, together with a pathway with a double lift system, which allows passengers to easily access each platform where the trains stop (the tracks are in fact located on the upper floor). The architects provided for wider walkways and platforms in the design, suitable for the high flow of passengers and ribbon-like canopies covering the railway lines, which allow natural light to filter down and also illuminate the atrium below.
The jury of the RIBA Stirling Prize selected Grimshaw’s design as one of the finalists of the 2019 edition, underlining the catalytic nature of the project for the redevelopment of the entire surrounding area, with a high quality standard. 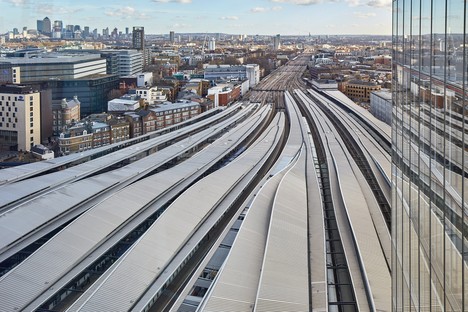 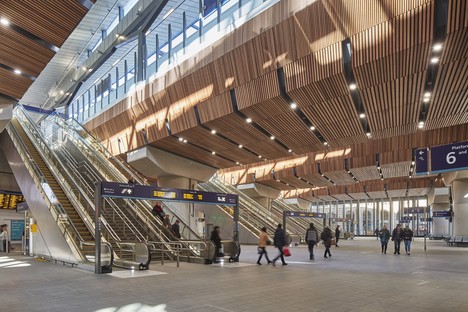 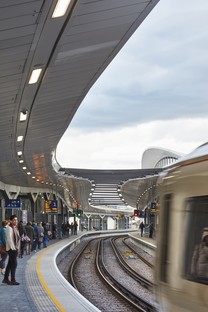 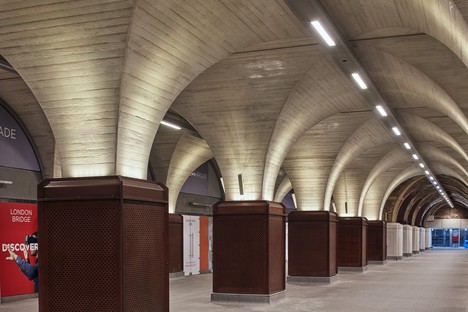 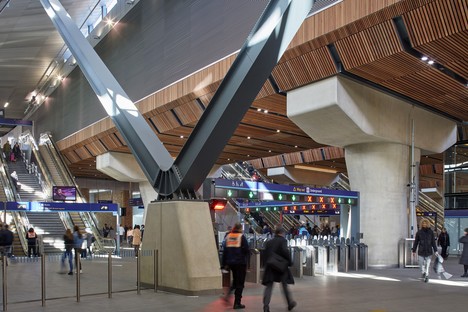 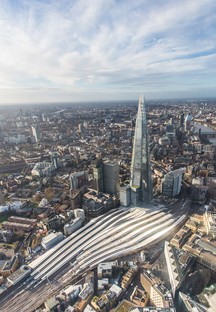