The recently opened Tianjin high-speed railway station was designed by gmp architectural studio after winning a competition held in 2007.
The new station is located about 130 km southwest of Beijing on the railway line linking China?s capital with Shanghai.

This important railway station is a key point for switching between the high-speed network, regional railway lines and the city?s metro system, as well as an important urban centre connecting the shopping district to the north with the historic city centre to the south.
The architects of gmp studio emphasised the concept of the station as bridge between different city districts and attempted a contemporary interpretation of the big railway stations of the late nineteenth century. The construction?s dynamism is suggested by its barrel roof 57 m high and 400 m long, a huge gateway to the city. 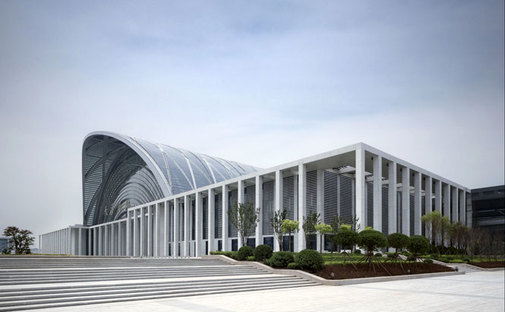 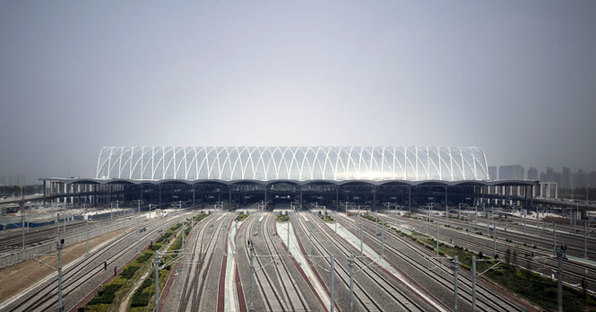 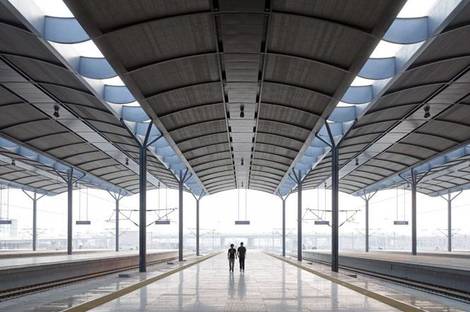 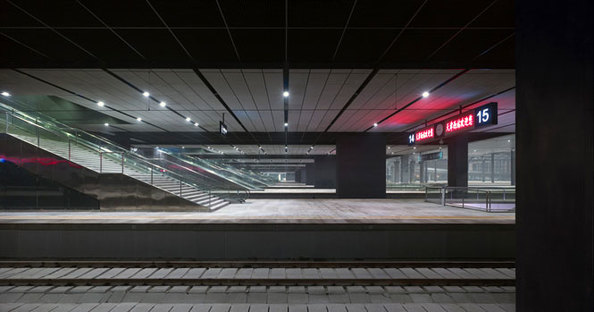 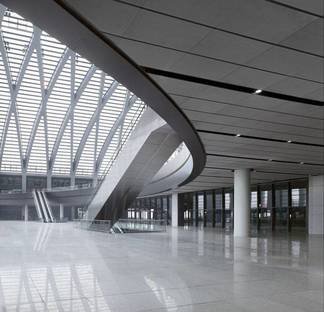 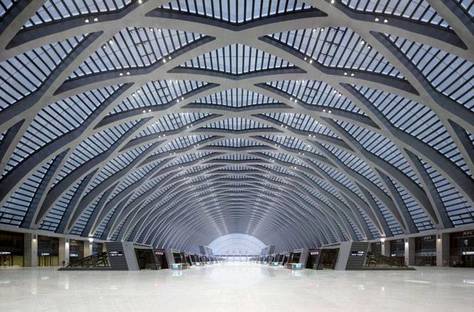 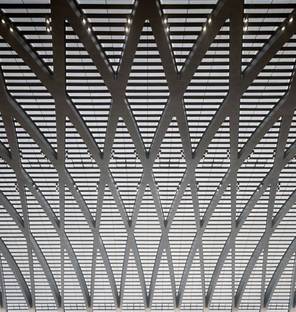