An Italian/German team made up of architectural practices gmp and Dejaco + Partner of Bressanone has been appointed for the restyling and expansion of Bolzano’s Druso Stadium, a Rationalist building constructed in 1930. 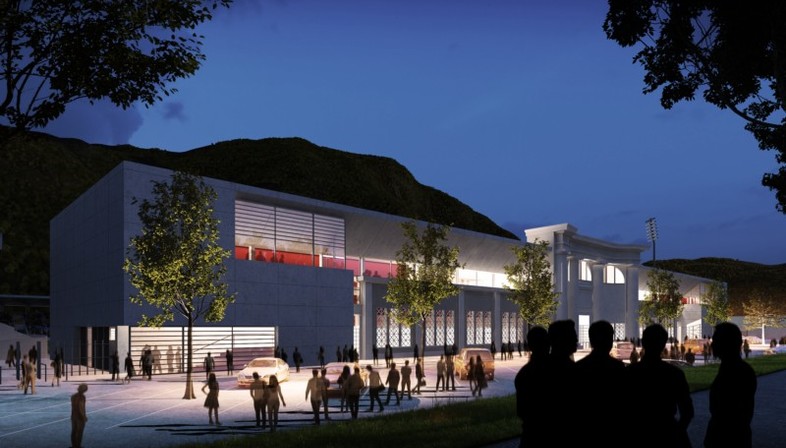 Druso Stadium in Bolzano will be renovated and expanded in a project by an Italian-German team consisting of architectural practices gmp and Dejaco + Partner of Bressanone, winners of the design contest.

The façade of the Rationalist building constructed late in 1930 in the city centre will be preserved and incorporated in the new volume, as it is considered a heritage building. The architects explained that the new main façade of the stadium does not seek to harmonise the old and the new or to put them in clear contrast, but to permit the simultaneous co-existence of different elements, visually differentiating them.
The new building will be adapted to meet the standards required for the second division by the FGCI and the new security requirements. In response to the client’s demands, the new structure will also be suitable for hosting other types of event, permitting use of the stadium between games to host conventions, courses, etc.
One of the existing stands, the Zanvettor stand, will be demolished and rebuilt on a larger scale, while the second, the Canazza stand, which is on the side overlooking the Isarco River, is of particular architectural value and will be maintained with static reinforcement. 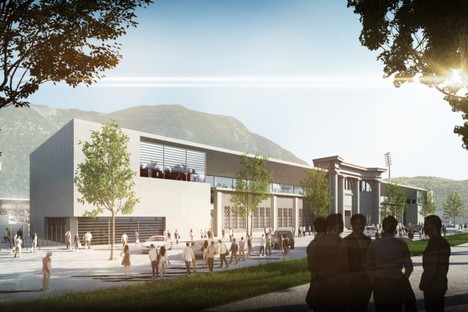 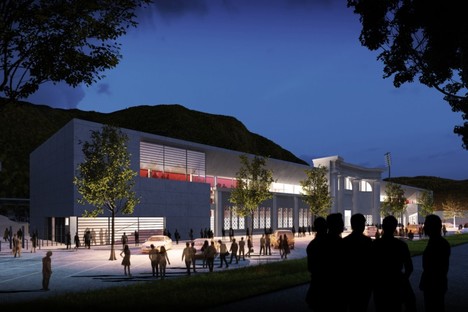 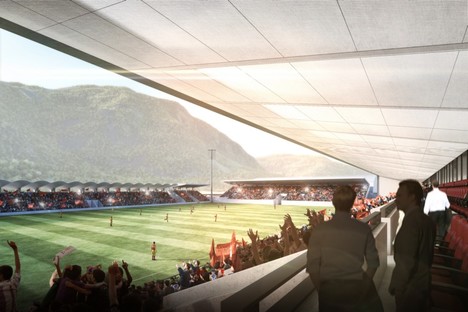 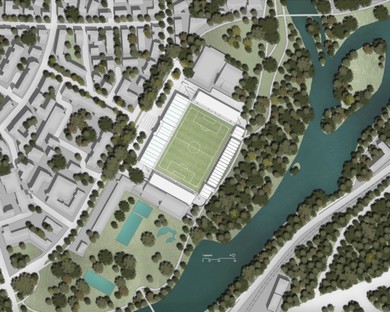