In 2009 gmp Architekten von Gerkan, Marg und Partner won an international design contest for a new museum in the Chinese city of Zhuhai. The project was recently completed, and the city, which has already risen to popularity as one of China’s top tourist destinations over the past forty years, can now boast a new cultural attraction. 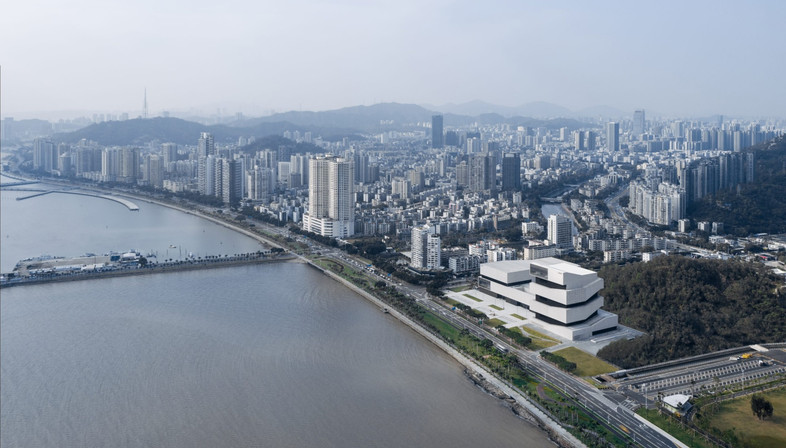 Zhuhai Museum opened its doors on October 26, 2020, after architectural studio gmp Architekten von Gerkan, Marg und Partner won the 2009 international design competition and built the museum to offer the Chinese city of Zhuhai a new cultural destination to its visitor attractions.
Zhuhai, on the south coast of China, in the delta of the Pearl River, was a simple fishing village until the 1980s, but has grown rapidly over the past 40 years to become one of the most popular tourist destinations in all of China.
The city’s success, which goes beyond tourism, is the result of a number of factors. First of all, its geographic location, surrounded by mountains but directly overlooking the sea, with numerous islands and bays. Plus its vicinity to such important cities as Macao and Hong Kong, to which it is directly connected via the world’s longest sea bridge, and the fact that Zhuhai was declared a free trade zone in the early ’80s. All these factors have undoubtedly contributed to the city’s strong economic growth and important urban development, and the architects of gmp took them all into account.
To tie the new building with the existing cultural facilities, the architects privileged two particular aspects, which they represented in the architecture of the new museum: the city’s history, with its culture and ties to the sea, and its urban development.
The city’s relationship with the sea was a particularly important factor in the project, not only because Zhuhai is a seaside city but because the museum is built right on the waterfront, by the Zhuhai Opera House designed by architect Chen Keshi. Thus the two buildings become a new gateway to the city for travellers from the north. The museum appears as a sculptural element, as if born out of a single architectural gesture, when it is in actual fact composed of two main volumes: one that is prevalently vertical, and another which is horizontally oriented. This duality reflects that of the landscape in this city sandwiched between high mountains and the sea.
The building’s façade is also inspired by this duality: stripes of pale granite alternate with panels of glass and aluminium. Seen as a whole, these elements create effects of light and shadow that make the spiral rising through the eight levels of the vertical volume visible on the outside of the building, right on its façade. At the same time, it helps ensure that the museum is perceived as a single sculptural element, like a ribbon of stone unwinding to create a path for visitors, culminating on the eighth floor, where full-height windows offer a splendid panoramic view over Xiangzhou Bay. 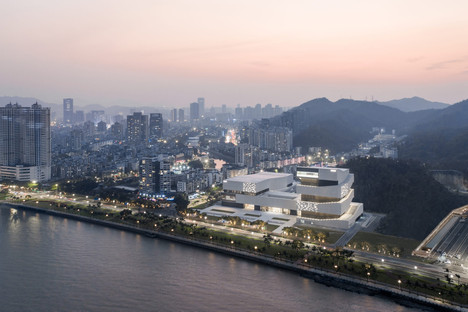 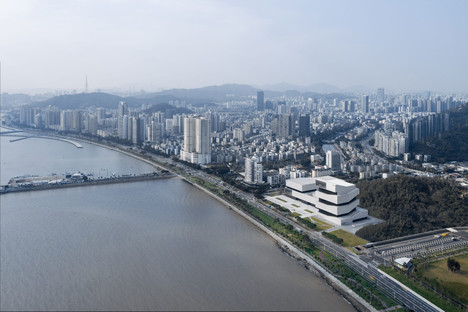 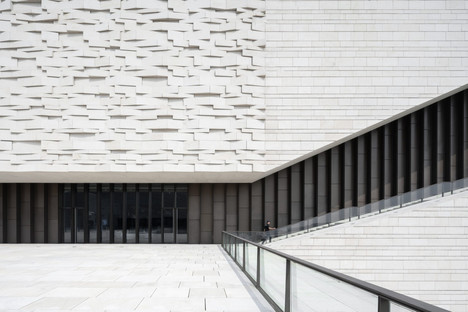 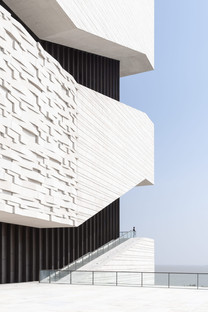 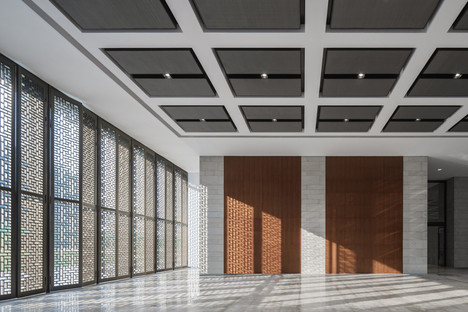 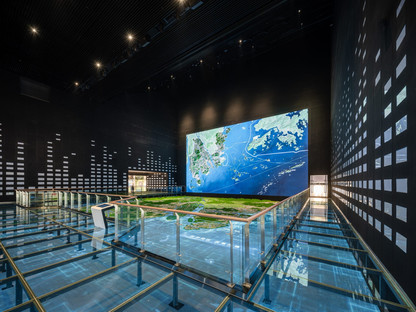