Glenn Murcutt's aesthetics of need in the Meagher house

The Meagher house is located on a farm 150 km south of Sydney. 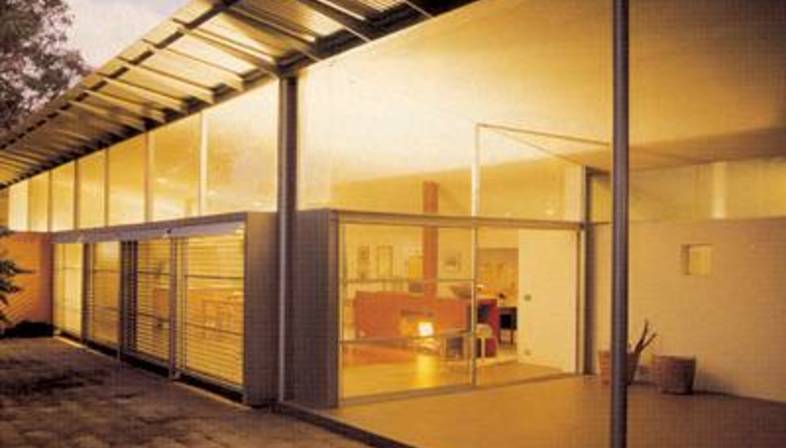 The site, which the proprietors intend to use as both home and office, is slightly sloped and characterised by the presence of centuries-old eucalyptus trees and beautiful panoramic views of Mittagong.
Murcutt chose to build the house at the base of the grassy slope to shelter it from strong winds from the south and southeast while leaving the natural shape of the relief unaltered.
As in most of Murcutt's houses, the plan is accentuated along the east-west axis and faces north the sunniest side in the southern hemisphere. The interior space is organised according to the wishes of the proprietors, who drew a detailed map of the functional requirements with the architect at the outset of the project.

The various rooms in the house open up off a corridor running the full length of the southern side of the building and combining its two most important areas: the bedroom area at the western end of the building and the office at the eastern end. A large open area in the centre of the long rod contains the living room and dining room, flanked by a covered veranda facing north.
The simplicity and severity of the plan, evidence of Mies Van der Rohe's influence on Murcutt, is enriched by the presence of outdoor terraces and patios which seem to establish a dialogue with the beautiful landscape around them.

This organisation of space demonstrates yet again how Murcutt's formal solutions are the result of attentive analysis of the geographic features of the location, not the outcome of free investigation of form but rather the response to a precise programme of respect for the environment and the inhabitants' quality of life.
The materials used in the Meagher home are autochthonous, and the technologies employed are those which provide the best and most economical combination of response to the characteristics of the site with the available resources and know-how.

Murcutt not only carefully assesses the mechanical and physical properties of his materials, but is extremely attentive to the external processes which affect them, such as wear, maintenance, the work required to assemble them and the ease with which they may be obtained.
For all these reasons he invariably turns to the materials characteristic of the functionalist tradition of Australian vernacular architecture, made up of agricultural and industrial constructions, such as woodsheds: animal shelters of iron and sheet metal.
He takes formal solutions from the aboriginal tradition, such as the veranda used as a shelter and filter or the sheet metal roof, with overhangs of different sizes depending on how the building is oriented, to increase or decrease the amount of sunlight let into the inside.

In the Meagher home, the shape of the overhangs on the roof follows a profile intended to decrease the impact of the strong winds characteristic of the area and let more light into the rooms facing south. The southern façade of the house, which is the most exposed to the area's strong winds, features a long masonry wall which is almost blind, above which sheet metal tanks are constructed to collect rain water; their curves reinforce the impression that this side of the house is closed off.
The north side, on the other hand, is highly transparent; all the rooms of the house are lined up on this side, and wooden shutters and glass panels allow the inhabitants to create their own relationship between inside and outside, letting in light and air as they wish. 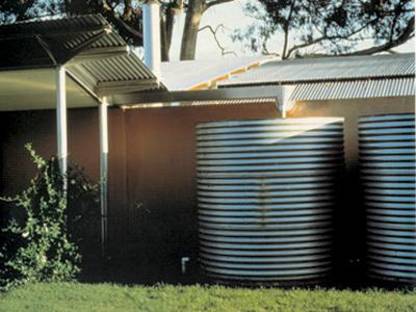 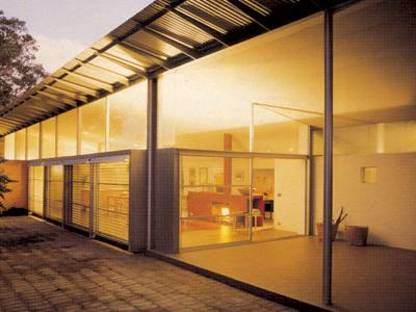 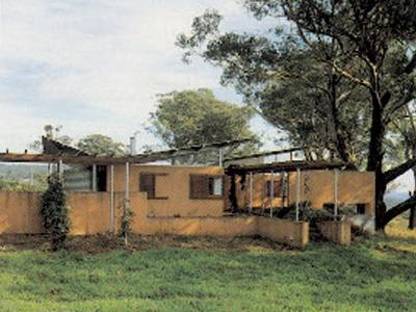 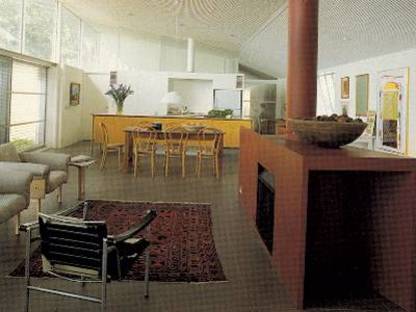