It will be called Neptune's Way, and it will be a pedestrians' and cyclists' bridge over the River Clyde in Glasgow, linking the Tradeston and Broomielaw districts. 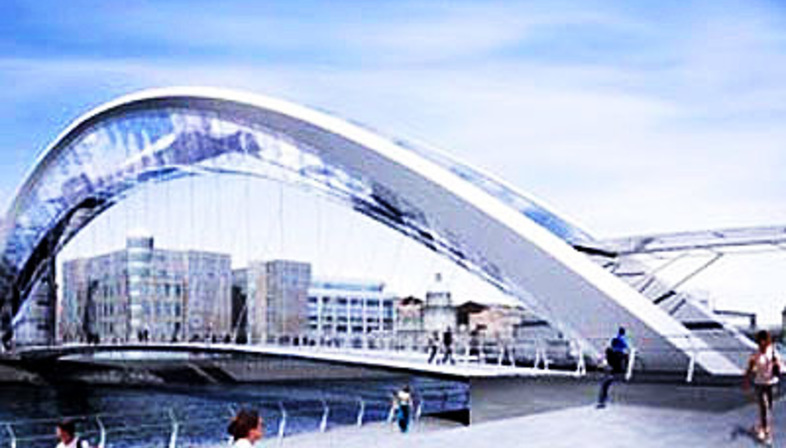 
This is another work expressing Richard Rogers' unique philosophy, in which he views architecture as a solution to problems linked with landscape but also as an art, indissolubly linked with ideas, creativity and aesthetics.
His poetic interpretation of design therefore becomes an essential step in creation, an element giving Rogers' works particular expressive force and symbolic character.
The particular configuration of the construction tends make it an infrastructure which stands out in the landscape, concentrating urban and architectural significance, and therefore an "urban catalyser" capable of enhancing and emphasising its context.

The goal of the project is in fact redevelopment of the entire area and re-launching of Glasgow on the world scene.
According to Charlie Gordon, head of Glasgow City Council and chairman of the jury, Neptune's Way is clearly a work of twenty-first century architecture and must be viewed not simply as a quick way of getting from Tradeston to Broomielaw but as a symbol of the city and a tourist attraction.
And in fact the Glasgow City Council hopes that the construction will give rise to new opportunities for the city, fitting into the International Financial Services District, the city's best-known quarter.
Faithful & Gould and Atkins will be in charge of project management and provide support for engineering, hydrology and architecture. 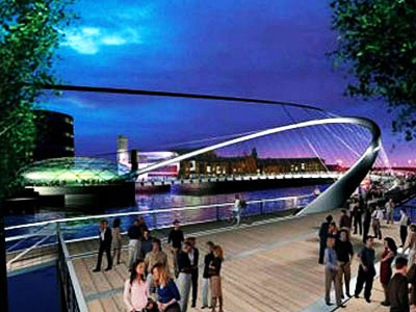 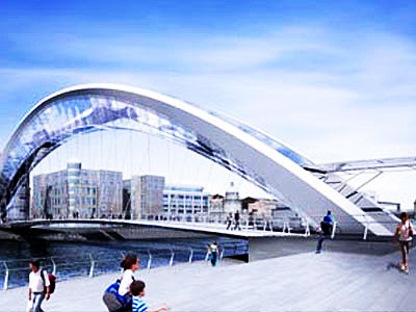 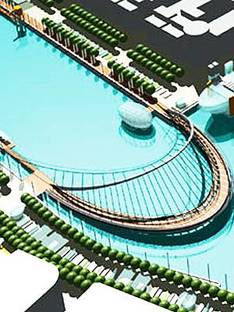 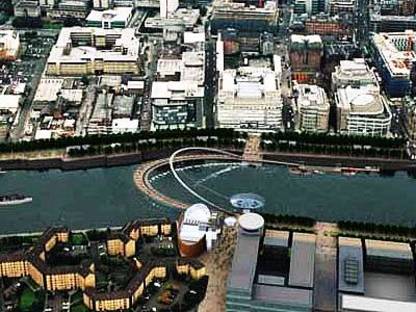 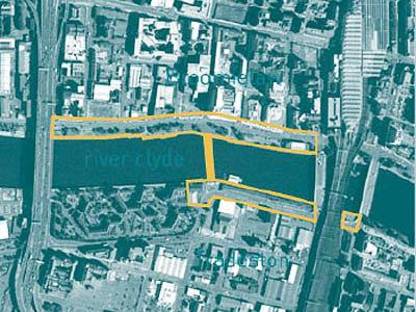