A museum complex designed by Swiss architects Annette Gigon and Mike Guyer is under construction in Kalkriese, Germany 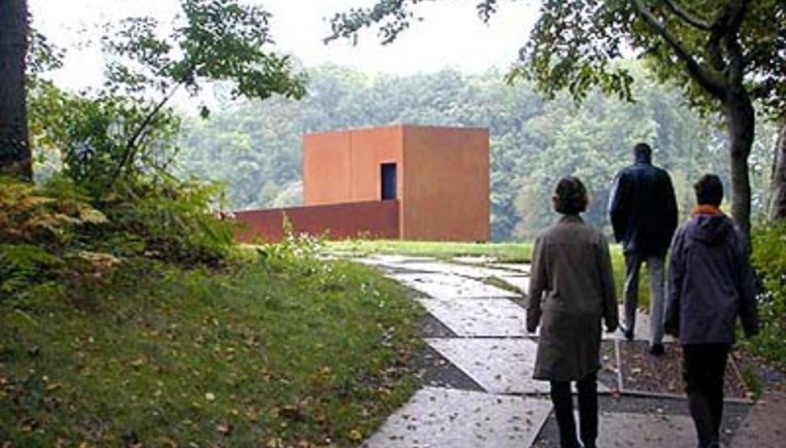 A museum complex designed by Swiss architects Annette Gigon and Mike Guyer is under construction in Kalkriese, Germany. The museum rises on the exact location of the famous "Battle of Varo" (AD 9) in which Germanic rebels defeated the Roman legions.
Kalkriese is considered one of Europe's most significant archaeological sites, as numerous artefacts have been found testifying to the bloody battle that marked the end of the Romans' dominion over Gaul.

The project by Gigon and Guyer is a historical and symbolic reconstruction of the battle, a sort of "voyage on the spot" tracing the genealogical line from AD 9 to the present day.
Small-scale constructions reproduce a scheme leading the visitor to an appreciation of the complex stratification of different eras and cultures.

The central building blends in with the ancient battlefield surrounding it with the aid of three pavilions where an exercise in amplified, surreal perception is carried out: the pavilions are named "seeing", "hearing" and "understanding". In a darkroom in the first pavilion visitors view a reproduction of the outside world projected onto a crystal ball enclosed in a shell of steel.
'The second pavilion allows visitors to hear noises from the outside amplified in a soundproofed room through a cochlear system consisting of galvanised steel elements welded together, permitting identification of the different origins of sounds.
The third and last pavilion is located at the end of a winding path; inside it nine video screens show fragments from news broadcasts and scenes of war recorded in hot spots all over the world. On the opposite site, parts of the ancient battlefield are visible through gaps in the wall. 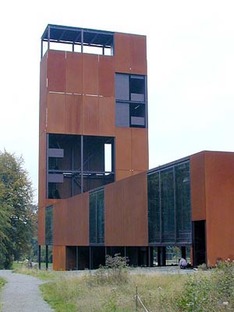 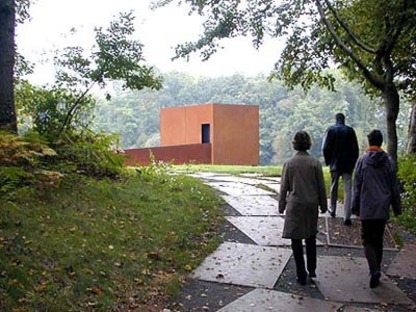 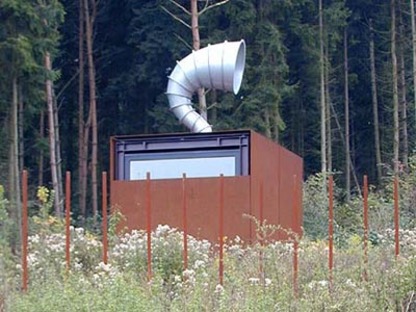 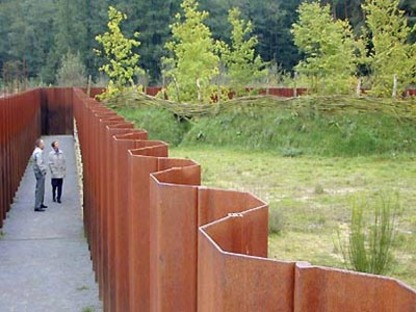 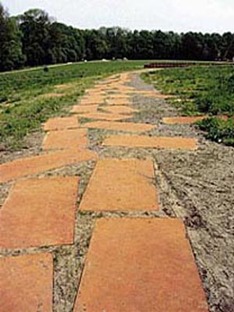