Archea has made its mark in Venice, with an elegant, refined, sensual project: Galleria Tornabuoni Arte in Campo San Maurizio, not far from Piazza San Marco. 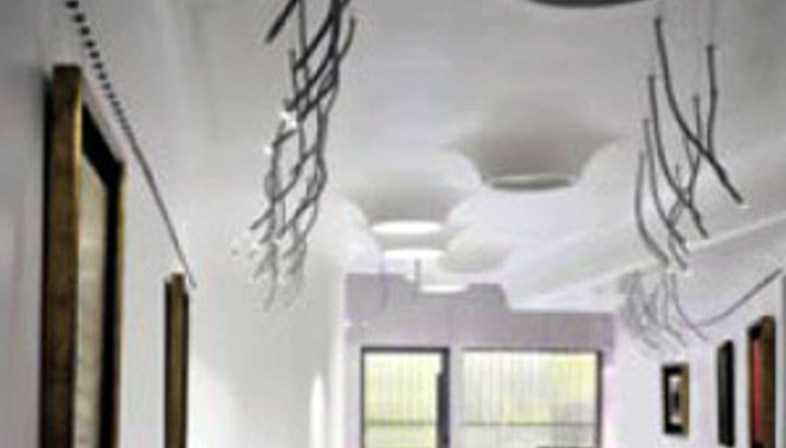 A small cellar has been transformed into an art gallery.
The project?s vocabulary involves use of contemporary, enclosing, seductive lines. It is reminiscent of the interiors of Asymptote?s Carlos Miele store in New York: white, glossy, curvaceous, organic, representing urban dynamics while at the same time enclosing an ethereal, enchanted escape.
Galleria Tornabuoni Arte, opened in Florence in 1981, organises exhibitions of the works of twentieth-century Italian masters and significant members of the post-war international avant-garde. Four more galleries have been opened in Milan, Portofino, Forte dei Marmi and, in 2005, Venice.
The aim is to represent Italian and international art in an evocative environment capable of dialoguing with the objects it contains. The architecture is just as important as the art, in a scene which offers emotions and reflections on aesthetics and possible forms of synergy between the poetics of space and the fascination of art.

Monochromatic, free of connections, the gallery is the product of renovation of the existing structure, eliminating vertical supports to create an uninterrupted, continuous space.
The gallery is designed to be a sinuous, soft route of white resin guiding visitors and accompanying them along a series of concave and convex walls and motion-packed, fluid, involving spaces. The flow of visitors encounters the flow of the architecture and melds with it, generating a dancing, dynamic, flexing, living atmosphere.The architecture guides and is guided at the same time. It guides visitors? steps with its soft lines and is guided by the movements of the people in it, thus forming a symbiotic relationship between architectural flow and human motion.
The strength of the project lies in the spatial continuity between roof, floor, chairs, supports and light sources, which all take form out of the same body. This continuity becomes a subtle, cultured metaphor for the relationship between art and architecture.
The trait d'union of this symphony of cross-references, relationships and connections is light. Cold, plastic artificial light sculpts the architecture and makes it into a work of art itself, a permanent exhibit. 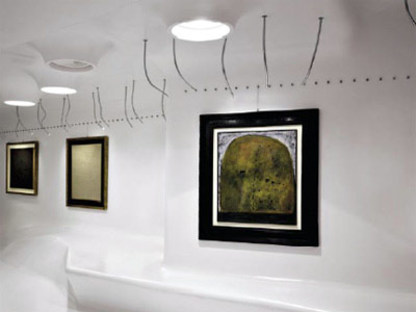 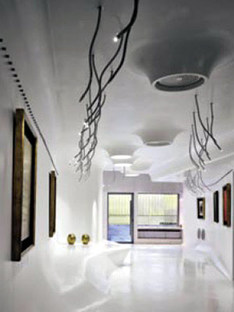 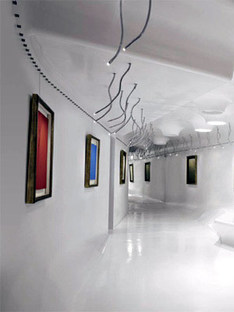 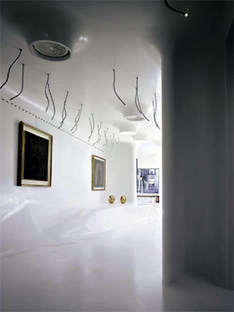