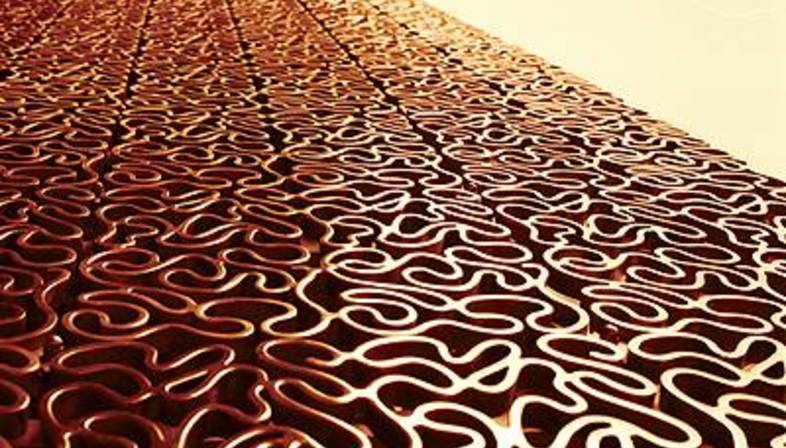 The facade of the restaurant Planet Hollywood placed inside the building of the Force Entertainment Centre in Auckland is an interesting example of the compositive freedom offered by the choice of a curtain-wall. In this realization the internal masonry becomes the support for a composition expressing solidity and lightness at the same time.
A fine balance of volumes emphasizes the access to the restaurant by means of a more solid texture inserted into a lighter, poetic volume. The surprising effect is however provided by the unusual and contrasting match of elements: what appears to be a compact finish is actually a sinuous metal fretwork outlining the entrance portai, itself included into a lighter volume covered by smoothed thin slabs.

This surprising element is the GranitiFiandre thin slabs with an intense shade of blue: the compactness of this material combines with its capacity to lighten the volume that through the changeable reflecting property becomes unexpectedly light and dialoguing with the colors of the sky. The effect is that of a full yet not heavy volume, that makes of this reflecting property a strongly expressive aesthetic element.

The playful-measured result harmonizes the compositive logic of the facade: the portal, defined by a perforated skin softens toward the inside of the volume into a sequence of metal ogives that have a monumental quality in them. The play of plastic volumes emphasized by the GranitiFiandre porcelanised grès slab Princess Blue in the 40x40 cm format with smoothed surface, produces amazing chromatic effects that change as the point of view changes: an elegant characteristic that makes the design a rich one, suitable for a prestigious clientele.

By means the reflecting surface the volume of the Force Entertainment Centre maintains a quality of lightness while at the same time me surprising the observer through its irregular mirroring effect. An almost paradoxical project that can overturn the weight of the net volumes that make up the facade thanks to its materials. 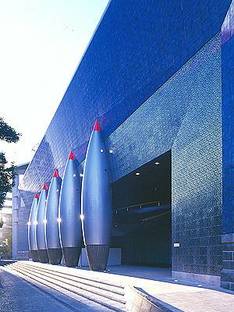 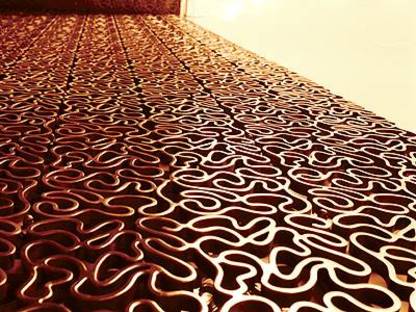 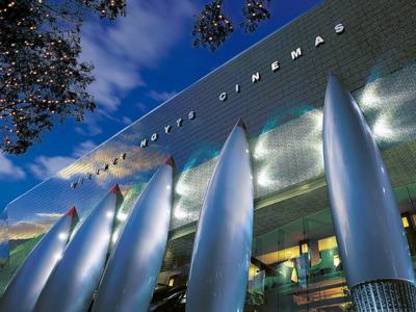 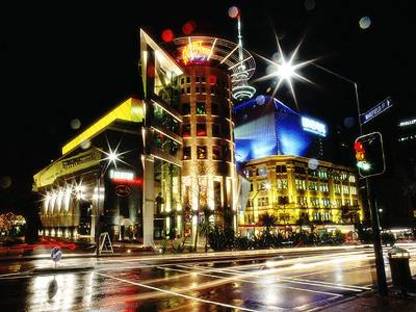 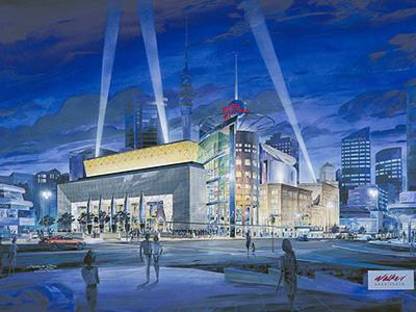