Adapt to your surroundings, or stand out alone? Contemporary architecture is constantly trying to answer this question. But there are projects which manage to go beyond it without having to choose, achieving the perfect synthesis between standing out and blending in, between symbolism and enhancement of the surrounding landscape. One of these is Mellat Park Cineplex in Tehran. 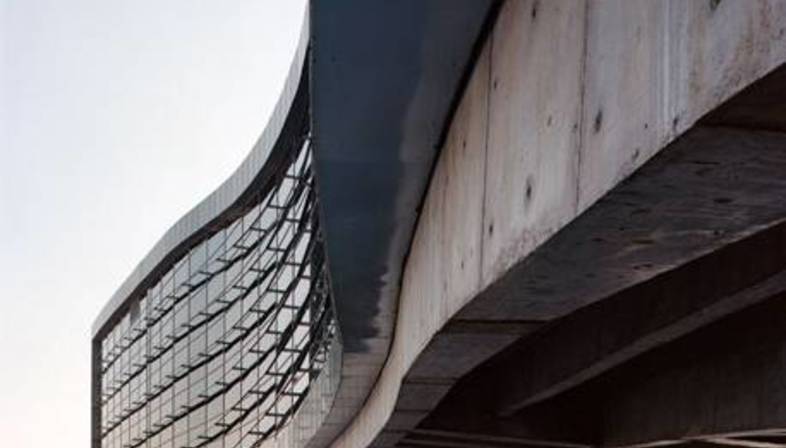 Entertainment and culture open up to the landscape, inviting the people and the whole city to come in and take their fill. Film is one of the most popular arts in Tehran, and the new cineplex designed by Fluid Motion Architects faces south, toward the centre of Iran’s capital city, to invite the population to use the city's suburbs as well, offering an opportunity for aggregation.
The new cultural centre stands on a 6000 square metre area in Mellat Park, a garden where people go to stroll and where a big sports complex has been built, as well as an international trade fair centre and, to the east, separated from it by a straight stretch on a major traffic artery, a large residential area of highly uniform constructions. The curved shape of the lot invited the architects to follow its sinuous course, which in turn depends on the curve in the Niayesh Hwy, the highway bordering the lot to the south, offering itself to the view of the drivers who speed along the highway without looking too closely at their surroundings. The Mellat Park Cineplex fits into the park like a natural element and in turn rejects any idea of geometric division of its parts, recreating the dynamism of the floor plan on its facade and adapting it to suit the functional needs of a place of entertainment. The longitudinal cross section reveals the subdivision into two blocks, the basement and the block above it, which extends from the ground floor up to the restaurant on the top level. The link between the basement and the ground floor, which contains 4 movie halls with 300 seats each, is represented by an extensive central plaza open on both sides, a modern interpretation of the eyvan, the courtyard with a vaulted roof typical of Islamic architecture. This is the building’s open heart, a site for public events and a passageway serving as a symbolic gateway between the city, the park and the mountains to the north. Vertical links to the movie halls and other areas (bookshop, coffee shop, offices and exhibition gallery in the basement) set off from the plaza, in the form of cement ramps which rise and fall along the fluid lines inspiring the building’s design, ideally continuing the winding paths of the park.
The imposing vertical structure of concrete and steel, left in view as an exaltation of the power of its rough unfinished surfaces, is associated with the transparency and horizontal lightness of walls made entirely out of glass, so that people walking along the ramps between the levels inside can look out over the park on one side and the city on the other.
A visual and architectural landmark integrated with its surroundings, Mellat Park Cineplex is a landmark built to allow people to look out the landscape and note the specific urban qualities of the city of Tehran. 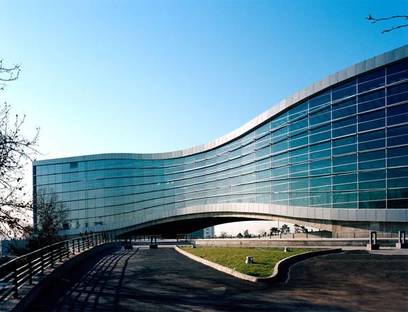 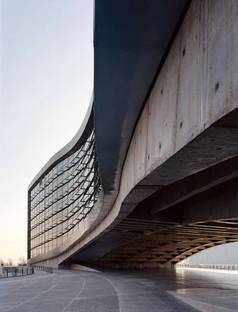 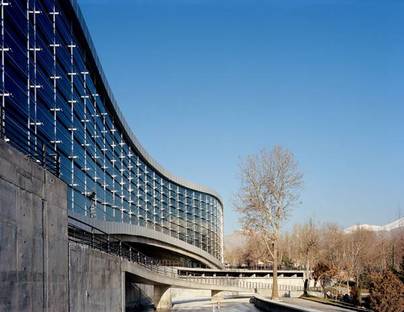 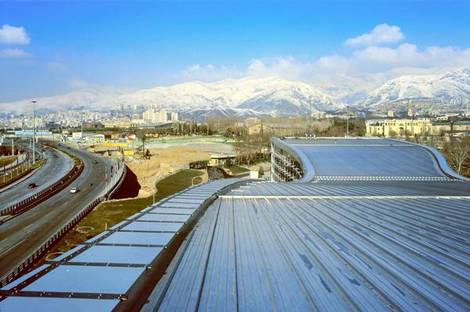 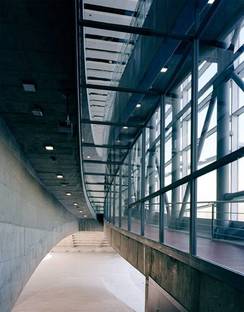 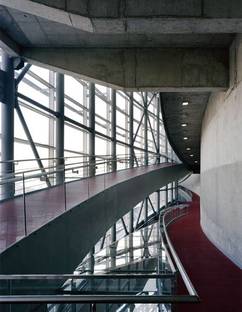 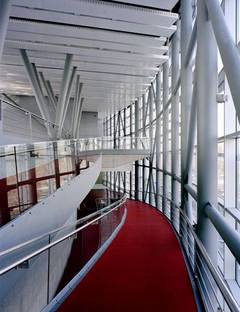 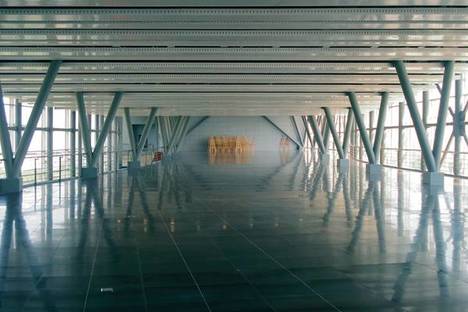 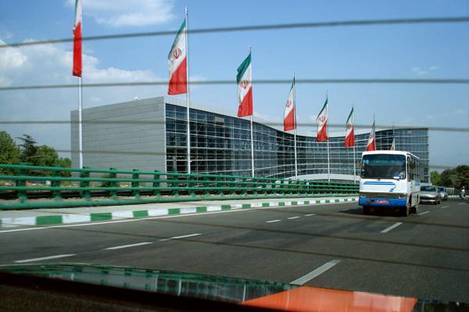 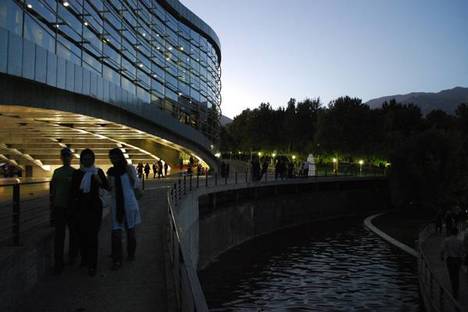 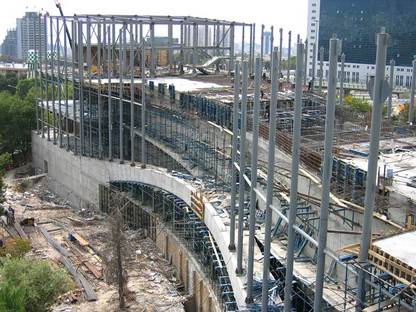 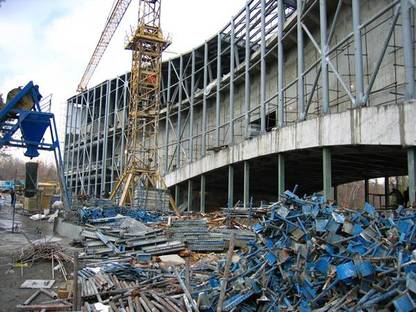 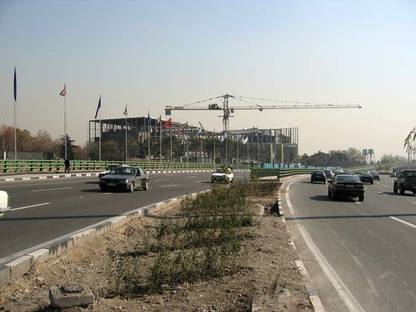 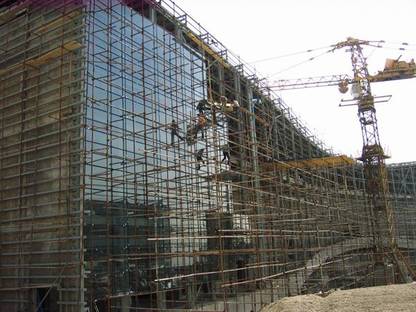 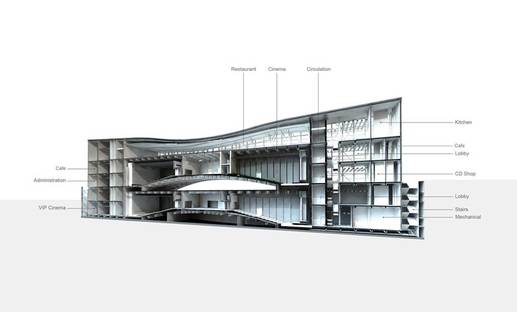 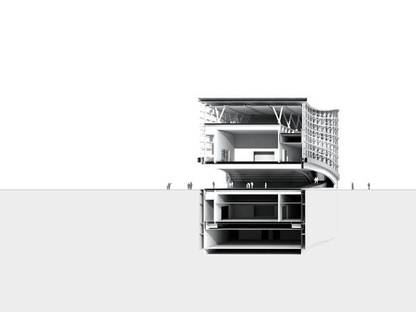 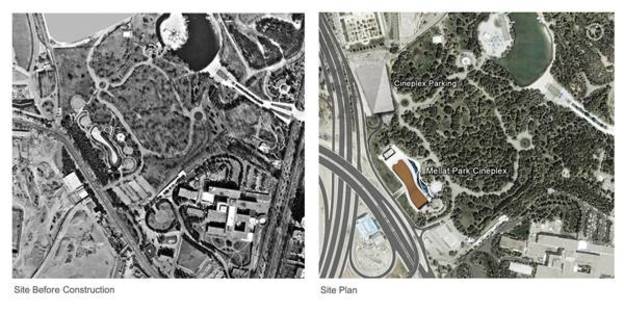 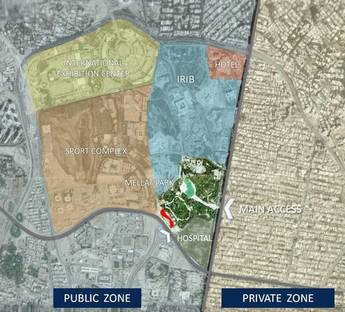