For the new Finmeccanica offices, built in Rome in Via Scialoja, the architectural firm Progetto CMR, headed by Massimo Roj, made specific choices, dictated by practical issues and interpretation of corporate values. 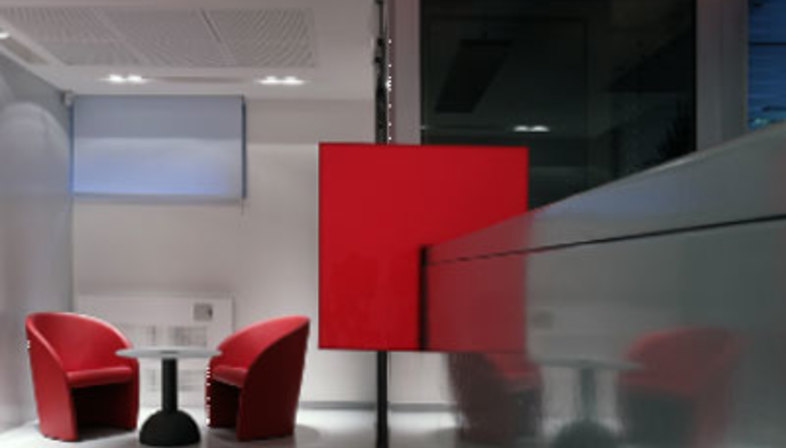 By concentrating the offices of five companies in its group, Finmeccanica wished to strengthen its image from the architectural point of view too, setting up a whole building in which the separate offices share operating areas and facilities, without any physical separation.
Innovation, integration and a sense of belonging therefore guided the choices made by Progetto CMR, who have specialised in optimising working spaces for many years.
The project, developed in close cooperation with the Real Estate & Property Management organisation of Finmeccanica Group Service (now Finmeccanica Group Real Estate) totally redesigns the layout of the premises and the image of the chosen building: a modern building dating from the 1970s, located in the centre of the capital, with a continuous facade in coloured glass, rising 5 floors above ground, as well as an underground garage and a basement, and a total surface area of 3000 square metres.
What was needed, therefore, was an authentic restyling of the interior that focussed on using colour to identify the various areas: bright red to denote communal areas such as the reception and corridors, alternated by various shades of grey for the floors. The whole idea was to underline the fact that the offices share the same building and belong to the same group.
The conventional closed cell layout of the offices is designed to provide the highest level of flexibility and practical aspects: each floor has conference rooms and refreshment areas, but the top floor has a serious of more formal rooms, while the shared services are provided in the basement.
Clean lines, movable walls in horizontal slats, PVC flooring, glass doors convey a sense of transparency; furnishings and lights in minimalist style, integrated with new technologies, give a strong connotation to all areas. These are all details that distinguish the offices, giving them a clear-cut image and emphasising their personality.
The fundamental aim of the project, that is to convey a new company image, to create the perception of an increasingly more corporate management, which is coordinated, unified and strong, derives from this kind of redefining of areas, designed for shared use almost as if they were "parts of a whole". 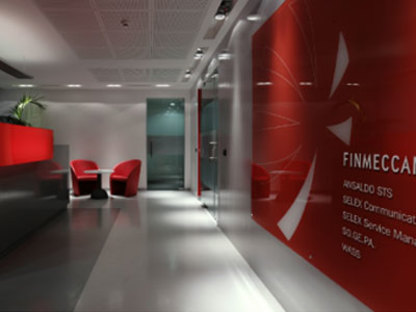 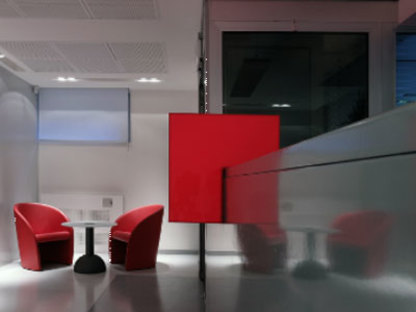 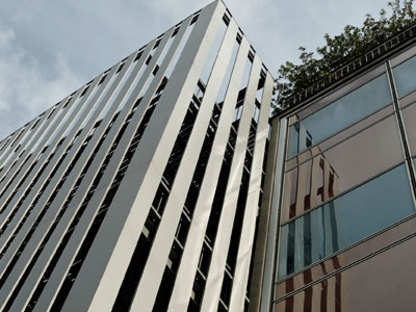 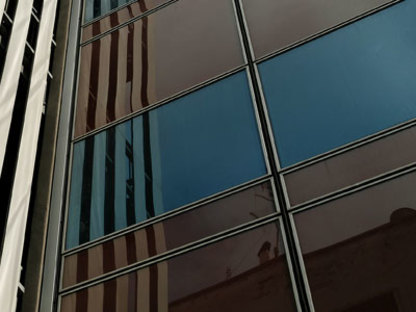 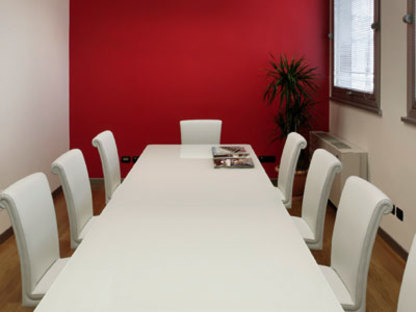