An interesting destination for those spending their summer holiday in the northern part of the United Kingdom is the Yorkshire Sculpture Park. It is a site of international importance for the exhibition and production of modern and contemporary sculpture, and since March 2019 visitors have been welcomed by the new visitor centre designed by Feilden Fowles Architects. 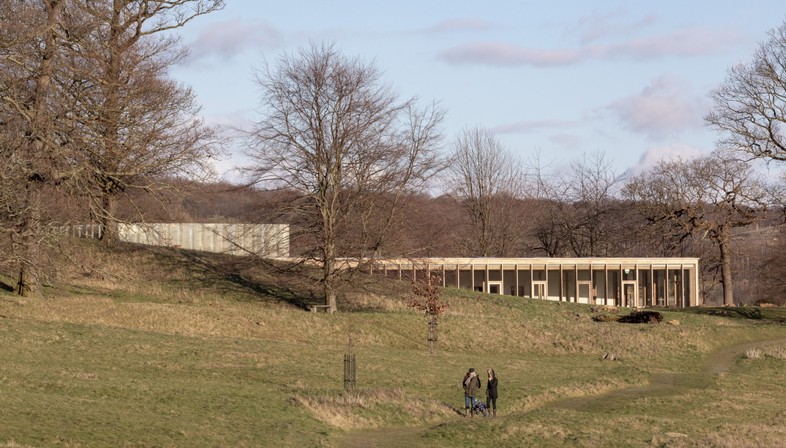 In West Bretton, near Wakefield in West Yorkshire, UK, the park of a large 18th century country estate, Bretton Hall, hosts the Yorkshire Sculpture Park. Inaugurated in 1977, it was the first sculpture park in the United Kingdom and houses works by international artists, including Henry Moore and Barbara Hepworth. The sculptures are spread around in the green space and integrated into the landscape, and the park is completed by a number of structures for exhibitions and other functions that require indoor space. Of these, the new visitor centre was inaugurated in March 2019, with a gallery called The Weston, designed by Feilden Fowles Architects. The project has been shortlisted for the 2019 Riba Stirling Prize, the most prestigious award bestowed by the Royal Institute of British Architects. 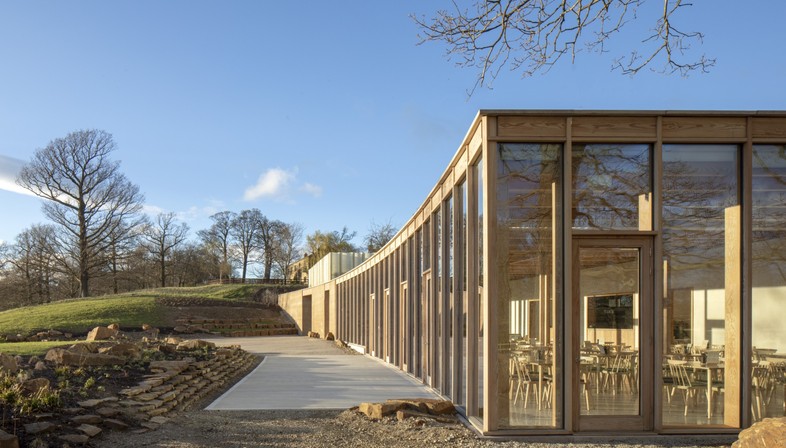 For the Yorkshire Sculpture Park visitor centre, The Weston, the architects of Feilden Fowles respected a characteristic of all the works included in the park: the establishment of a close relationship with the natural landscape and therefore with the park itself. The new building was erected on the eastern border of the park in an excellent position for the entry of the majority of visitors and taking advantage of the site of an abandoned former stone quarry. This area allowed a perfect integration between architecture and landscape, and unequivocally determined the form of the building. Visitors are received by a large wall, 50 metres long, the presence of which gives the perception of the visitor centre as a monolithic building with only one opening, the entrance. The wall is made of concrete, but local inert materials were used in the preparation of the material, giving it a particular effect and colour. The building thus appears to be cut into the ground and seems, exploiting the position of the quarry, partly buried in the landscape. The wall is to all effects a point of passage and also serves an “isolating” function. Passing through it, visitors access a calm and relaxing space, far from the noise and confusion of the nearby road, a situation that is psychological but also physical. To the west on the inner side of the park, the building reveals its true nature: it is not a monolith but rather appears as a wood and glass pavilion. Its large panoramic glass wall curves gracefully following the natural lines of the landscape and giving visitors inside stunning views of the park. All the architects' choices were functional to this role as a large panoramic terrace set into the landscape, such as the wooden structure of the pavilion which creates a warm and almost home-like atmosphere for both the visitor centre and the adjoining café; the service premises instead are hidden from the direct view of the public and well integrated into the structure of the building. 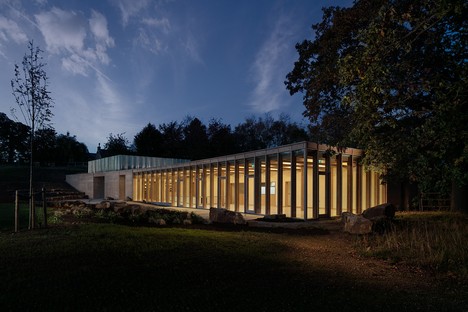 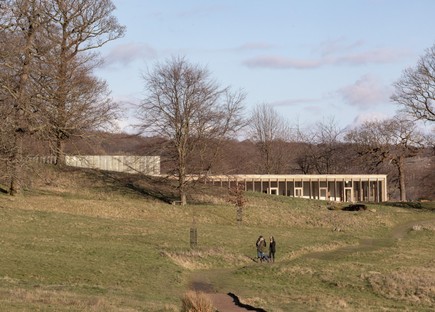 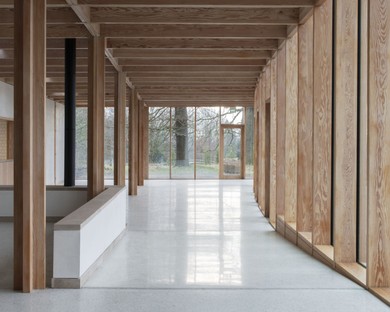 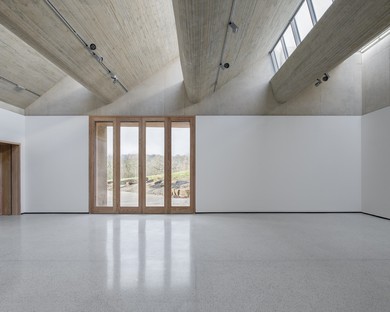 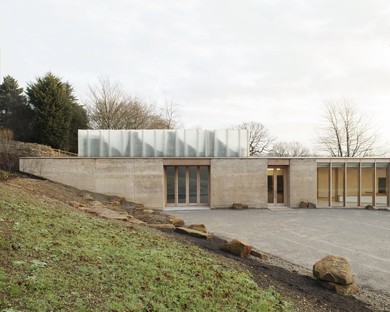 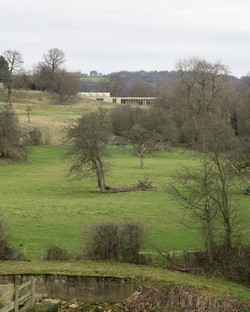 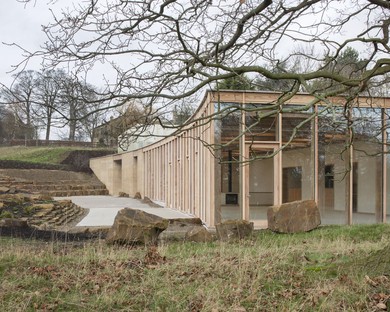 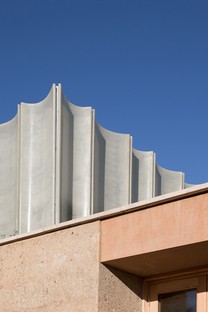 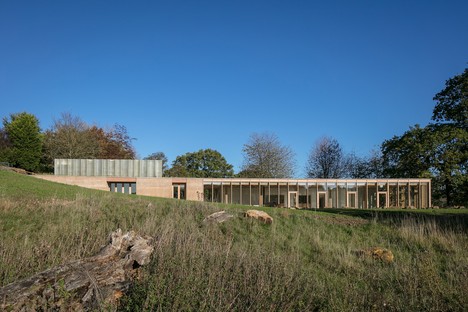 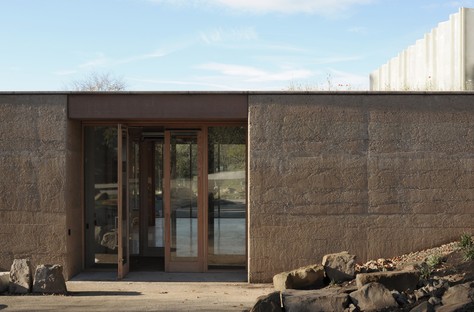 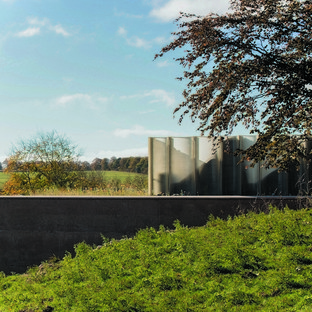 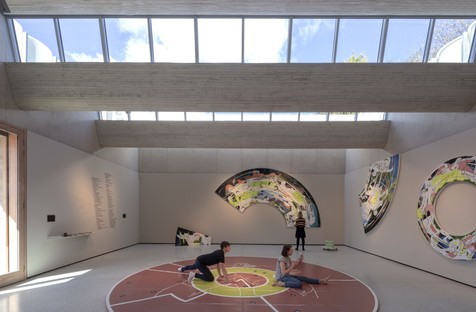 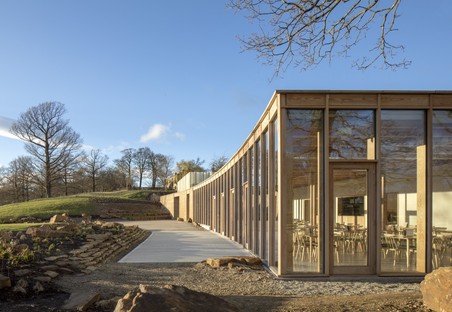 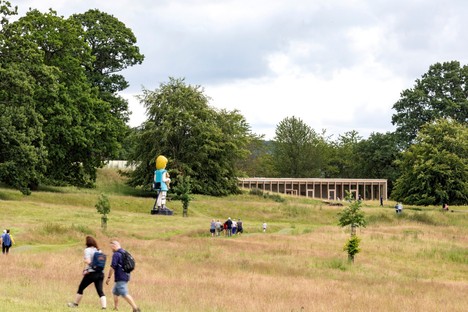 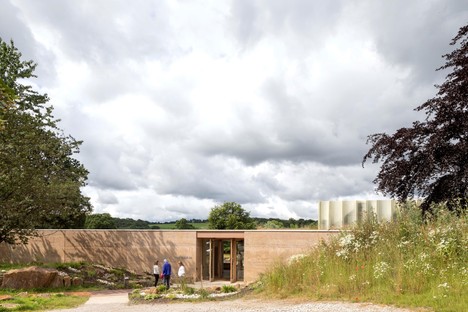 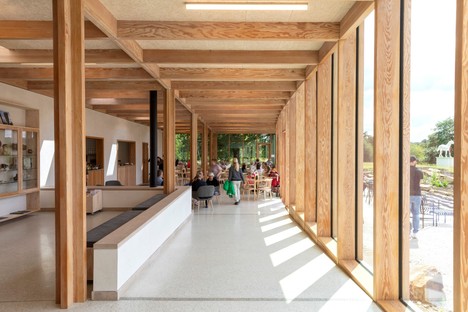