The plan for expansion of Vicar City Hall, in Spain, expresses a strong, mature, poetic love of materials. 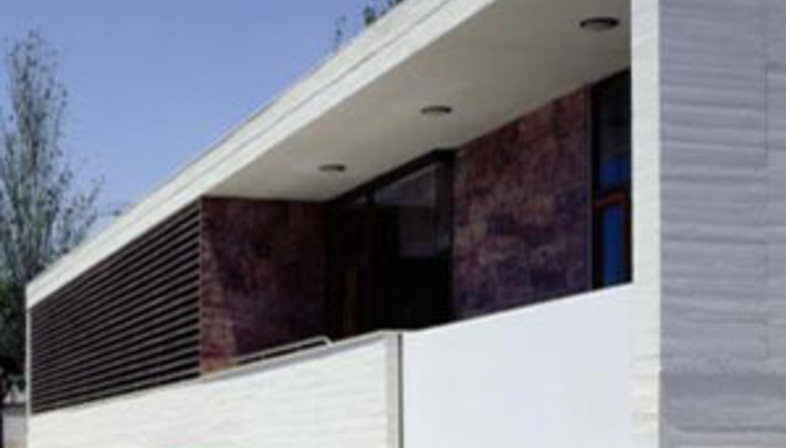 With their expressive statements, the interactions among their colours, the meeting of different textures. The building by Simone Solinas, Gabriel Verd + Nicolas Carbajal, working together under the name Solinas Verdes Arquitectos, fits into the city around it with a clean, simple volume, geometrically hollowed out with precise, elegant gestures.
A white parallelepiped, apparently raised above the ground as if suspended over a dark base, offers itself up to the city in an idiom based on purity of forms and the relations - always extremely refined - among the souls of various different materials. Macael marble encounters dark red stone, both from local quarries: the impact of the contrast, of the juxtaposition of white with the warm colour is sharp and decisive.
Stone is used in both the cladding on the upright surfaces and on the horizontal strips of the sunshades. At a certain point wood joins in, defining the outlines of the doors leading into various different areas.The entrance is cut into one of the two longer façades, which looks like a screen in the city.
The interaction between the indoor environment and the city scenario is mediated through a series of strips of stone modulating natural light and filtering the interior's relationship with the outside. 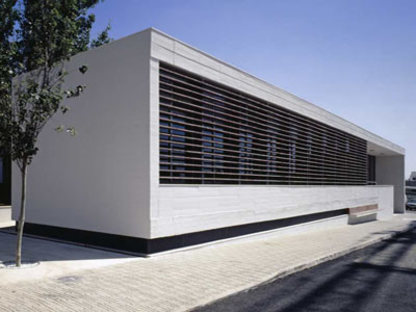 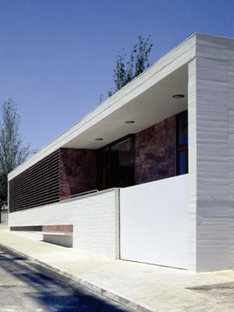 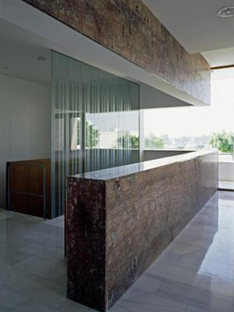 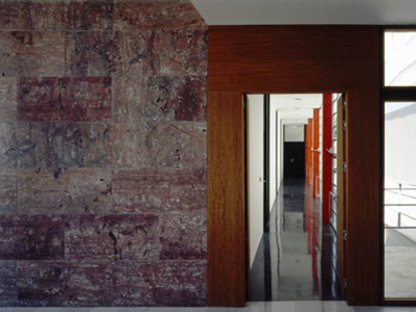