Like much of Eric Owen Moss' work, "What wall?" is the result of a project carried out in the former industrial district of Culver City. 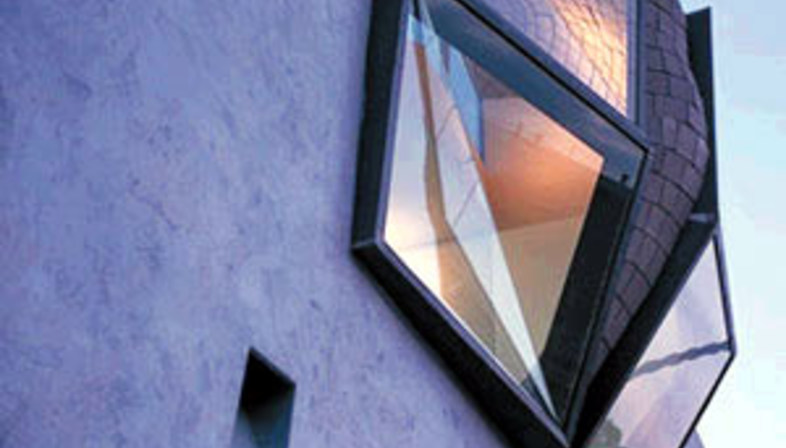 Another similarity with the architect's other works is the presence of a "strong" element in a structure characterised by regular lines and simple geometry.
It is in fact a former industrial building, recovered and partially transformed to house the offices of an information technology company. The clients asked for a flexible space that would encourage interaction among different areas and the people working in them.
This need was met by assigning a strategic role to the inner courtyard, the space where all the other areas start out from and through which they are always potentially interconnected. But none of this is visible from the outside, which is a continuous wall 9 metres long. This is the building¿s true façade, made up of 20 concrete blocks cut to measure.
The fluidity of this perfectly regular surface with no openings on the upper levels, so that it looks like a simple wall, is interrupted by three sets of two windows which are quadrangular but very irregular in shape. These windows with their sharp steel outlines create a sharp contrast of forms and materials with the structure they cover, which tends to be rounded.

Similar in size, the windows differ in position and in the way they seem to want to cover or "grasp" the "protuberance" on which they are placed. It is also irregular in shape, allowing the windows to let daylight into the executive offices inside.
This is where the architect has focused his attention, reducing work on other parts of the building to a minimum and simply recovering and converting them for new uses.
This strategy reveals Eric Owen Moss' predilection for the unexpected, for contaminations, but above all for a form of evolution in which nothing is left to chance, but there is a continuous striving toward the new, an ongoing experimentation with new solutions. It is precisely the contrast between the wall and its sudden transformation that gives the new building its name: "What wall?". 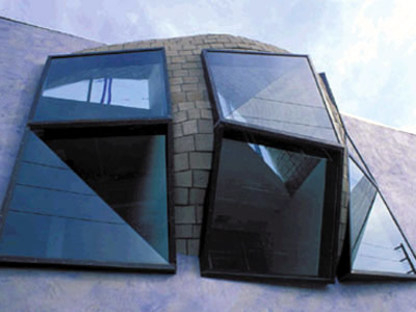 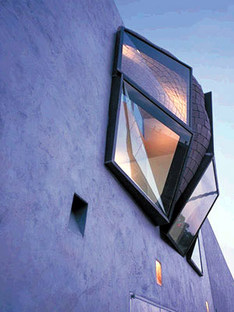 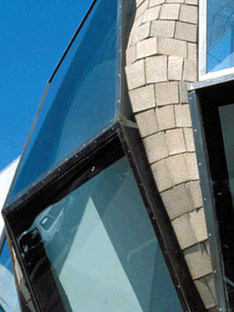 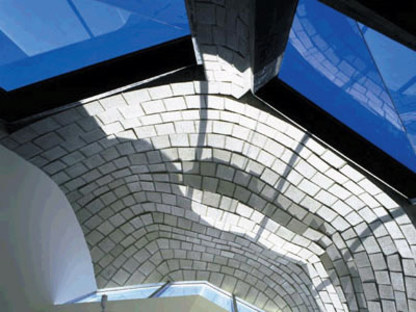 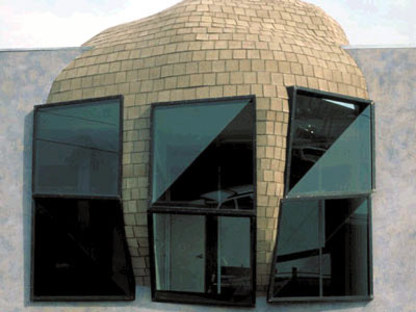