Rose House, built by architects Tina Engleen and Ian Moore between 1998 and 2000, is not so much an ordinary residence as an inhabitable panoramic platform. 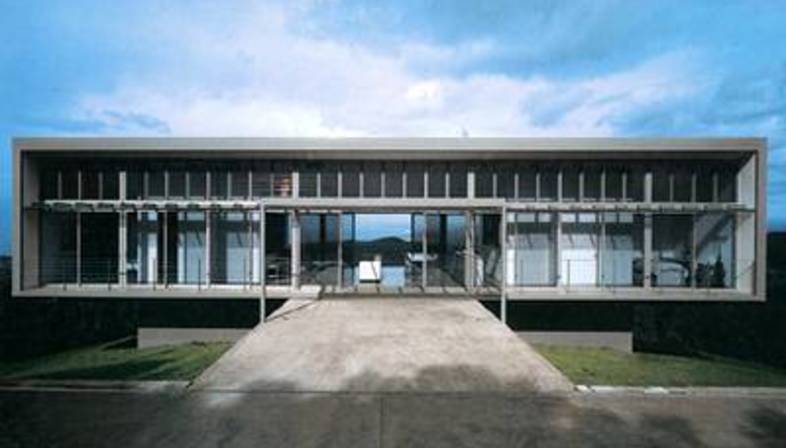 The owners, Maria and Peter Rose, wanted an unconventional home that would suit their family's lifestyle and allow them to make the most of the splendid view offered by the location.
The home is located in New South Wales, about two hours from Sydney, on a site overlooking Werri Creek lagoon, on the slope of verdant hill leading up to Saddleback Mountain observatory.

Engelen and Moore attempted to make optimum use of the slope of site by building the house near the road on the upper edge of the lot, where the slope is less steep, constructing it on the north-south relief for better exposure.
Rose House is a long rectangle suspended over the almost symmetrical slope extending from east to west, with the northern and southern facades entirely glassed-in and the eastern and western ones covered in painted, fretted sheet steel.

This roofing material is used in obeisance to the local tradition of constructing sheds of wood and sheet metal as shelters for animals; this tradition also inspires the veranda serving as a shelter and filter and the overhanging roof of sheet metal.
The roof overhangs Rose House along its entire length to protect the large sliding glass panels of the facades from the sun and the weather.
Engelen and Moore used a lightweight structure allowing them to lift the building off the ground in order to minimise its impact on the land.

The concrete slab forming the floor in the house is supported by two exposed steel beams running the entire length of the building and resting on two blocks of reinforced concrete, protruding 3.5 metres at the east and west ends. This type of structure promotes natural ventilation underneath the floor of the house, offering better climatic conditions inside.

The blocks which are the home's only contact with the earth are used as storage areas at the lower level, while their upper level forms two utility areas which divide the interior of the home into three functional areas.
The eastern part of the house contains the Roses' bedroom; a dividing wall forms the headboard of the bed and outlines the entrance to the large walk-in closet and the bathroom.
Across from the bed on the eastern façade is a long rectangular window framing a beautiful view of the landscape, which may be darkened with an adjustable system of sunshades in the form of horizontal aluminium strips.
On the western side are the two symmetrical bedrooms of the Roses' teenage daughters, each with its own bathroom.
They are illuminated by the windows on the northern and southern sides of the house.

In the central part of the building, the area for daytime use, the kitchen, dining room and living room are located in a single large open area which the architects themselves have furnished with items of clean, elegant design.
The sliding glass doors may be opened to transform the living area into a huge veranda with extraordinary natural ventilation.
A reinforced concrete platform on the northern side of the house, protected by a shelter, provides the entrance to the house and connects it to the yard and garage.

The first thing the visitor notices upon entering the house is the spectacular view of Pigeon-House Mountain to the south. The utility areas are set back from the glass to afford beautiful views in all directions. 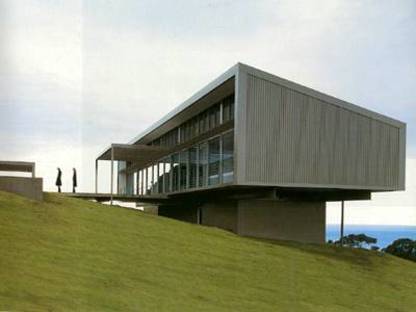 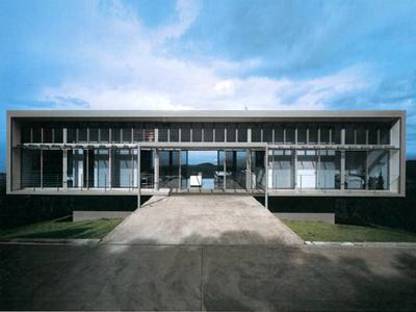 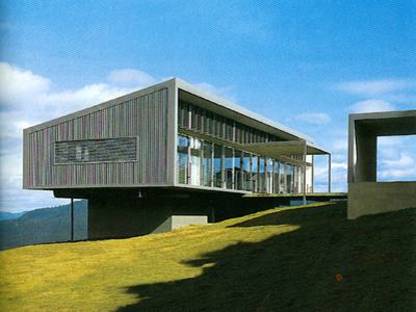 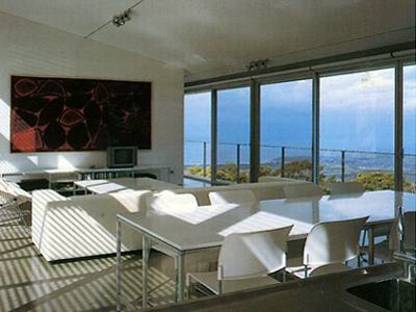 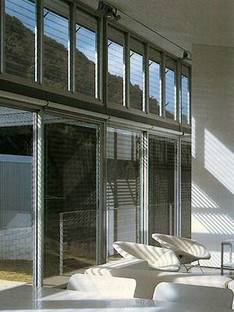