Aybars Asci, president of Efficiency Lab for Architecture, an American studio that recently completed the construction of the Telluride Glass House, located in the scenic Telluride Box Canyon in Colorado, has a rather fitting mantra: "Efficiency is beautiful". The structure is extremely simple, consisting of three juxtaposed glass volumes. The construction took just a few weeks, but the project was years in the making. As architect Aybars Asci always says, "sometimes complexity is the path to achieving such levels of simplicity". 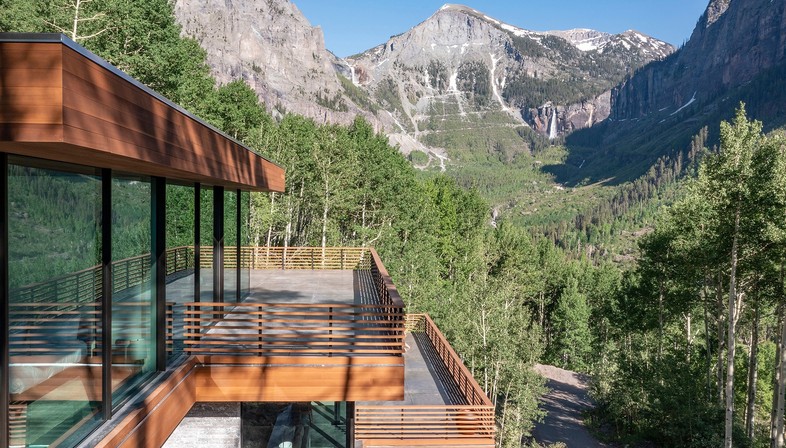 Efficiency Lab for Architecture is a Brooklyn-based US studio, which this year completed the construction of a luxurious mansion on the steep walls of Telluride Box Canyon in Colorado. The house is surrounded by Aspen trees – namely the Populus tremula – and has the distinction of having been built in just a few weeks. However, to be able to create the luxurious residence, characterised by simple, minimal features and set in a geographically and geologically difficult environment like that of the canyon, it was necessary to invest five long years in the design phase. As Aybars Asci, the president and founder of Efficiency Lab explains in relation to the philosophy with which the project was developed: “I came up with the idea of creating something breathtaking in just a few weeks, but it took years of careful refinements to bring the vision to life, while the general concept was quite simple, the project was a reminder that sometimes complexity is the path to achieving such levels of simplicity”.

Structurally, the house is configured as a series of three single-height square-plan volumes placed one above the other, following and carefully optimising the offset of the contour curves. As the architects describe in a press release: "Each 45′ × 45′ glass box is positioned in a moment of suspension, providing a horizontal approach to the vertical terrain". The Telluride House is characterised not only by its unique shape, but also by the fact that each exposed side of the three volumes is covered in glass, thus opening up wide panoramic views of the Colorado landscape for its inhabitants. In a lot that covers nearly 1.5 hectares, Efficiency Lab has in fact obtained almost 650 square metres of floor area, while paying very close attention to the optimisation of the ecological and environmental footprint. In fact, even the exterior colours of the house have been carefully studied in tones similar to those of the surrounding landscape.

Stepping into the Telluride House, the environment is characterised by flat northern cedar ceilings, designed with recessed lighting, with the precise purpose of eliminating anything that blocks the view towards the Canyon’s nature. The floor extends seamlessly between the interior and the terraces on the second and third floors, interrupted only by the windows, where the structural elements have been reduced to the maximum, once again to ensure that the inhabitants of the home can enjoy the panoramic and breathtaking views offered by the area. Sitting at more than 2700 metres above sea level, the insulation of the windows proved to be a challenge, in turn solved through the insertion of capillary tubes to mitigate atmospheric pressure differences between the manufacturing site of the insulated-glass and the home's high altitude.

The layout on three levels provides a separation between privacy and common areas. The entrance to the house is located on the ground floor, where a first hallway and a stone living room can be found adjacent to the garage, to the guest bedrooms and to a games room. Ascending to the middle level, a large open space accommodates all the common spaces of the Glass House including the kitchen, a large living room and a dining room. Finally, the upper level is reserved for the three bedrooms. To conclude, in architect Aybars Asci’s words: “There is a sort of symbiotic relationship, where the cantilevers create a delicate connection between the light-footed house and the majestic mountain. From my very first visit to the site, I knew that this project would require decisiveness and clarity and that it would draw upon everything that I have come to know and feel like an architect.” 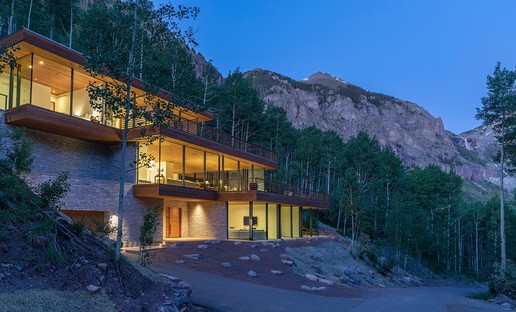 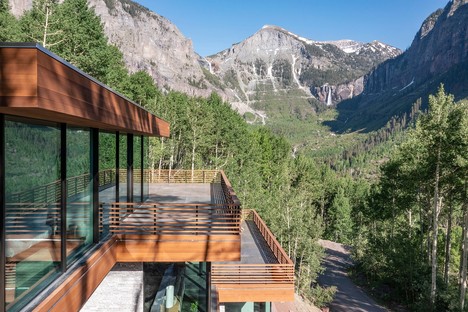 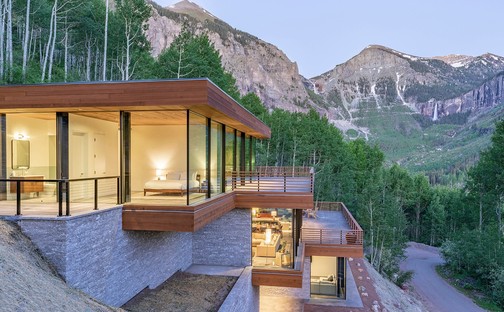 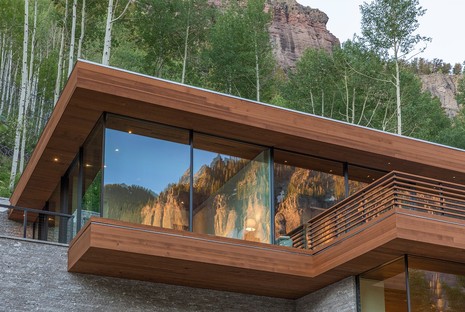 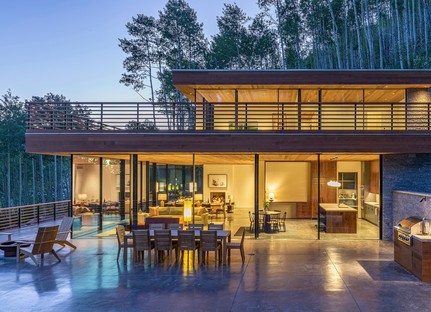 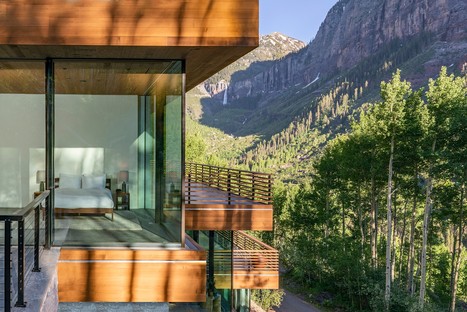 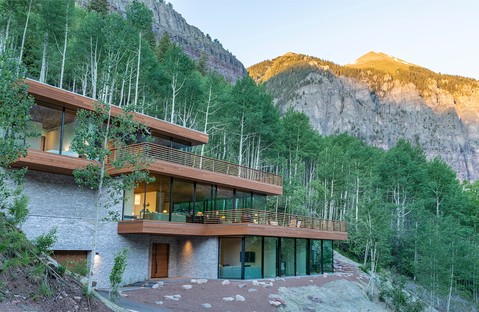 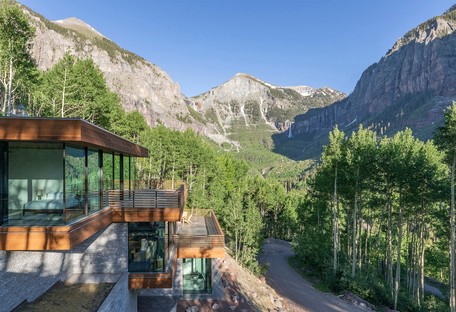 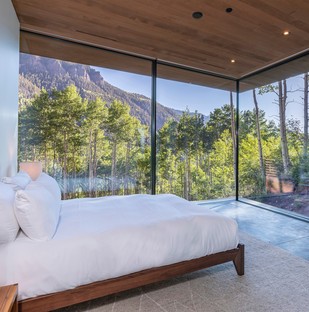 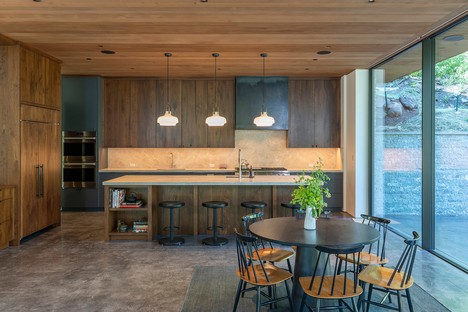 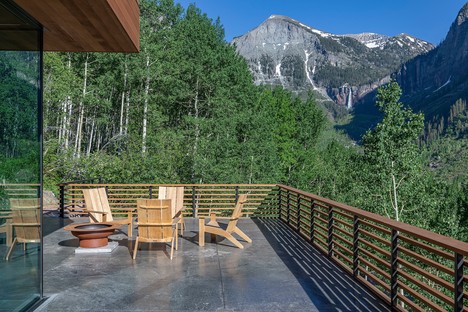 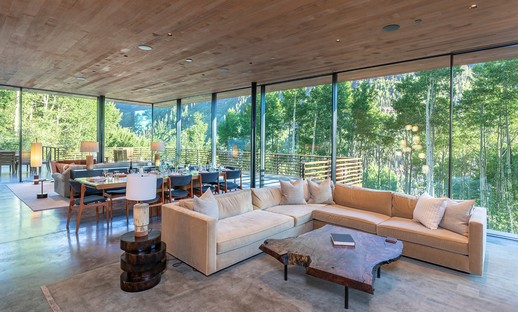 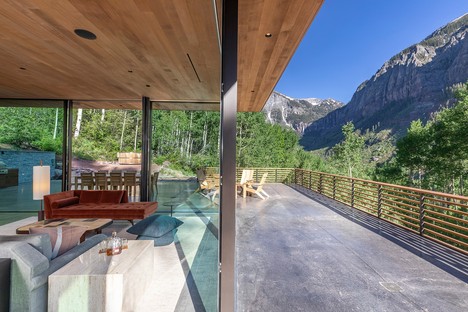 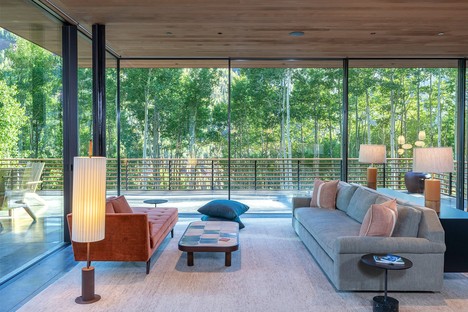 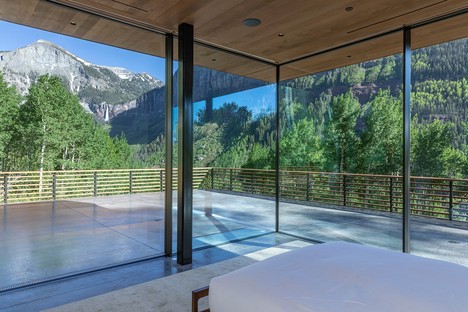 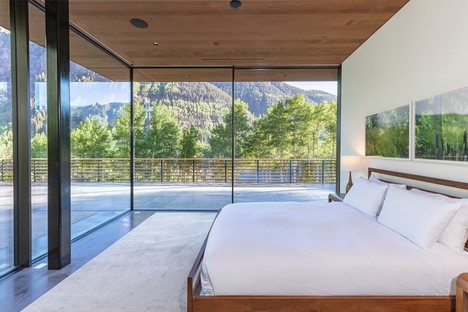 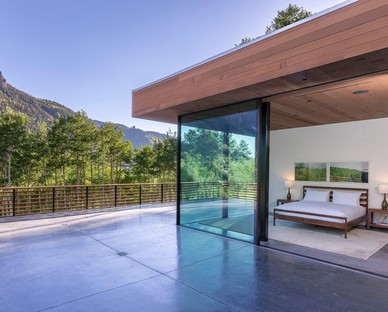 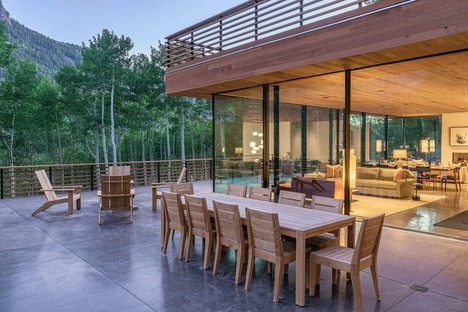 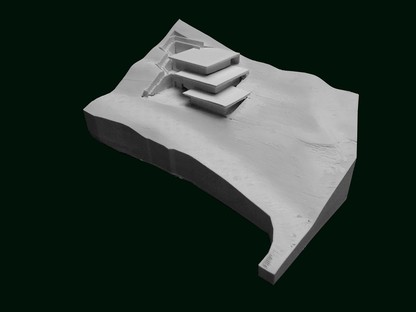 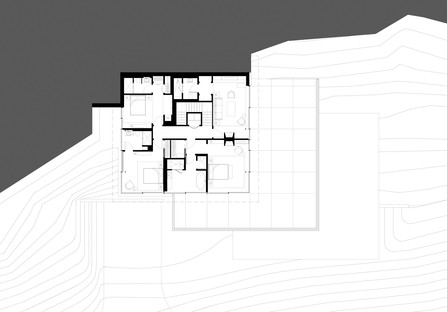 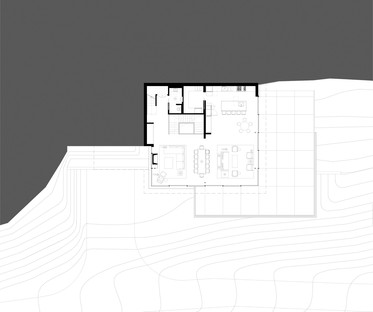 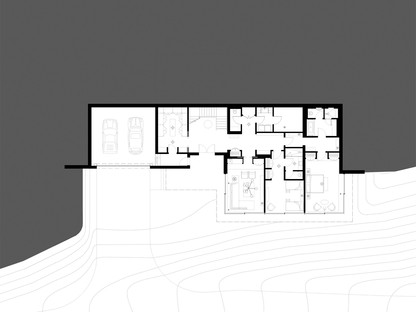 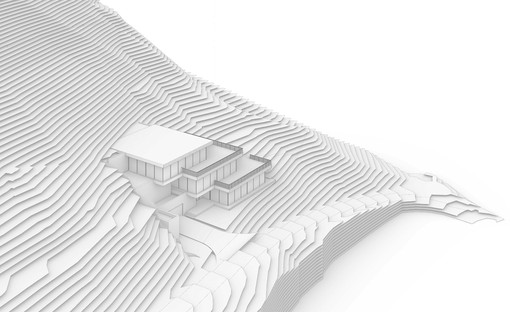 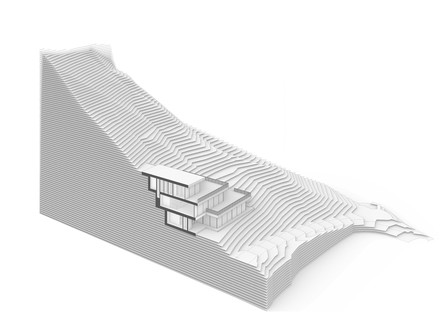 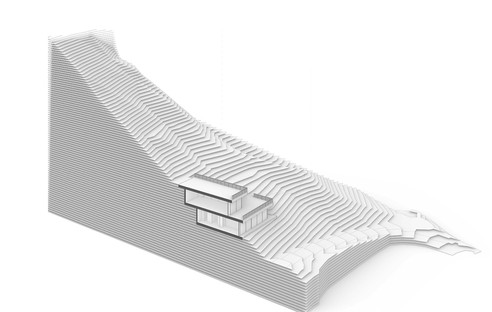