Educatorium, Utrecht: an example of a sustainable building

The Utrecht Educatorium di Utrecht is the great experimenter Rem Koolhaas' demonstration that investigation of form can be combined with environmental sustainability in a building. 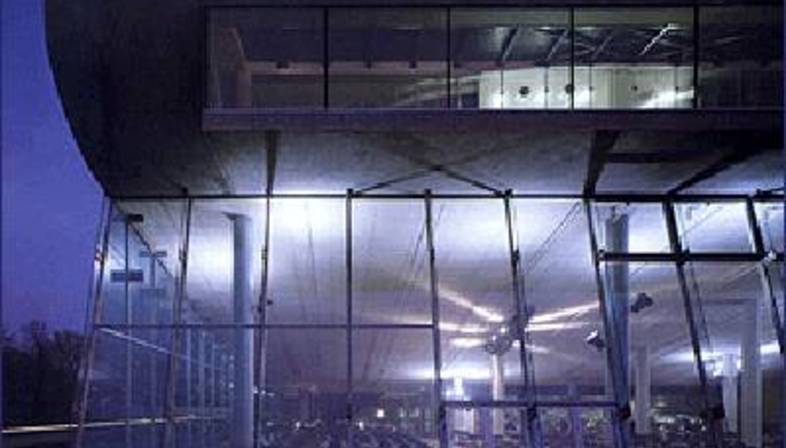 This 1997 building cuts consumption of materials, energy and water while attempting to provide a new identity for Uithof, a University of Utrecht campus.
The Educatorium combines two existing buildings dating from the 'sixties by means of a hybrid glass and steel construction divided by a strip of cement whose lines reflect the trajectories of student life and identify various functional spaces.
The building covers 11,000 square metres and hosts two theatre-conference halls (for 400 and 500 people), three examination rooms, a number of study rooms and a 950-seat canteen.

Koolhaas studied the project's sustainability with the aid of architect Cristophe Cornubert, another member of the Office for Metropolitan Architecture (OMA) specialising in sustainable alternatives to materials with harmful effects on the environment.
The two architects have created a building which attempts to cut energy consumption and carbon dioxide emissions while supplying good light and temperature conditions in the interiors through control of natural lighting and of the heating and cooling system.

To minimise dispersal and consumption of energy, large surfaces of insulated glass on the northern and western facades guarantee optimal incidence of the sun's rays, allowing heat to accumulate by the greenhouse effect and saving on electricity for lighting.
In the study room, natural lighting is optimised by low windows offering views and high windows for lighting, conveying rays of light toward a light-coloured ceiling which intensifies the light and reflects it down to the reading tables.

In the summer the eastern façade, which is also completely made of glass, is shaded by large trees, while the southern façade employs a combination of semi-automatic screens which allow light to filter through in different ways depending on how the building is being used inside.
The building's heating system makes direct use of the university's cogeneration plant, exploiting an underground heat accumulator which is also used for the hot water heater.

Cooling is achieved by a passive ventilation system exploiting the phenomenon of cool air at night and the building's ability to accumulate heat without any additional mechanical systems.
The flow of air in the building is obtained by balanced ventilation based on movement through hollow floors and self-regulating air intakes.

The bay covering the theatre-conference halls, generated by the curve in the cement strip dividing the building, is interesting not only from the compositional point of view but also as an example of sustainable building: its extrados is covered by a lawn providing better thermal and acoustic insulation for the interiors and offering a pleasant green view from the study rooms overlooking it.
The architects also took care to save water using Gustavsberg toilets, which need only four litres to flush, cutting consumption by 50%.
The cement structure is left exposed, and less cement is used, a thickness of 20 cm instead of 60 cm, characterising the building's appearance and confirming that sustainable architecture can be good architecture. 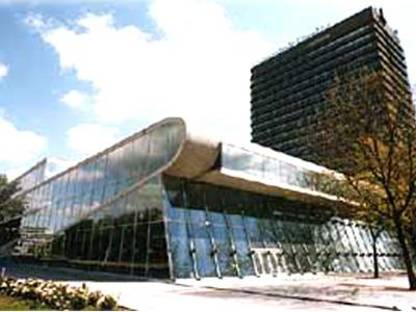 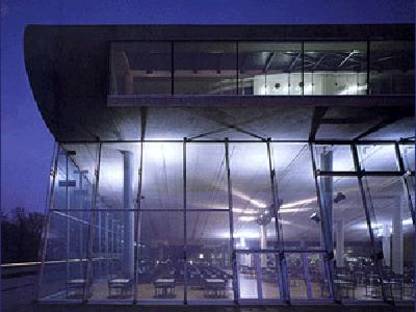 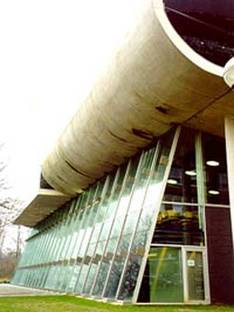 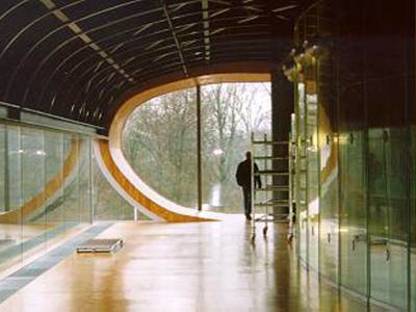 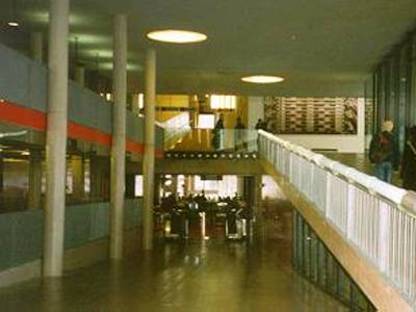