Beachcombers in Littlehampton, a seaside resort on the southern coast of England, will find a strange big shell on the beach. 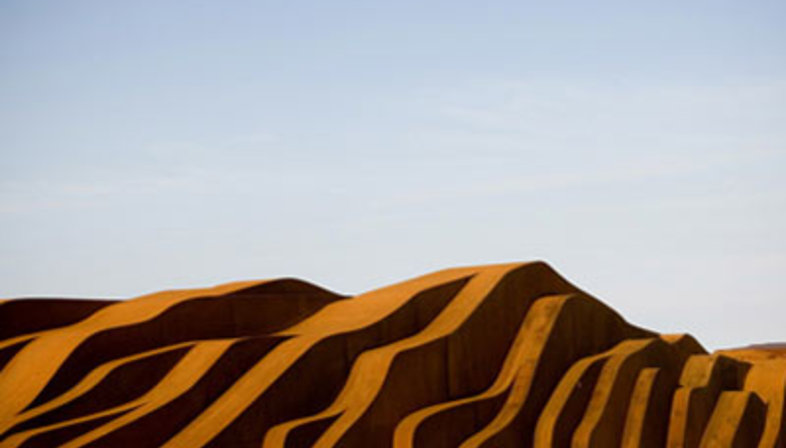 It's actually a seashell-shaped kiosk. The East Beach Cafe is designed by Heatherwick Studio, a group of young architects based in London who are particularly interested in the relationship between architecture and sculpture.
The bar¿s shape is inspired by a motion-filled, fluid, organic idea. It picks up on the ocean waves and the layers in the rocks; it rests on the beach like a shell washed up by the tide, like a home for sea life.
It is a dense, deep copper brown colour, responding strongly to the hues of the land it sits on and dialoguing with the sea through the interaction of colour. It seems to declare the action of weather immediately, the moods of the winter sea on it: "the building is raw and weathered".
The architects say that the kiosk is an allusion to the driftwood polished smooth by the sea and washed ashore. The East Beach Cafe is a long, thing object which looks as if composed of a series of "slices", each 30 centimetres thick, on a diagonal axis with motion created by the interior space, making its section continuously variable. It opens up toward the sea with a glass façade establishing an osmotic relationship between inside and out. A series of shutters protect the kiosk at night.
The metal shell is covered with an oil-based finish permitting creation of a patina like that of rust but with no effect on the structure. Littlehampton beach, often dull and frequently the target of vandalism, has been brought back to life by this curious object extending into the English Channel.
As Stephen Bayley writes in The Observer: "Before me, a prospect of grey in which sea and sky could only be distinguished by their different textures. The ennui was oppressive. But something wonderfully odd, something rich and colourful, was happening down on the deserted shingle of East Beach. A supine workman was rolling sealant onto an extraordinary metal structure, already weathering nicely in the spume." 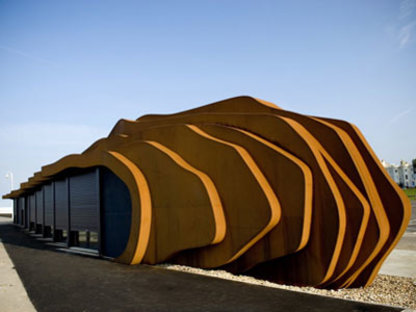 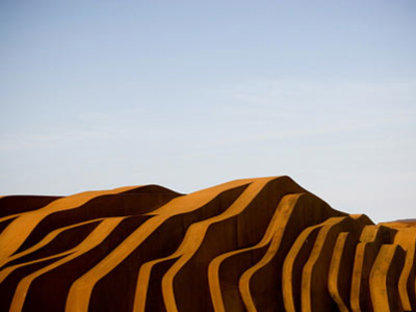 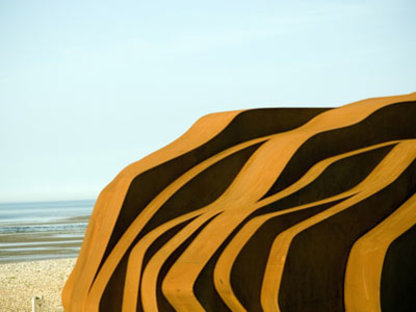